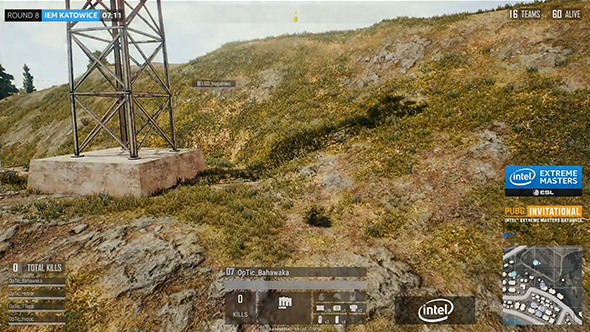 OpTic Gaming finished in second place at last month’s IEM Katowice PlayerUnknown’s Battlegrounds Invitational. However, that finish will no longer hold, as event officials have retroactively disqualified the team from one round of the competition for abusing a bug.

Get the latest details on PUBG’s new maps.

In the eighth round of the tournament, OpTic’s Bahawaka appeared to make use of a wall glitch to look beyond an interior wall. You can see the glitch in the clip below.

When reports about the glitch began to circulate after the tournament, Bahawaka responded on Reddit, saying “We were playing with ear buds and noise canceling headphones on top. This leads to poor noise quality. I hopped in the corner to get as close as physically possible to their car rotation to track it’s movement. If you watched the match live or are familiar with the terrain, there’s no benefit to having vision of that hill during that scenario.”

However, IEM officials were not convinced, and have stripped OpTic of the points awarded in that stage of the tournament. They cite a rule against “intentionally changing your character’s angle to look through a texture or object” in their explanation.

“Given the bug can only be abused by following a certain pattern, the league administration have found OpTic Bahawaka guilty according to 5.6 of the rules. Followingly, the league administration have decided to disqualify OpTic Gaming for game 8 and therefore remove all of their points for that round. All teams placing worse than OpTic Gaming in game 8 have moved up one position for game 8 accordingly.”

OpTic now finish fifth overall in the tournament, dropping from a $12,000 second place spot to leave the tournament with no prize at all.