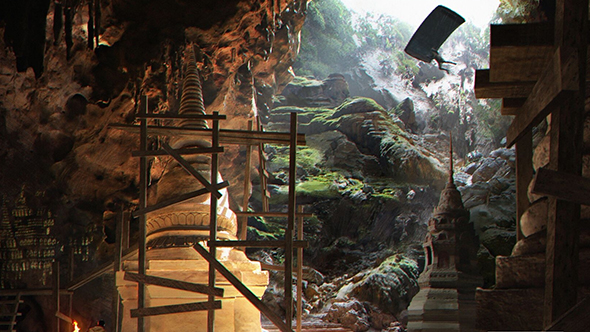 After two rounds of testing, PUBG Corp have plenty more left to try with the upcoming Savage map. They’ve already added new locations, and some even more substantial additions are on the way – like a big underground cave system which you can dive into directly from the plane.

Inspired by a cave system the team explored during a research trip to Thailand, the ideas are detailed in a new Steam Community post. The idea is for there to be a major entry point that you can dive into from the plane, with multiple exits once you hit the ground. You can get an idea of how it’s looking with their concept sketch. 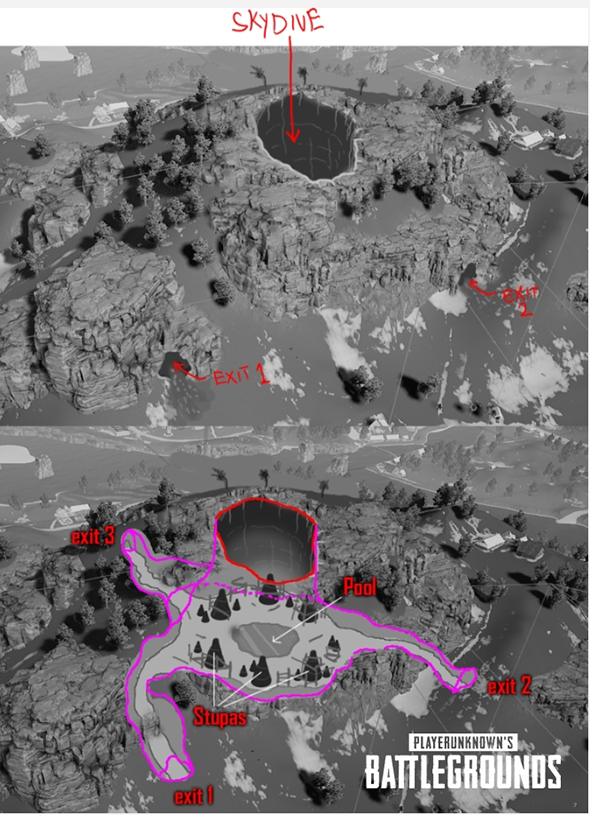 There’s still some work to go before the addition is ready to hit the map proper, but the developers plan to implement it within the “next couple of testing phases.” New weapons and vehicles are also on the way, including a Tuk Tuk.

Erangel already featured a handful of underground areas and bunkers, but this appears to be a much more substantial addition that should have a bigger effect on the flow of matches. Savage is also getting a smart blue zone, and we’re looking forward to seeing how armoured vehicles shape up in the new event mode.