Do you need a PUBG guide? Now that the popular battle royale game has gone free-to-play there will be plenty of newcomers who are unfamiliar with PlayerUnknown’s Battlegrounds. Although, maybe you’ve been playing for years and just can’t quite capture that grand victory. Either way, we’ve got some top PUBG tips to help you succeed.

With its numerous maps and weighty gunplay reminiscent of a military sim (which isn’t surprising, considering this started life as an Arma 3 mod), new players face an almighty learning curve en route to their first chicken dinner. Once on the ground you will have to scramble together as much loot as you can find, make it to the randomly designated, constantly shrinking safe zone and duke it out with everyone else until you’re the last survivor.

Knowing the maps, tools of the trade, and some general PUBG tips and tricks will help you edge your way closer and closer to that esteemed rank #1 spot. So, whether you’re struggling to take down enemies over long distances, or you want to know which guns to look out for when looting, we’ve got you covered.

These are the best PUBG tips: 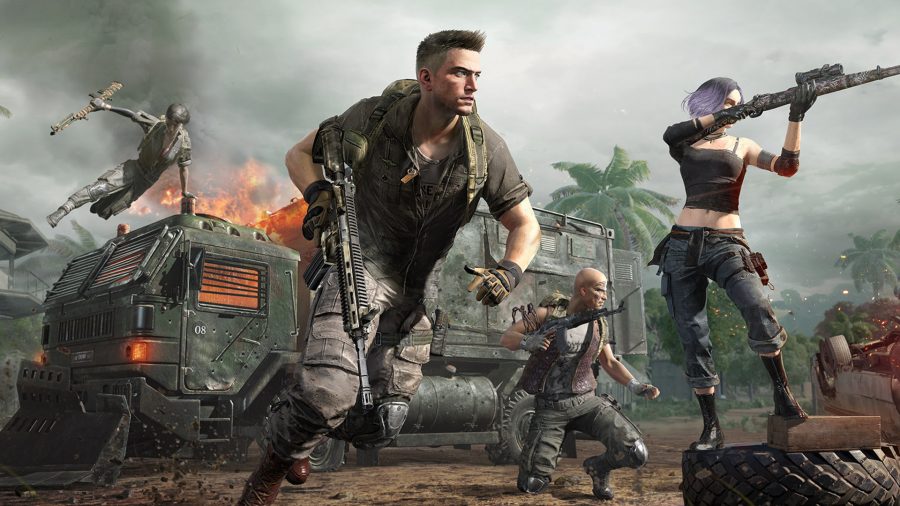 Even jiggling back and forth, leaning, or running circles can save your life in PUBG by never allowing the enemy an easy shot. This is especially important when aiming in a gun battle: you never want to make yourself an easy target.

Moonlighting as a parkour superstar also couldn’t hurt – the game is a lot more agile than it used to be and agile, aggressive plays are a lot more viable. Always look for some buildings or high ledges to climb.

Play the border, but also the blue

As long as you get yourself some decent healing options, playing /in/ the blue zone can be beneficial as it will keep you out of harm’s way for longer, and may net you some easy kills. You’ll also be able to loot for longer.

As you progress to the mid-to-late game, you’ll definitely be wanting to play the border of the safe zone regardless. This is a common tactic across all battle royale games, but you’ll want to advance in time with the shrinking safe zone, catching other players off guard as they often scramble to get to safety. 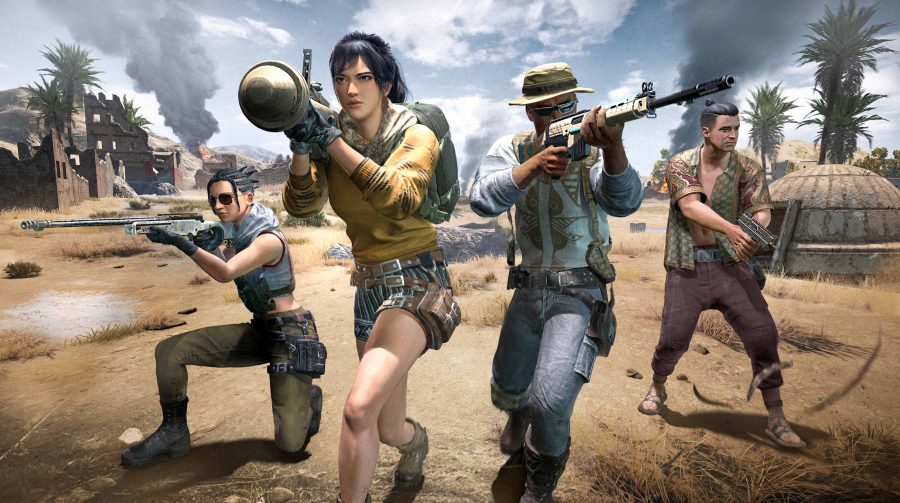 The right weapon for the job

Knowing what the best PUBG weapons are can be crucial. You might be tempted to use the high DPS weapons like assault rifles, SMGs, etc. but unless you’re able to effectively handle the recoil your shots will be wasted, and then you’ll be dead.

That said, assault rifles specifically are something to watch out for. They’re common enough in most PUBG matches. They can be used in any situation to great effect. If you manage to find an AKM or M416 and a few attachments you have a good chance of getting that chicken dinner.

Shotguns are secretly your best friend, though. Shotguns dominate in close-quarters, which is basically the closing minutes of every PUBG match ever. They might be common, but they are worth keeping around because of their one-shot kill potential. 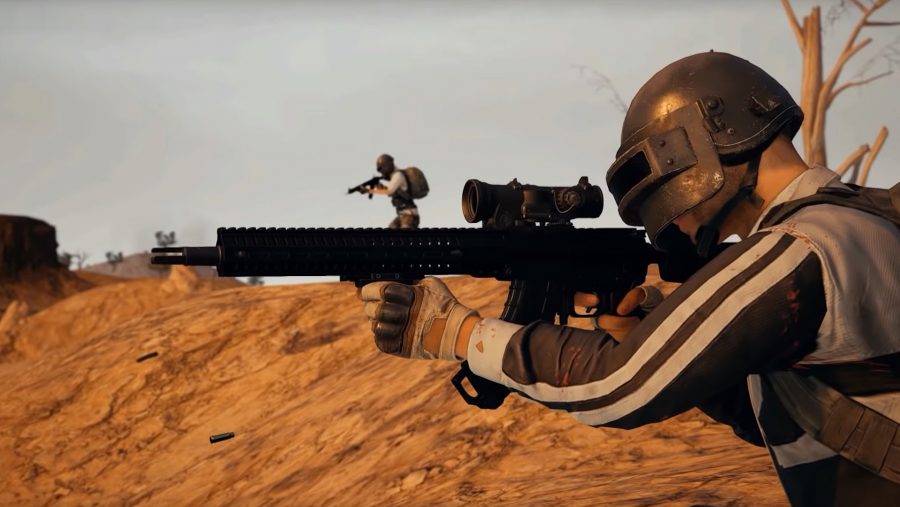 SCOPES ARE THE BEST ATTACHMENTS

Even the game’s best sniper rifle is only as good as the scope that’s fitted to it, and if you are relying on iron sights then you have already lost. Provided you can get your hands on a 4x or 8x scope you will be able to hold down any building in the game. You can also use scopes to scout out buildings from a safe distance, speaking of distances…

Scopes in PUBG all have a zeroing distance that is displayed when aiming down sights. If the given distance is 100 metres then that means your bullet will land exactly where you click up to that distance. If your target is roughly 200 metres away then you will have to aim a bit higher – learning exactly where takes hours of practice and trial by error, but paying attention to the zeroing distance makes the process a lot easier. Quick PUBG tip: you can also increase or decrease it with PgUp and PgDn.

You can also suss out distances using PUBG’s map. Each white square on the in-game map is 100m². Therefore, if you are in a long-range shootout, you can pull out your map, spot roughly where they are judging from landmarks, and count up how many white lines separate the two of you. Aim accordingly and you should be able to land that tasty long-range kill. 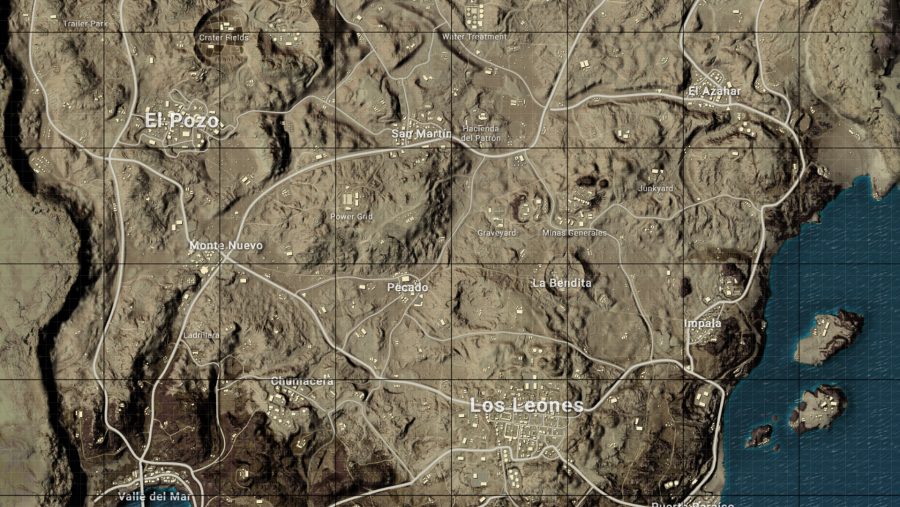 USE THE TRAINING MAP

The most difficult aspect of PUBG for many new players is handling the weapons. PUBG’s weapons have a lot of recoil if you’re coming from other shooters, so spend plenty of time in training mode getting used to the kick of different weapon types. You don’t need to learn the recoil patterns of every gun in the game before jumping into a single match, but having a feel for the weapons will save you a lot of time later on.

SUPPLY DROPS HOLD THE BEST GUNS AND ARMOUR IN THE GAME

If you keep wondering where other players are getting their LMGs and sniper rifles then you have been shying away from those supply drops that are parachuted in by plane every few minutes.

Each supply drop contains a medley of high-level gear, so if you want the very best items then you will need to find a vehicle, follow the container as it falls, and kill everyone else around the landing zone. 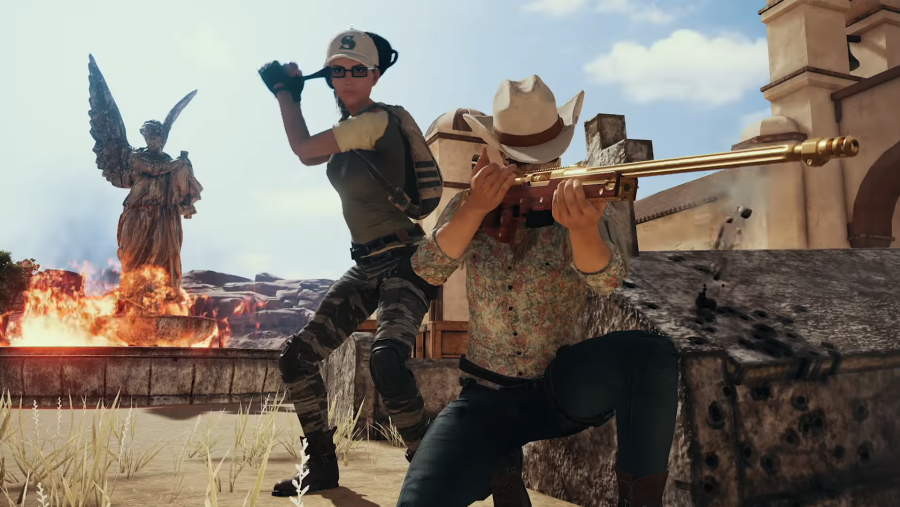 THE PAN IS (STILL) THE BEST MELEE WEAPON

Not only is the pan the most damaging melee weapon in the game, it is also bulletproof. If you have one in your inventory then it will hang over the posterior of your character model, providing your arse with full protection from incoming enemy fire.

When it comes to using the terrain to your advantage, there are a few options available to you. Provided you’re not wearing fluorescent clothing, sticking yourself in a bush can be a surprisingly effective way of going unseen, provided you don’t move too much.

Similarly, you can try hiding in grass as well but note that grass stops rendering if you’re looking past a certain distance, so you won’t be able to hide from long-range snipers this way.

Other than that, common sense applies. High ground at the edge of a map usually makes for good ‘wait-and-see’ spots that let you watch the match unfold, taking out opponents when the right opportunity presents itself. Speaking of watching… 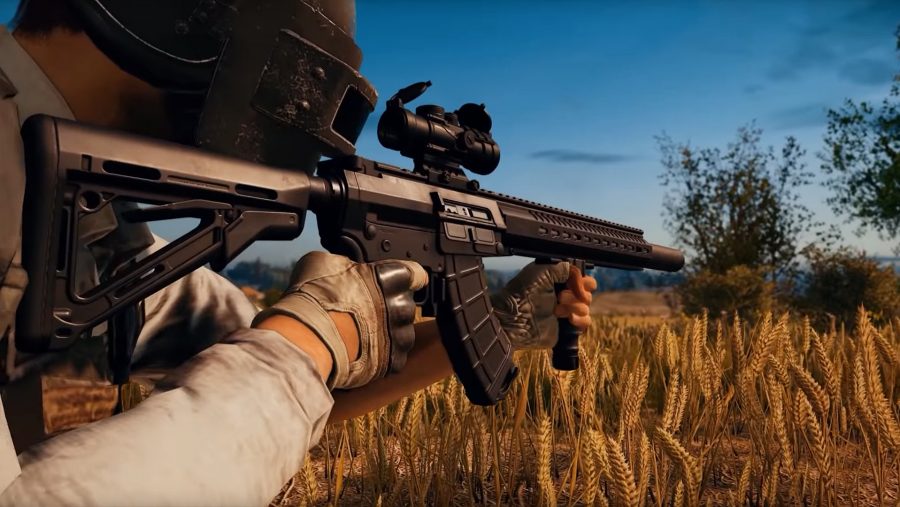 This is not a game for itchy trigger fingers or renegades – just because you can see an enemy, it does not necessarily mean you should shoot them. It is not just that you might miss or get killed by them, it is that you do not know who else is watching or going for the same target. If you do want to rack up the kills, then it is still wise to hold fire until you can claim a quick and easy kill.

This is an easy one – headshots are fatal without a helmet, so go find one. A level one will do, but honestly, always keep an eye out for the best helmet possible, even if it’s a bit damaged.

While you’re there, get a good vest as well. High level is good, but when it gets to the frantic firefights of the late game durability is also super important. 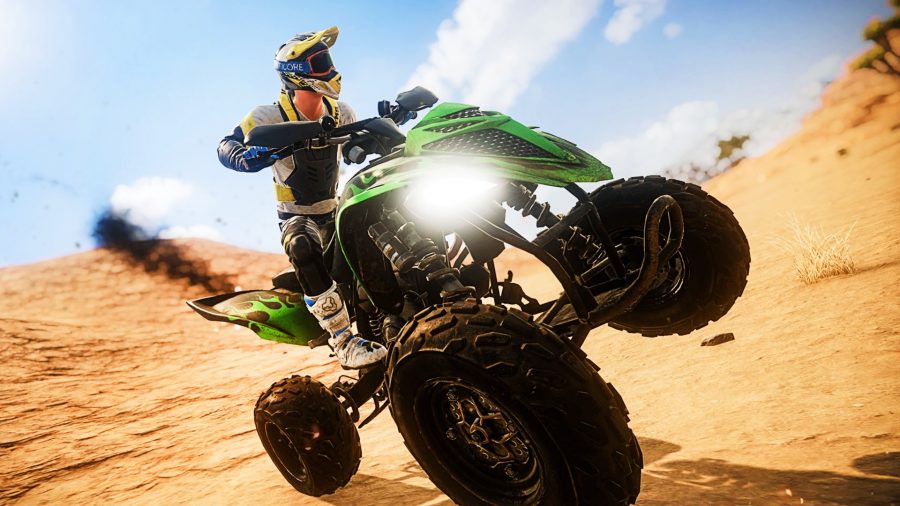 If a player knows where you are in PlayerUnknown’s Battlegrounds they have a great chance of killing you. Driving around in a noisy, bulky jeep or sedan alerts everyone in the area to your presence, making it tough to then go back into hiding.

If you are going to use a car, do so to cover large amounts of ground quickly or head to the outskirts of the map for the best gear. Do NOT go for a joy ride. Nobody is going to care about your sweet ride because you’ll already be dead and it’ll be their sweet ride instead.

This is important because firstly, you weren’t born in a barn. Secondly, it can actually be a good bit of psychological warfare on your opponents. Typically speaking you can tell if a place has been looted because all the doors get left open. It signifies that a player has gone looting.

So when you come to loot a building or use it as a vantage point, close the doors behind you in order to fool other players into thinking it is a safe loot spot. Even if you leave a building it is wise to shut the door behind you to waste the time of other players, giving you a solid head start and/or the chance to lay some traps.

And there you go – our thirteen best tips for getting the upper hand in PUBG. If you’re still losing after assimilating this bounty of knowledge, then you’re on your own.