PlayerUnknown’s Battlegrounds is one of the best battle royale games around, packed with players chasing down 99 others in pursuit of those ever-elusive chicken dinners. But, one PUBG fan’s reimagined it as something else entirely, with a new “concept video” that puts it in a whole other genre: a “cinematic survival game”.

Content creator Myles_AwayTwitch has posted a ten-minute clip in the multiplayer game’s subreddit, which we’ve included below, explaining: “I made a concept video of PUBG as a cinematic survival game”. As you can see, it starts off the same as all PUBG matches: in a plane, with the player dropping down to the enormous map below. But, once on the ground, the game takes a different turn altogether, the player character more pre-occupied with sneaking past foes, getting themselves safe and properly equipped at a nearby camp, and venturing into the wilderness to survive.

The creator makes use of some nifty, alternative perspective cinematic shots to enhance the survival game feel of the footage, and it does bring a Resident Evil-like quality to PUBG.

That’s especially when the player reaches its derelict houses, sneaking around corners as enemies lurk nearby. Check out Myles_AwayTwitch’s reimagined concept for PUBG below: 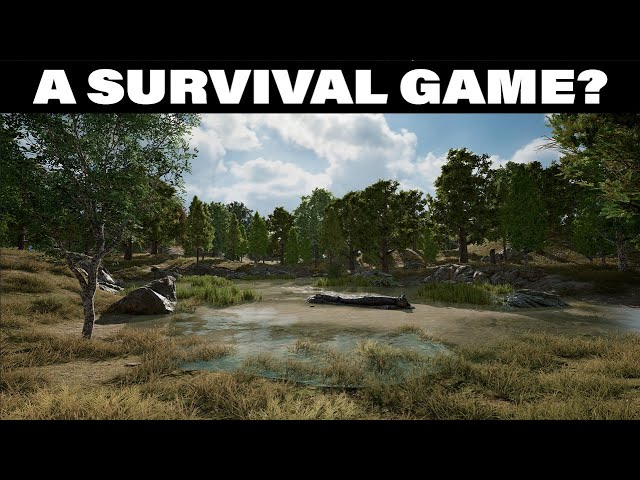 We have a list of the best survival games on PC if you’re a fan and on the lookout for more, as well as a PUBG guide if you’re keen for some tips on how to score your next chicken dinner.