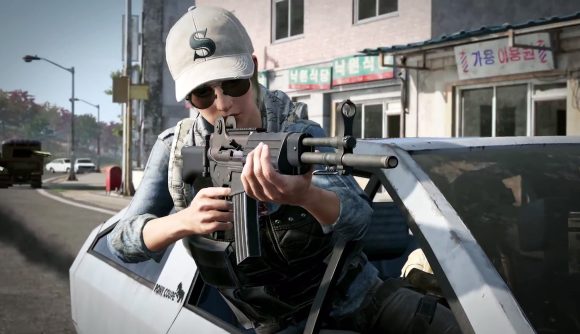 The new PlayerUnknown’s Battlegrounds map is coming next month and a new trailer has been released to tease upcoming features being added in the next update to the still-popular battle royale game. Fans have dug through the PUBG Taego map trailer and have spotted new guns, vehicles, and a possible self-pickup ability.

As developer Krafton revealed last week, the new Taego map is headed to the game in the 12.2 update – which is set to release in just a few weeks on July 7th on PC (July 15th on consoles). Like PUBG’s original Miramar, Taego will be a massive 8×8 km map, but otherwise there hasn’t been any firm facts about what players can expect from it – leaving fans to do the dirty work.

PUBG dataminer PlayerIGN has already indicated that there will be a new respawn system “where players fight for their revival” on a small Gulag island, but now they’re back with a list of potential new features uncovered in the latest PUBG trailer.

Perhaps the most intriguing is a possible self-pickup ability, as the trailer shows a downed player seemingly healing themselves with a medkit. A couple of new guns have been added – a 5.56 K2 Assault Rifle and a 5.56 K12 DMR – along with a new airdrop type and a Hyundai Pony Coupe, which looks great for drive-by battles. There’s also some sort of expanding blue energy bubble which PlayerIGN posits may be a new Zone feature.

With the Taego update due to go live in just over two weeks, it surely has to appear on PUBG’s test servers sometime soon – meaning a whole wealth of new features coming in patch 12.2 will surely get revealed as soon as that happens. Don’t forget, there’s also a Red Dead Redemption-style spin-off coming at some point too.