Hello, or as we say here in the UK, ‘spiffle di-doo to you’. We’re in the midst of another general election at the moment, which means the internet is choc-a-bloc with debate and commentary on the key British issues of our time. If you’re not based in the UK, or just now emerging from the mother of all Civ campaigns, those issues can seem alien or impenetrable.

Thankfully, there are a bunch of homegrown games that tackle them head on. Play through these and you’ll have a solid grasp of what’s going on in Blighty, probably. Or, at least, have played through four marvellous PC games, which is a fine way to see out the week.

Sir, You Are Being Hunted 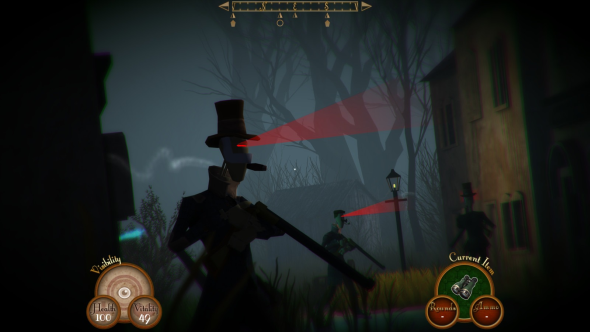 It’s been illegal to hunt foxes with dogs in England and Wales since 2004, but the matter has never been far from public debate since. A government plan to relax the law two years ago prompted protests outside the Houses of Parliament, and the issue has long proved a lightning rod for discussion of animal welfare and class division. That discussion has flared up yet again, as Prime Minister Theresa May promised a vote for MPs to repeal the 2004 Hunting Act, should she win the election.

Sir, You Are Being Hunted casts you as the fox, figuratively speaking. Yes, this is a S.T.A.L.K.E.R.-inspired stealth game about retrieving parts for a teleporter. But it’s also a political allegory. One in which unfeeling robots, dressed in the top-hat-and-tweed uniform associated with British aristocracy, hunt people with weapons designed for sport.

Those posh robots boast about the “outrageous” taxes on their “extraordinary” wealth as they stalk the marshes – which should give you some insight into another hot topic of today’s election. In recent weeks, an opposition pledge to raise income tax for high-earners has become one of the main points of contention. With Sir, you can mull over the implications among the hedgerows and copses of the great British countryside – all procedurally generated, as in life. 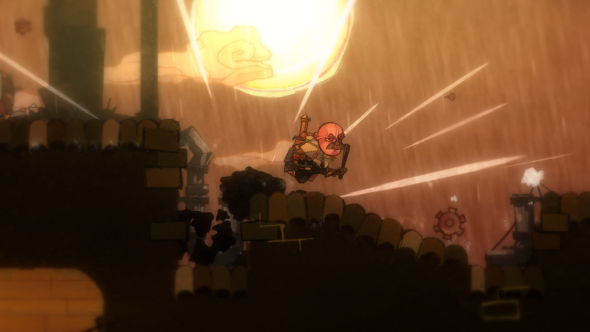 If you pause to read the description of the Slums you’re robbing in Spelunky-ish platformer The Swindle, you’ll hear a Dickensian tale of poverty, courtesy of developer Dan Marshall:

“Oligarchs of New Belgravia and The Ruling Elite have squeezed the proletariat well out of the capital’s booming property market, and as such, desolate little shanty towns crop up wherever there’s space.”

Although things aren’t so bad in real life as they are in Steampunk Victorian London, all of the major parties acknowledge there’s currently a housing crisis in the UK – and each offer their own solutions to the problem. The Liberal Democrats are targeting those oligarchs in particular, with a tax on empty, foreign-owned homes. In April, The Guardian reported that more than 200,000 homes in England are unoccupied for over half the year, despite the shortage of properties to rent and buy. The problem is particularly felt in the capital.

“Row after row of elegant manors,” says The Swindle of its fictional New Belgravia. “Each and every one owned by the sort of repugnant cretin you wouldn’t want to give a second glance.”

Hard to tell where the game stands on the issue. 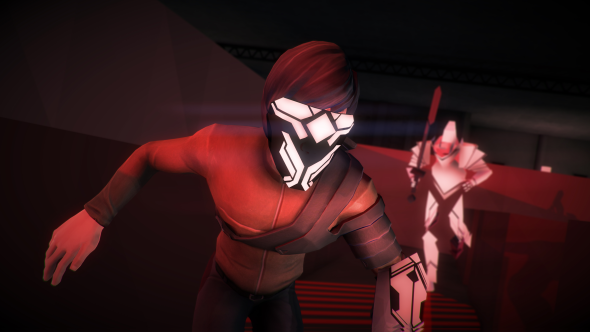 Volume captured the zeitgeist a couple of years ago by splicing the streaming revolution with a retelling of Robin Hood’s legend. It’s a story that finds bonafide YouTube star Charlie McDonnell – or rather his character, Robert Locksley – offering video tutorials on how to steal from the rich, Metal Gear-style. An unseen Andy Serkis plays Guy Gisborne, the charismatic CEO who has become, well, CEO of England.

The prescience of Gisborne’s corporatocracy – thank you, Wikipedia – has become more apparent as time’s gone on. Ten years into his rule, Serkis is basically on the other side of a successful Brexit. His England has cut itself off from the rest of the world, preferring to address its problems the way the private sector knows best: privately.

Brexit, of course, is one of the largest elephants in polling stations today. In fact, it was the grounds on which Theresa May called for a snap election – arguing the country needed certainty, stability, and strong leadership following the EU referendum. To that end, the Conservatives are looking to secure a larger majority in the House of Commons, while opposition parties seek an opportunity to steer or even reverse Britain’s exit from the EU.

Class – working, middle, and upper – is a perennial subject underlying an awful lot of UK politics. During this short election campaign alone, Theresa May was asked whether she was middle or upper class – while high society magazine Tatler dubbed Labour party leader Jeremy Corbyn the “poshest man in politics.” But how does any of that relate to MUD, the text-based adventure game that arguably started the MMO genre?

In 1978, two young computer science students made a Multi-User Dungeon that ran on a huge DEC PDP-10 mainframe. They did it because “the real world sucked.”

“We weren’t supposed to be at university,” Richard Bartle told a GameCity audience in 2014. “Roy [Trubshaw] was from Wolverhampton. I was from Yorkshire and sounded like I should be working on a farm. It wasn’t a great atmosphere. We were looked down on because other people were at university for intellectual subjects, not mind-numbing technology. We raged against that.”

In MUD, progression was based on skill and strength of character rather than who your dad was. The same desire to counter class privilege is evident in the manifestos voters are picking between at the polls today – especially in Labour’s plan to abolish university tuition fees, and near-universal efforts to improve schools.

“You shouldn’t have to be what the world defines you to be,” argues Bartle. “MUD was a political statement. We made a world where people could go and shed what was holding them back.”