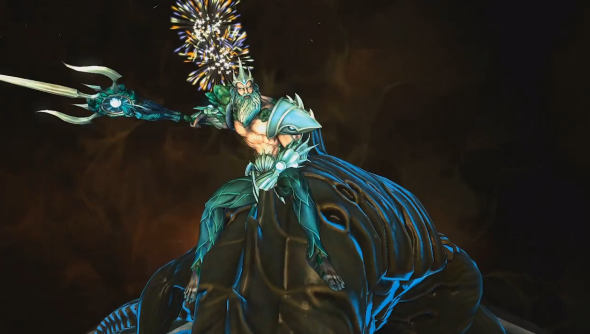 Developer Hi-Rez have announced the 31st deity who will join Smite’s pantheon. Poseidon will take his place amongst the gods after the free-to-play MOBA is patched tomorrow.

The god of the sea’s abilities include a deadly whirlpool and the even more deadly Kraken, both of which he’s quite happy to call forth on land. Click through for a breakdown of his powers and a video of the god doing godly things like, well, smiting.

So, exactly what does the god of the seas have at his disposal? Well:

Here’s a video of all these powers in action: