Here’s a thing about mod teams who become developers: they know better than anyone how to support fan-made content. When veterans of the beloved Battlefield 2 mod Project Reality made their standalone shooter, Squad, they also gave their community an SDK powered by Unreal Engine 4.

Two years on, thanks to those tools, Squad has birthed another studio and another standalone shooter: Periscope Games and their WWII combat simulation, Post Scriptum. 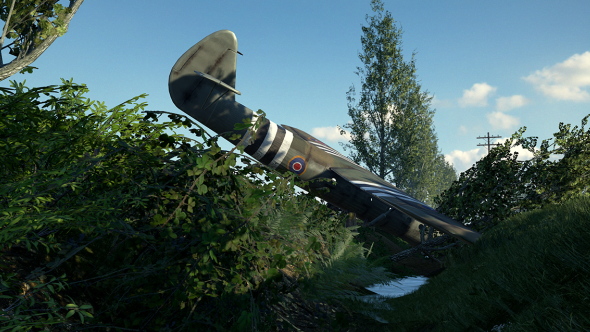 Periscope were never much like conventional mod teams. Studio director Romain Ferchat worked as a CG supervisor in games for a decade before founding the group, and was determined to prove that amateur should not mean unprofessional.

“In modding people usually do what they can, when they can,” Ferchat says. “From the very beginning we said, ‘We have to set it up like a company’.”

As the team grew, merging with a second WWII mod team, they instilled a culture of strict delivery dates. John Metcalfe joined as a 3D artist, eventually becoming lead programmer.

“We were already treating it like a job,” he remembers, “even though at that time it wasn’t.”

Their dedication did not go unnoticed by Squad developers Offworld Industries. At the start of 2017, project lead Chris Greig approached them with a question: “What would you guys require if you wanted to be a fully-fledged game?”

Periscope became a company (“Absolutely nothing changed internally,” Ferchat says) and the two studios are now partners. If all goes well, Offworld will publish Post Scriptum in the spring.

The arrangement is ideal for Periscope: they have not had to separate their code out from Squad’s, and continue to take advantage of Offworld’s innovations. 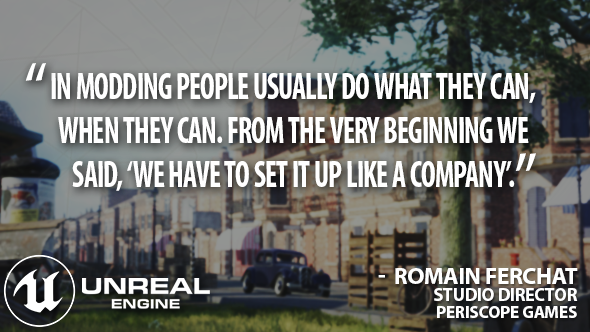 “It’s a very interesting pipeline,” Ferchat explains. “Usually in a videogame studio you prototype and build up your features one after the other. But we’re really parallel to an ongoing game – Squad is still in Early Access. We are always one step behind them, but the good thing is we do not require their developers to help us. We are our own entity.”

Where developers typically maintain impeccable source control – spreading a shared and identically updated version of their game across all of their machines – Post Scriptum exists on a parallel branch to Squad. This allows Periscope both independence and access to new features. When Offworld finish work on their new animation system, for instance, the two branches will merge momentarily so that Periscope can take advantage of it.

“It’s like we’re in a train,” Ferchat says. “And we are the [carriage] right behind the first one.” 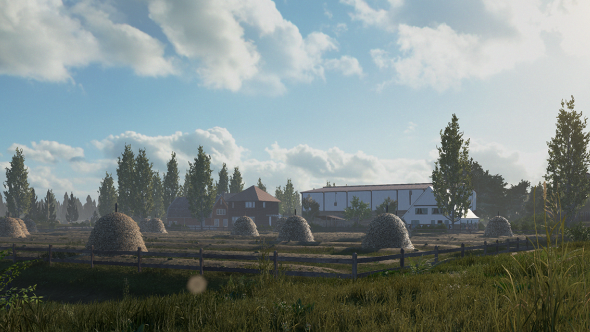 The Squad SDK in which Post Scriptum began restricts access to the game’s source code, for security reasons. But it makes full use of Blueprint, Unreal Engine 4’s simplified gameplay scripting system. Using Blueprint alone, Periscope have built a roster of over 40 vehicles for their period combat sim.

Now that the studio have switched over to Squad’s unfettered development framework, however, they are able to alter fundamental Unreal Engine 4 functionality using C++.

“Some things are different enough from Squad that we do need to go in and change that core stuff,” Metcalfe notes. “The way flags lock and unlock when they’re captured is very different, to keep the gameplay flowing in a certain way.” 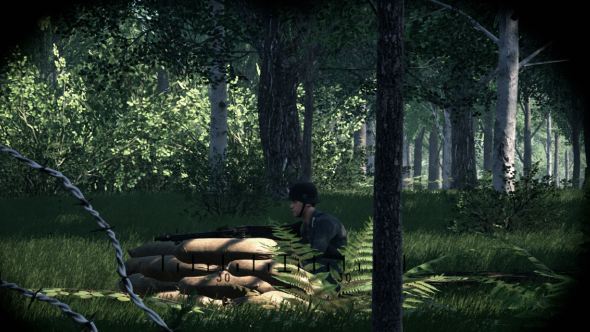 If you have played Squad, you might remember building defences around the Forward Operating Base where a team spawns. In this respect, Periscope are attempting something even more ambitious.

“With Post Scriptum you can have a construction truck you can drive anywhere you want,” Ferchat explains. That’s no small matter, given that the game’s largest map will cover 8×8 kilometres and encompass the entire Dutch city of Arnhem.

“You can fortify a big area if you want to,” Ferchat says. “On the server side of things it’s possibly going to be a bit heavier, so we’ll have to work on that. But the netcode is already very stable.” 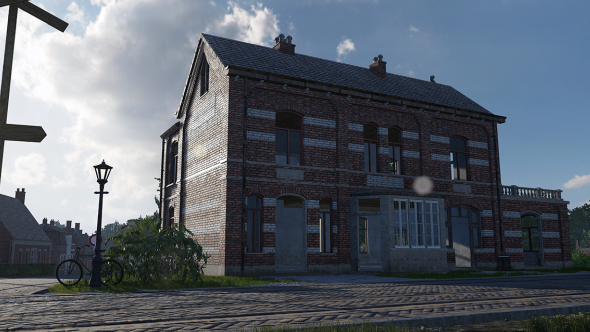 The flipside of mobile construction is portable artillery. In Post Scriptum, you are able to hook up a cannon to the back of a vehicle and drive it to where it is needed. Implementing that simple feature, however, has been no easy feat.

“The towing was a hard mountain to climb,” Metcalfe admits. “I basically just used a physics constraint between the two vehicles. But there’s a ton of stuff to manage in the connection and disconnection, and we still have a little bit of work to do on making that more stable.”

The famous 88 flak cannon, the one you might be used to hearing commanding officers yell about in Call of Duty, is several tonnes of heavy metal.

“Towing this one is a problem right now. We may have to hack it to bits to fake its weight,” Ferchat says. “Working with physics is hoping and praying that it’s going to do what you expect it to. Sometimes you take a turn and it goes flying for no reason. It’s part of the job, I would say.”