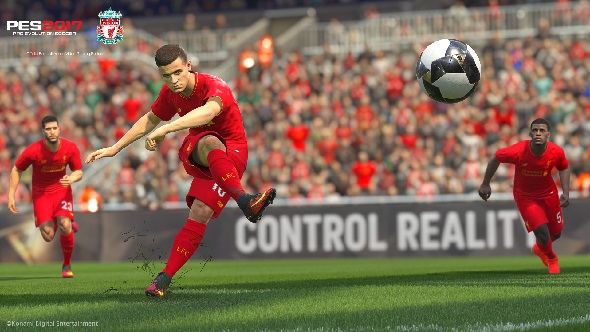 Konami have teamed up with Fulham FC for PES 2018, which includes sponsoring the club’s youth team.

“Konami has announced it has entered an exclusive global partnership with Fulham FC, one of London’s oldest and most iconic clubs, for its Pro Evolution Soccer (PES) series,” the publishers say in a press release.

Wondering what else is on the horizon? Here’s our list of upcoming PC games.

“Fulham were founded in 1879 and are London’s oldest professional football club. Having just missed out on promotion last season, the club are looking to the new season to build on their progress of the last few years and the club’s reputation for the development of talented young players.”

What does this actually mean for the game itself? Well, the full Fulham team have been body-scanned and added to the game, there’s PES 2018 branding throughout the ground, kit branding, and Konami can take their family and friends to watch the games. Okay, so I made up that last one up, but it’s probably true. Probably.

PES 2018 will also be available with a Fulham FC slipcase.

“The full squad will be recreated in game with all kits and players to be perfectly replicated via Konami’s full body-scanning process, while Konami will also have an extensive presence within the club’s stadium, as part of the match day experience, and within the club’s progressive youth academy,” Konami add.

PES 2018 is out on September 14, 2017. It took three years to make, and Konami say that means there will be some big changes with hopes of a quality PC port this time around.

And yeah, I know the cover picture shows Liverpool, not Fulham, but Fulham aren’t even in the Premiership. Yeah, that’s right, I said it.