Project CARS has always tried to run an impossible gamut of simulation and accessibility. And it’s come admirably close on two occasions, offering a hyper-detailed simulation for gamers with wheels and alien-like reaction times, and an enjoyable track day for the more casual crowd. But with both iterations so far, there were sim racers who felt its simulation didn’t go far enough, and casual gamers who felt pad controls weren’t sufficient to enjoy the vast swathe of motorsport disciplines.

There’s a mandate for a third game, then. It’s a third stab at the ultimately unreachable dream of being all things to all gamers, from the least committed arcade racer to the next Max Verstappen. I just wasn’t expecting this third stab to have flip-flop paint jobs and reams of 19” rims.

Front and centre, the most obvious change in direction in Project CARS 3 is in its presentation. Whereas its predecessors were structured and presented in a stark manner that put as few barriers between you and getting out onto track as possible – similarly to the original Assetto Corsa – PC3 feels like a game. There’s a ‘first-time user experience’ where you choose a helmet and a disembodied voice talks you through some menus. There are multiple car customisation screens. There’s a career mode.

Ok, there’s always been a career mode, after a fashion. But previously it felt retrofitted around the main event, which was simply picking a car and track and learning how to tame them both. Now the polarity’s flipped, and there’s sufficient depth and longevity to the multi-category career that becoming a better driver feels like a means to reaching its end. 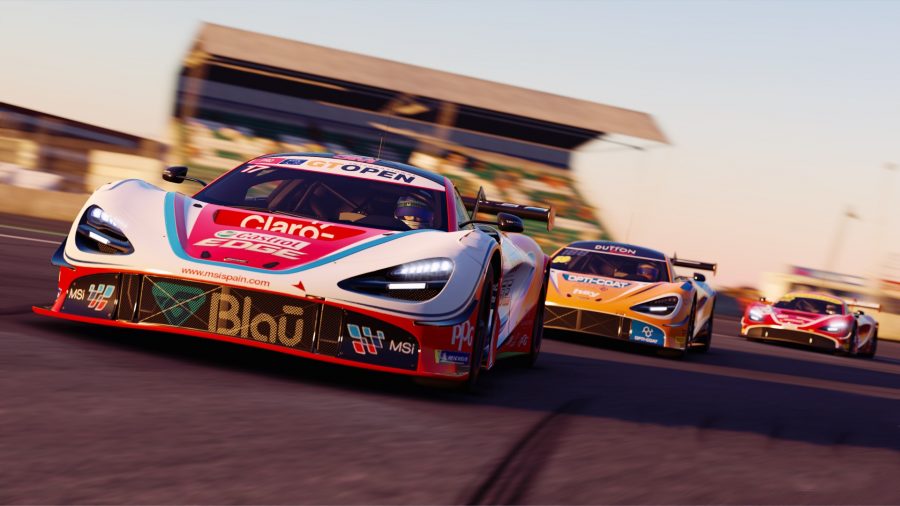 These are all positives, of course. But playing through it for the first time, getting the lay of the land, I was surprised by how little of the Project CARS identity seemed to remain. Instead I could easily have been navigating the career of Need For Speed Shift (also developed by Slightly Mad) or GRID. If you’ve played the two previous games, you’re probably a bit fond of the light-touch structure and the returning motif from 2004’s GTR amidst the radio chatter in the menu music. If you haven’t, however, you’re probably much less likely to bounce off this than 1 or 2.

Beyond the menus, Project CARS 3 makes its progress most evident in pad controls. This was always a weakness of the series, and indeed the simulation genre as a whole, and however much Slightly Mad insisted that PC2 had refined its controller settings for easy driving on the sofa, it still felt a bit like landing a plane in Microsoft Flight Simulator with a Nintendo Powerglove.

This time the rate of steering feels much smoother and less prone to oversteer. It’s still fairly granular in that minor adjustments mid-turn make themselves known through the car’s behaviour, but the left stick no longer feels too sensitive or too sluggish, as it did before. In terms of vibration it’s lacking F1 2020’s ridiculous levels of haptic feedback and feels slightly light by comparison, but it’s a big step forward that needs nothing in the way of menu tinkering to deliver an enjoyable drive right away. 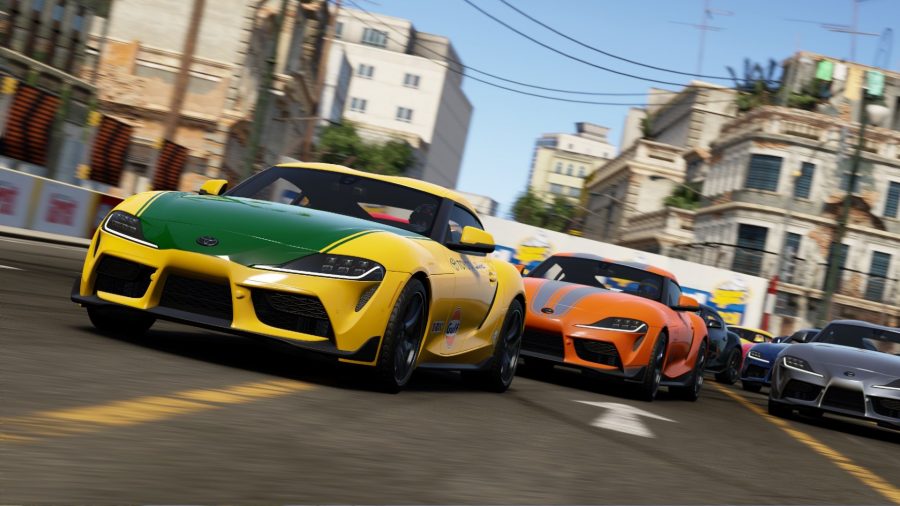 Road E class racing is where career mode begins, and it’s also here that Project CARS 3 feels most generic. There’s nothing really wrong with driving a Toyota GT86 around the streets of Cuba at night, but the sim racing crowd won’t take an interest in fictional street layouts because they’re not transferable to other games, and everyone else will likely find them a bit interchangeable with those of Codies’ GRID games. The quality of design is better in point-to-point road races, as it was in the last game, but it’s undeniably in real circuit racing that Project CARS 3 feels most confident.

Thankfully these licensed track events are dotted throughout the career, from the lowliest of Road E events right up to GT racing. It’s here that the handling model is at its best – the world of memorised braking points and transferable muscle memory. Interlagos, new to this series, is a joy, as it always is, rendered with special attention to the exact bumpiness and size of its apexes. Oulton Park is an absolute brawl, as it should be, full of bumps to throw you and frankly way too narrow for sensible racing – very un-sensible racing will have to do, then.

Related: Check out the best racing games on PC

Outside of career mode, Rivals offers a quicker fix. Daily, weekly, and monthly events offer asymmetrical multiplayer ranging from hotlap challenges to ‘breakout’ mode, in which the track’s littered with objects carrying points values (really) gained by driving into them. Log a time and when the event closes you’ll be given a position from bronze all the way up to platinum, with the XP bobbins that go with it – there’s a lot of watching XP bars go up in this game, incidentally. 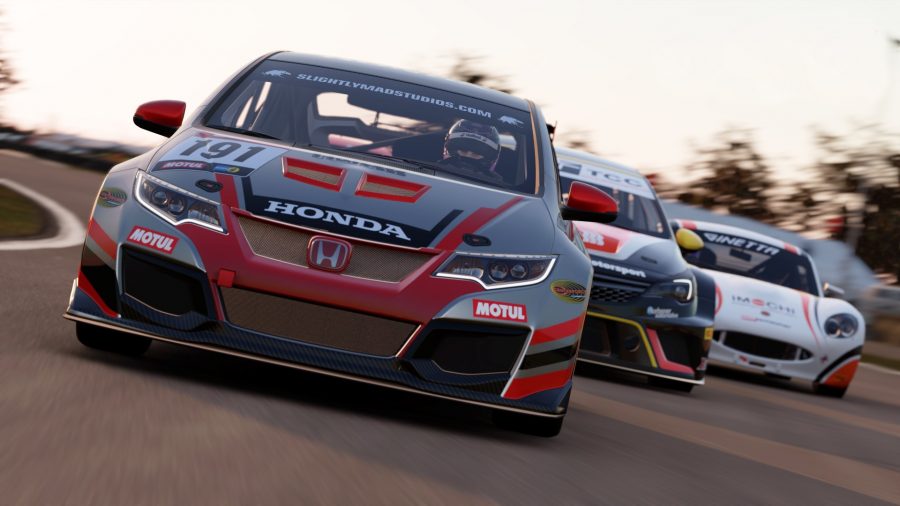 I’m surprised by Project CARS 3’s direction. Not altogether unpleasantly – as a pad player primarily (sometimes that wheel just seems like too much effort to dig out and connect, doesn’t it?) I know I’m in for a smoother ride and perhaps closer competition with wheel drivers online. And although I have reservations about a lack of personality in career mode, I appreciate the structure of it, not to mention the car customisation.

But given sim racing’s growing popularity, it’s a surprise to see the needle sway in the direction of the casual player. Maybe it really can be both things this time out, but I didn’t see a leap forward in terms of catering for an esports community.