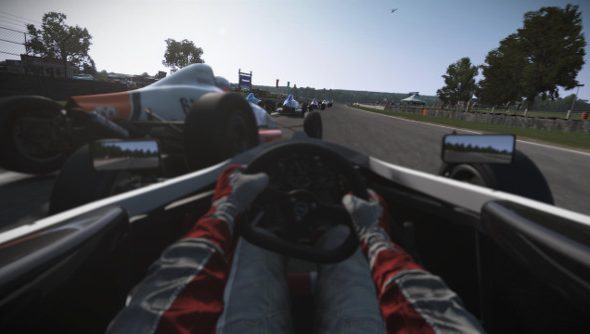 The challenge in discussing Project CARS, the crowd-funded racing sim from Slightly Mad Studios, is in picking which Project CARS I want to talk about. Because it’s really a lot of different racing games under one enormous umbrella. Possibly the best PC racing game yet.

They’re completely different experiences, almost from different games. But what they have in common is that they’re all fantastic.

If you played Slightly Mad’s last outing for EA, the outstanding Shift 2, then a lot of what you’ll find in Project CARS will be familiar. The handling model might be a little more manageable than in some of Slightly Mad’s other games, but they have a lock on the “grab-a-tiger-by-the-tail” feeling of high-performance cars. Their clever use of depth-of-field and look-to-apex camerawork do an uncannily great job of putting you in the driver’s seat.

But what really separates Project CARS from its peers is its sheer versatility. Not just in terms of the different racing formats and vehicle types I mentioned above, but in letting you tweak just about every aspect of the game to your satisfaction. If you want an endurance race with a series of changing weather condition over the course of a long dusk-til-dawn race, you can customize your session to be exactly that. The AI driver skill-levels are incredibly granular, so that you can just about always create your perfect competition. You can race open-wheel Formula cars around city streets where they have no business being, and you can run a Le Mans Prototype car around Nordschlieffe for 24 hours straight.

Comparisons to Gran Turismo and Forza are inevitable. Project CARS follows in their footsteps as it tries to capture the breadth of auto racing, finally giving the PC a credible omni-racer to compare against the console giants. 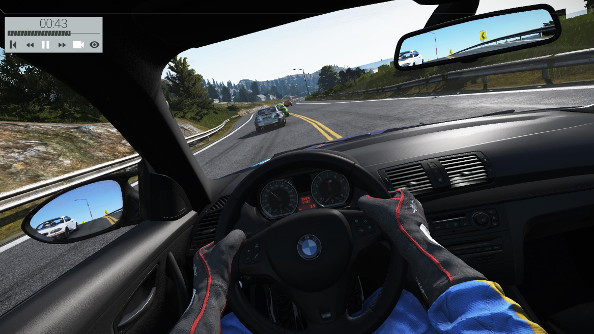 But Project CARS is not really a “caRPG”, to borrow a term from Tom Chick. It’s not about grinding races to get a new magic high-performance part that will give you an extra 50 bhp. It’s really more of a general motorsports game, in the vein of Codemasters’ Grid and TOCA series.

Except it has a much more demanding, less arcade-y handling model than anything from Codemasters’ outside their F1 series. I’m not sure Project CARS is quite the successor to the SimBin’s GTR series that so many racing fans have been clamoring for, but it still strikes a terrific balance between accessibility and authenticity. And in slick conditions or in awkward off-camber turns, a slight lapse in concentration or throttle management will send you flying off the track.

Project CARS is a little more reminiscent of Grid when it comes to its career mode, where you role-play your way through the motorsports food-chain, taking contract offers from new teams and transferring to more prestigious levels of racing via good performance in the lower rungs.

But it’s far less silly than, say Grid 2, when it comes to how you progress. Instead of proving yourself via three short races against AI “rivals”, you just play out an entire season a series like Formula Rookie, complete with a full grid of opponents, practice sessions, and lots of car tuning. Now, depending on your realism and difficulty settings, the series can be as serious or arcade-like as you want. But it’s never quite a fantasy game the way Grid sometimes is. 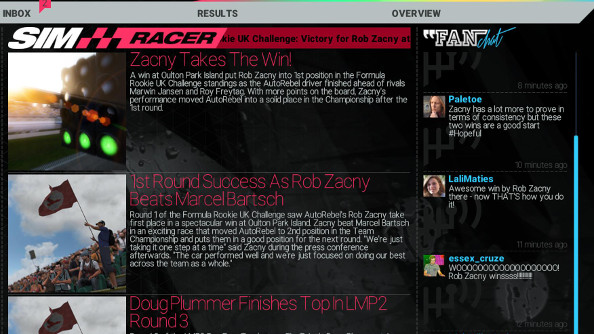 On the other hand, Slightly Mad do deserve credit for perhaps the greatest fake Twitter I’ve seen in racing game. Instead of the silly “views” count of Grid 2, where your latest races went “viral”, your career homepage in Project CARS is full of very-familiar looking haters, critics, fanboys and girls, and racing enthusiasts all Tweeting about your latest races. It’s just about a pitch-perfect re-creation of the motorsports Twittersphere on a summer weekend.

If only the racing AI were as convincing. While my racing opponents avoid the worst of “slot-car” driving styles, they are way, way too prone to making contact in close racing. And if you have slowed way down to recover from an off-road incident or a spin, they won’t so much as pump their brakes before catching you on their nose and carrying you all the way down a straight. If I wanted to race with demolition-derby jackasses like this, I’d go online.

I’m also still bothered by the audio. There are too many odd cuts in the engine noise or in the squeal of the tires, like there are missing intermediate sounds between high and low engine revs, or between scrubbing tires and shrieking ones.

Still, Project CARS gets a lot of other important things right. You have a racing engineer who will give you useful at key points on every lap, obviating the need for a lot of HUD elements (though you can still have those if you want). The TrackIR support and force-feedback do a tremendous job of putting you in touch with your car and the track, and the outstanding graphics and lighting are some of best I’ve seen in a racing game (and I’m not even running at full settings). And then there’s all that incredibly variety of cars, races, and tracks. 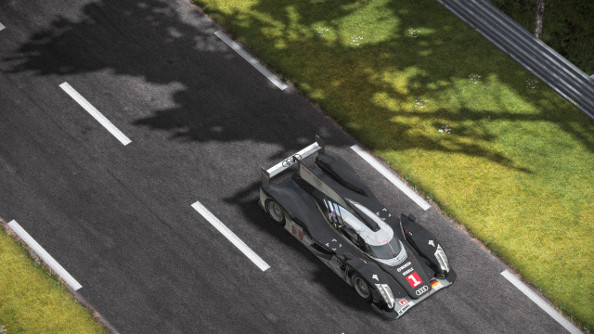 In a perfect world, Project CARS might be “the last racing game you’ll ever need”. But right now, it looks like the game’s biggest enemy might be the licensing issues surrounding a lot of famous tracks and car manufacturers. You can race old Lotus F1 cars because Lotus have gotten on-board with Project CARS, and so have Audi and BMW, from the looks of things. But Porsche, Ferrari, and just about every major American (save Ford) or Japanese marque appear to be absent. Hopefully that’s something that will change with time, or will at least result in Slightly Mad going in an rFactor direction and using fictionalized versions of some classics racers. As it is, it’s still a great set of tracks that Slightly Mad have offered here, and and a decent array of cars and car classes.

Besides, part of the promise of Project CARS is there are still so many places it can go. Even a year or so ago, in a fairly early state, it was one of the best driving sims around. Now, as it approaches release, it looks like it is close being one of the best racing games as well.