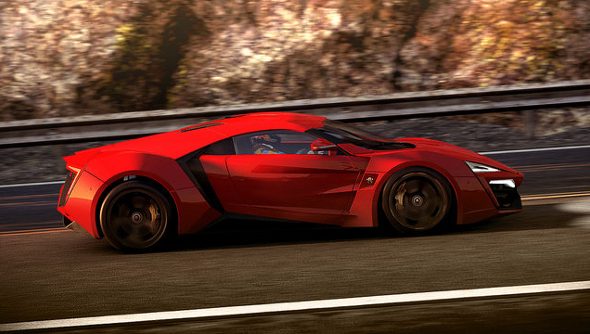 Project CARS has been on a bumpy road as it heads toward release. A string of postponements have pushed the release date back time and time again, but hopefully the current window, mid-May, will be the last one.

As a thank you for waiting, Slightly Mad Studios is going to be giving players a free car every month, but unfortunately practical concerns means that these are not physical cars, but ones that you can drive in the game. The first one, the Lykan Hypersport has a brilliantly silly name, and you can see it in action in the trailer below.

“We are immensely pleased to have this awesome machine in the game and to give fans the chance to get behind the wheel of a truly amazing vehicle,” said creative director, Andy Tudor.The Lykan Hypersport represents the first of a series of free cars we’ll be giving away every month as a thank you to our fans for being so patient for the launch of the game. We’ll have more info on the full schedule of further content for Project CARS soon but we hope that this is a great sneak peek of just one way in which Project CARS is going to expand in the future.”

The Lykan Hypersport is the “star” of Furious 7, so it will be a little bit like driving a movie star. I think we’d all rather drive Vin Diesel, but this isn’t bad as a consolation prize.