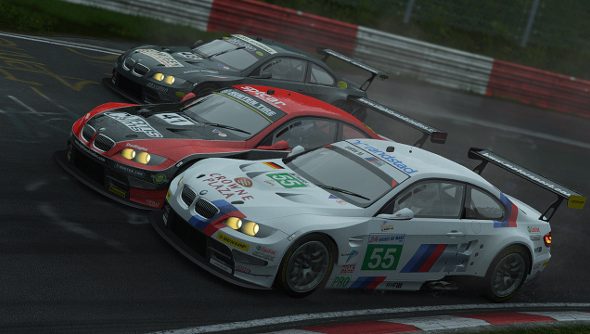 With the release of Project CARS delayed until April, you’ll have to content yourself with Slightly Mad’s new dev series, Project CARS in-depth. The first video went live today, detailing the promising career mode, covering a broad array of motorsports.

Direct your eyes toward the shiny cars and menus below.

I appreciate the hints of roleplaying and world-building amid the menus and races. There’s a Twitter feed, where fans have a natter about your performance and potential, a history surrounding the drivers and a goal, one might say a quest, that hopefuls can work toward.

And, novelly, racers aren’t restricted to starting off in a rookie division driving cars destined for the scrap heap. If you want to start your career off racing the best Formula 1 drivers, then that’s exactly what you should do. Or you can start from the bottom and work your way up, in one or all of the motorsports.