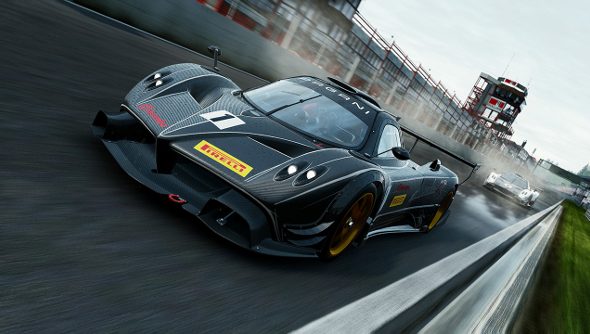 Racing cars should probably be fast. I’m sure there are other considerations, but that’s normally their defining feature. But Project CARS is more evocative of trains: it’s always getting delayed. The previous release date of March 17th has been canned, and Slightly Mad’s racing sim is now set to reach the finish line a month later.

“Moving a release date was not an easy decision to make, as we know our fans are eager to get their hands-on on Project CARS”, said Ian Bell, Slightly Mad’s head honcho. “But we know that these extra days will allow us to provide the best game experience that our fans deserve. We assure you the wait will be worth it when the game does arrive early April”.

Publisher Bandai Namco says that “small adjustments” are being made, necessitating a new release date.

It might be worth the wait, though. Our Rob called Project CARS “the last racing sim the world will ever need”. He did have concerns about the AI, however, and potential licensing issues which will leave some famous car manufacturers absent.

“Hopefully that’s something that will change with time, or will at least result in Slightly Mad going in an rFactor direction and using fictionalized versions of some classics racers. As it is, it’s still a great set of tracks that Slightly Mad have offered here, and and a decent array of cars and car classes.”

Project CARS is now due out on April 2nd.