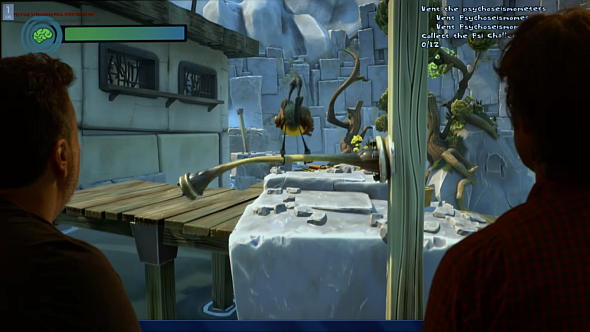 Psychonauts 2, the sequel to the beloved platformer about a psychic agent-in-training, has just hit a major production milestone: first playable. By this, developers Double Fine mean that a section of the game is playable with first draft versions of audiovisual assets and gameplay systems substantially in place.

Fuel your hype train with this list of exciting upcoming PC games.

We’ve seen early gameplay in art tests about a year ago, but this first playable level is a big step forward in that art assets, level designs, and gameplay systems are all pulled together for a 60-to-90 minute slice of gameplay. In the words of project lead Zak McClendon:

“First playable is the first time we’ve taken, and designed, a chunk of the game and tried to push it through the pipeline, and get it fully arted. It’s not shippable, it’s nowhere near shippable, we consider it pre-alpha.”

So there’s plenty that’s still subject to change, but it’s nonetheless encouraging to see the team making progress, and to get a first look at Psychonauts 2 gameplay. That’s available for your viewing pleasure in the video above, along with some commentary from the devs.