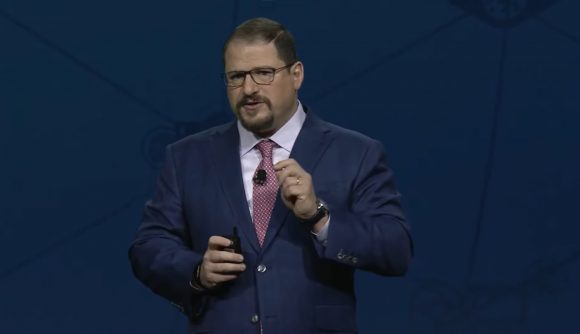 When you think about the manufacturers behind the best gaming CPUs on the market, you’ll picture AMD or Intel before Qualcomm even crosses your mind. However, with computers slowly but surely transitioning away from the 43-year-old x86 instruction set to an ARM-based one, it might not be long before our gaming PCs use Qualcomm processors.

During the company’s Investor Day 2021 presentation (which you can watch here), CEO Cristiano Amon said that Qualcomm is “very well positioned to be the preferred platform for PCs, in the inevitable transition to ARM.” Qualcomm isn’t alone in viewing ARM as the future, with Microsoft’s chief product officer, Panos Panay, describing ARM-based PCs as “an amazing opportunity.” Meanwhile, Apple has already made the transition from x86 with its own shockingly powerful M1 chips, and Nvidia continues to pursue its purchase of Arm Ltd., an ARM processor design company in the UK.

Despite keeping performance metrics close to its chest, Qualcomm claims that its upcoming Snapdragon CPU that’ll appear in next-generation laptops will be “designed to lead in performance and power efficiency”, featuring an Adreno GPU with “discrete-like graphics performance.”

While Qualcomm is yet to prove itself in the PC market, the company doesn’t entirely lack gaming credentials, with its Snapdragon processors powering both flagship Android smartphones and some of the best VR headsets, like the Oculus Quest 2. 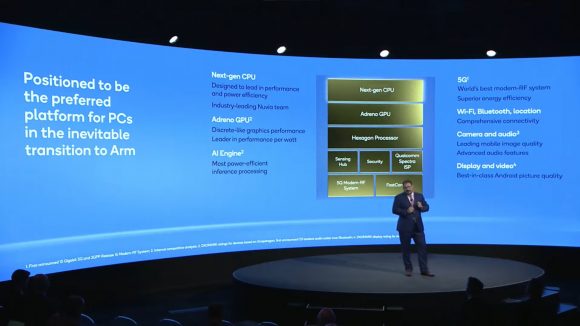 Following on from Nvidia recently bolstering its Geforce Now game streaming service with RTX 3080s, Amon also believe that “gaming is moving to the cloud. It’s a no-brainer to a gaming developer to be able to develop a game, host it in the cloud, and have it be compatible with every single screen out there, whether it’s a television, a computer device, or a phone.”