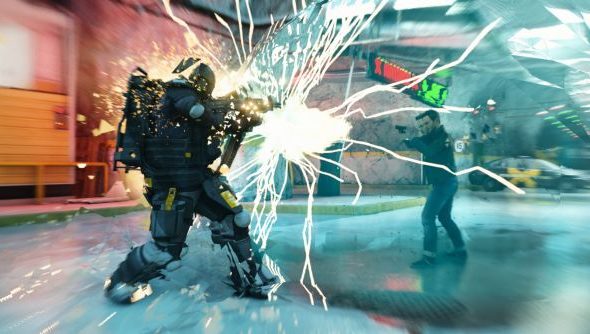 Update August 11, 2016: Following the announcement of Quantum Break on Steam, Remedy have admitted they won’t be curing any more of the issues of the Windows Store version any time soon.

As someone who owns Quantum Break on the Windows Store, I can attest to it still having problems. I run a GTX 970 and I get stuttering from time-to-time while playing, no matter what settings I’m using.

Glimpse the future with our list of upcoming PC games.

It seems others are experiencing the same, but that version of the shooter is being left behind for the Steam launch, it seems. Remedy’s head of communications, Thomas Puha, broke the news in a tweet:

@sabin1981 @QuantumBreak sorry to hear you are having problems. Its unlikely we release another Win10 patch.

If this decision comes from Microsoft, it’s a very short-sighted one, as anyone who already bought on the Windows Store will likely be put off doing so again now.

Original Story August 10, 2016: If you missed out on Remedy’s time-bending, story-based shooter, Quantum Break, because you like all your games being in the same place, I have some good news for you. Quantum Break is heading to Steam next month.

Where Quantum Break was previously a Windows 10 exclusive via the Windows Store, the Steam release will make the game compatible with Window 7 and up (64-bit). It’s not available for pre-purchase yet, but the Quantum Break Steam page is live.

It was only a couple of months ago when Xbox boss Phil Spencer said Microsoft would be bringing games to Steam again, but I wasn’t expecting it so soon. Hopefully it sells well and future Microsoft games make their way to Steam a little quicker.

If you still want to play the Windows Store version of Quantum Break, it’s currently on sale for $39.99.