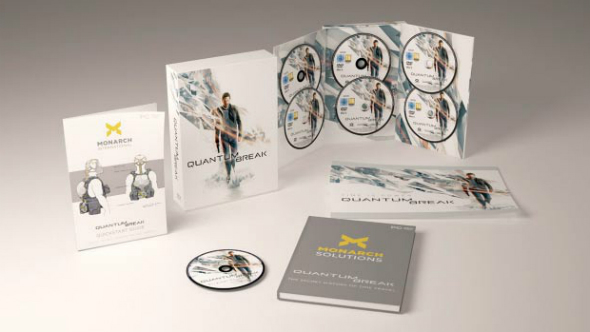 The irony of delaying a game that’s all about manipulating time is hopefully not lost on Remedy, who have pushed the retail and Steam release of Quantum Break back 15 days, from September 14 to September 29.

No time to waste? Check out the best PC games to play right now.

Just to be clear, Quantum Break is already out via the Microsoft Store, we even did a port review of it and everything. The two week delay applies to both Quantum Break’s Steam release and the retail release of its Timeless Collector’s Edition.

Problematically, there’s nothing actually wrong with the Steam release, according to a press release. “Due to additional time required for mastering and manufacturing the Quantum Break – Timeless Collector’s Edition for retail, the decision has been made to move the release to September 29. This concerns both the Steam version as well as the retail edition.” So, in order to keep the Steam and retail release synchronised, Remedy are holding back a supposedly gold build of the game so that the boxed copy can be released as planned.

The Timeless Collector’s Edition, in case you wanted to know more about the cause of the delay, includes two posters, a guide, some nice packaging, a ‘Making Of’ Blu-ray, soundtrack CD, ‘Making Of’ book and five game discs. The best slice of irony? You’ll still need to activate a Steam key to play it.