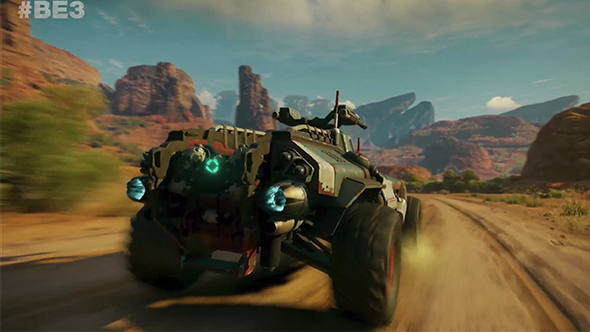 They’ve only gone and done it. Bethesda wheeled out Andrew WK himself to introduce Rage 2 at the start of their E3 conference, giving a performance that was long on enthusiasm but tragically short on crowd engagement. He was followed by id Software boss Tim Willitts, the towering figure of Avalanche creative director Magnus Nedfords, and a new gameplay trailer which concealed an ad for Rage 2’s collector’s edition.

The trailer was narrated by Rage 2’s player character, Ranger Walker. Walker is on a mission for a shady scientist to explore a space centre, recall an orbital seed pod, and steal some nanotech – plenty of punchy weapons and combat powers are on show, before we tussle with a massive mutant. Spring 2019 is reconfirmed as the release window.

There is more shooty-shooty bang-bang in the best FPS games on PC.

The Collector’s Edition includes a frankly terrifying mutant head which can talk, and which – if you hate yourself – you can hang on your wall, so it can talk at you every day. There’s also an exclusive mission, access to the Rise of the Ghosts Expansion and – crucially – the BFG from Doom, along with some other far less important trinkets.

The Collector’s Edition will set you back $119.99, and to be honest I really hope there’s another way to get that BFG. The Steam page isn’t live yet, but if you want to pre-order via Amazon, you can click here.

We’ve already seen a bit of Rage 2. For one thing, Bethesda were teasing the ever-loving Christ out of it in the week building up to its official announcement, culminating in a reveal trailer. 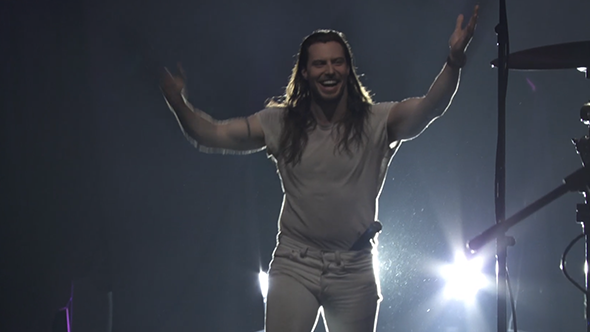 The first Rage game, which came out in 2010, was set in a post-apocalyptic future, in the wake of an asteroid impact. Back then, you played as US Marine Nicholas Raine, who emerges into the Wasteland in the year 2135, having been placed into stasis when the meteor hit.