It’s no secret that Rainbow Six Siege is a ludicrously difficult game to learn, and while learning nearly 60 playable operators doesn’t make onboarding easy, map knowledge is by far the biggest barrier to entry for newcomers. To stand much of a chance in a ranked match you need to know each map from top to bottom, inside and out – every destructible area of flooring, the layout of every room, and even which pieces of furniture can be shot through.

Rooms filled with destructible clutter like plant pots, paperwork, and computer monitors make maps feel more realistic, but they create messy, irregular lines of sight. Having to second guess every object in a room made sense back when Siege was first released as a tactical shooter, but now it adds an element of randomness that feels at odds with the game’s newfound identity as a tier one esport.

Client-side calculations, like the way objects collapse when destroyed, exacerbate this, sometimes resulting in opposing players having slightly different views of one another. In an FPS game where a single headshot is lethal and rounds are won and lost on razor-thin margins, dying because your line of sight was obscured by a desk fan that didn’t exist for your killer is downright frustrating.

The problems go far beyond line of sight, though. When you leave certain objects intact you can – with a lot of trial and error – use them to vault up to new areas, where you can place gadgets or hide. One of the most notorious ‘boost’ spots in the game is on Border’s original Archive site, where you can climb onto a bookshelf and get a clear view onto Vehicle Customs, Office, and Archive itself – all from an elevation that causes even players who aim at head height to miss you entirely. You can only reach this spot by exploiting a couple of tiny ‘vault’ prompts on an adjacent desk, which only appear if you don’t destroy the desktop monitor and some nearby files. It’s not a spot defenders can reliably use, so most players never think to check it when attacking. 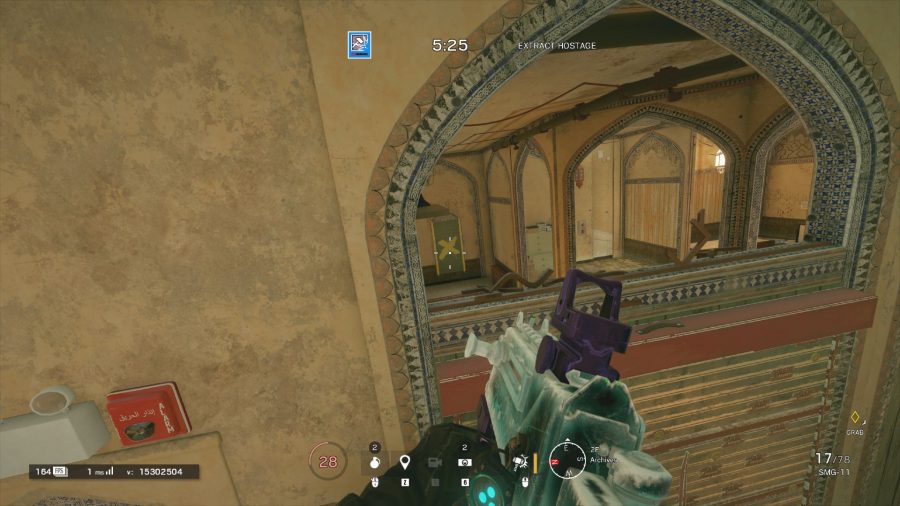 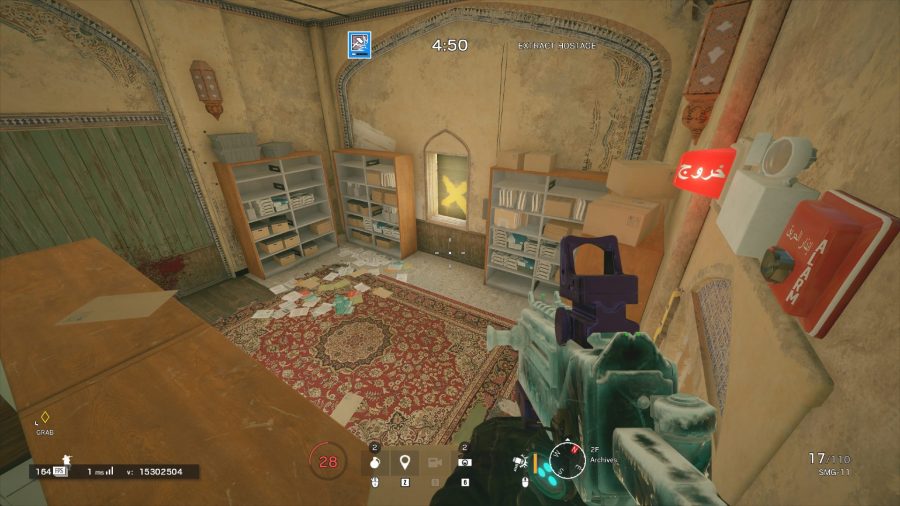 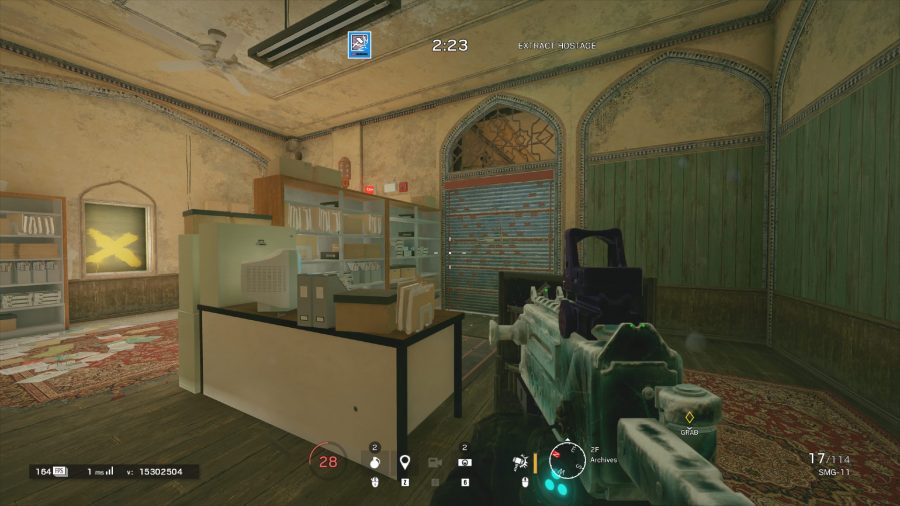 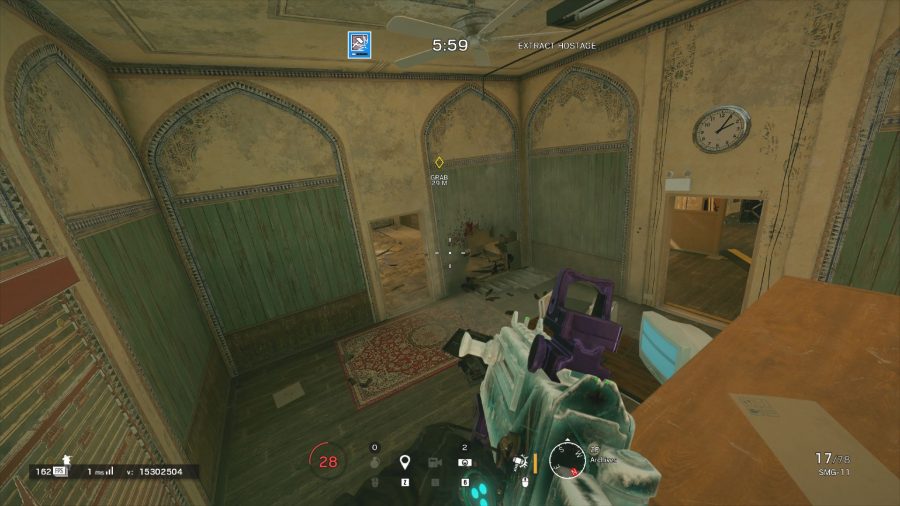 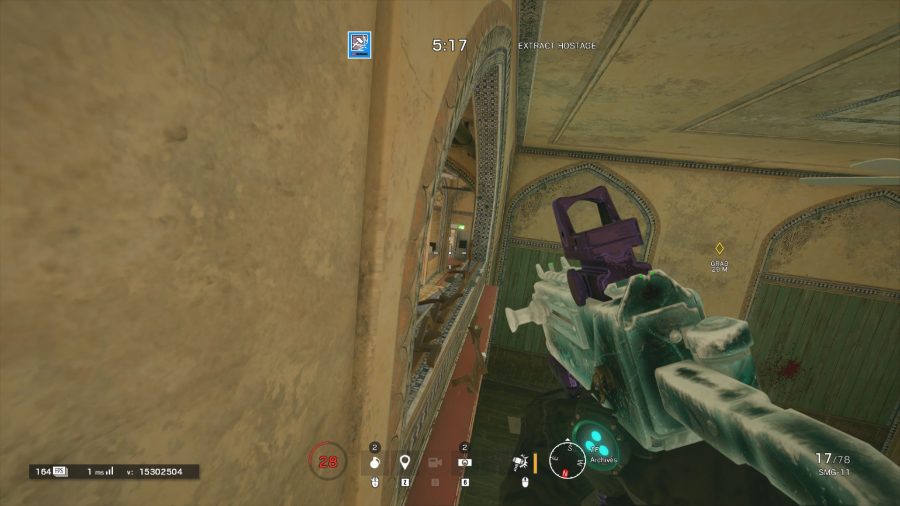 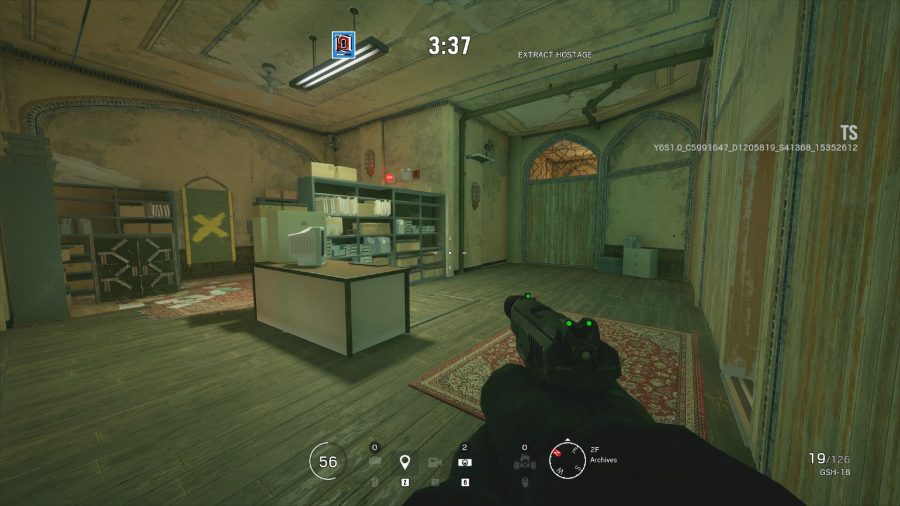 It all comes down to consistency. Tiny moments in every round when you have to second guess a stack of papers, or check an extra angle while clearing a site. These add up. Ultimately, they grant the defensive team – who thrive on miniscule angles – an unfair advantage.

Ubisoft isn’t doing away with clutter altogether, but it’s getting rid of it in the places that count: there are fewer objects on top of pieces of furniture, and items are tucked out of sight in hotly contested corridors. That notorious ‘boost’ spot on Border is pretty much the same visually, but by scrapping the folders on the desk and moving the CRT monitor it’s no longer possible to exploit this position – or at least I wasn’t able to. In an ideal world the desktop monitor would be gone as well, but it’s a start.

Another infamous spot on the old Border is an L-shaped desk lined with desktop monitors and folders in Security, which is commonly held as part of an extended Armory or Passport hold. Even with all the monitors intact, trying to pick out an enemy’s head between all the clutter is a challenge, but when some have been destroyed it’s pretty much impossible to win that fight as an attacker without pre-firing the position and getting lucky. The new version of the L-shaped desk has half as many items on it, so it’s a much fairer fight if you have to root a defender out. 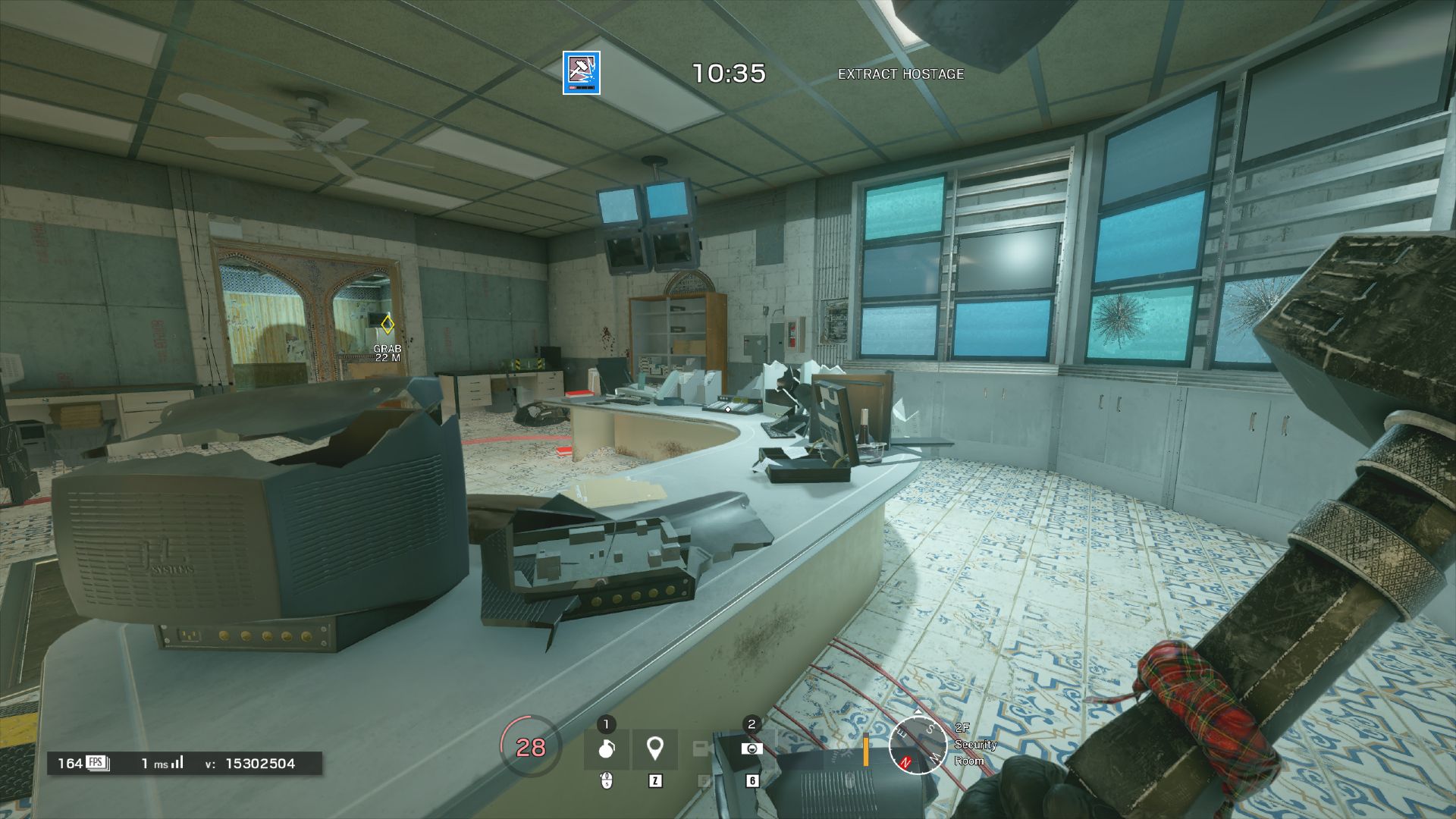 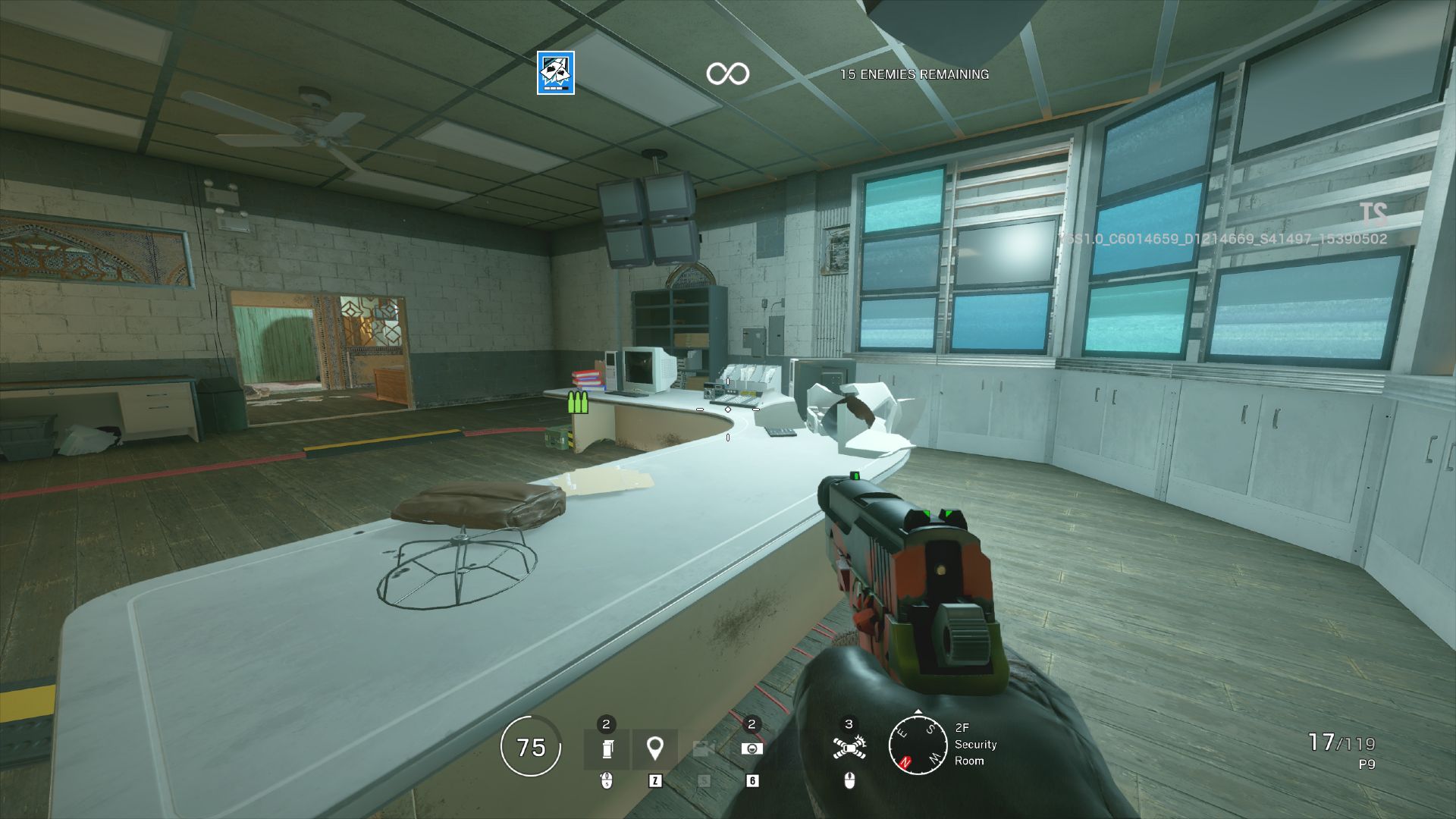 I asked Siege’s game director, Jean-Baptiste Hallé, if we can expect a similar stint of spring cleaning from all future map reworks. “I think so,” Hallé says. “Our awareness of the need for this to be a competitive FPS has increased in the past years. We’re learning with the community too, about what feels right and what feels wrong, but improving the legibility of the maps and making sure that they’re conducive to a competitive shooter is our focus.”

It’s still a little frustrating that Ubisoft isn’t taking this new direction as far as it can go. There is a pristine map with no desktop detritus in Rainbow Six Siege, and ironically it’s the Stadium map, which is only available in casual playlists. While this clean aesthetic clashes with Siege’s pseudo-realistic maps, which ape everything from Waco to Operation Nimrod, these changes are essential to its competitive future, and the Border rework is an important step in the right direction. It should go further.

Check out our roundup of every Rainbow Six Siege Crimson Heist and Year 6 change if you missed the reveal. We also learnt about a potential Blackbeard rework and why there’s no Rainbow Six Siege Year 6 Pass, so check out the links for more.