Looking for the Rainbow Six Siege Caveira Elite skin release date? Ubisoft has unveiled its latest Elite skin for its tactical FPS and this time it is the defender everyone hates to play against, Caveira, who gets the visual makeover and MVP animation.

The new Elite skin for Caveira appears to follow a similar style as IQ’s, showing Cav off in her training attire with some pugilistic winning animation to match. The Elite skin is called Mata Leao, which according to a quick Google search is a reference to the rear-naked choke submission that’s popular in Brazilian jiu-jitsu. As part of the bundle, players who buy the upcoming elite set will get a completely new uniform and headgear, weapon skin, charm, and MVP animation.

The Caveira Elite skin was datamined months ago, leaving fans scratching their heads when Capitao was revealed as the most recent Elite skin for the game. So with the official reveal now complete, here’s when to expect the Caveira Elite release date and roughly what it will cost you.

The Caveira Elite release date is February 20, 2020 – the Elite is set to arrive before the Operation Void Edge release date. 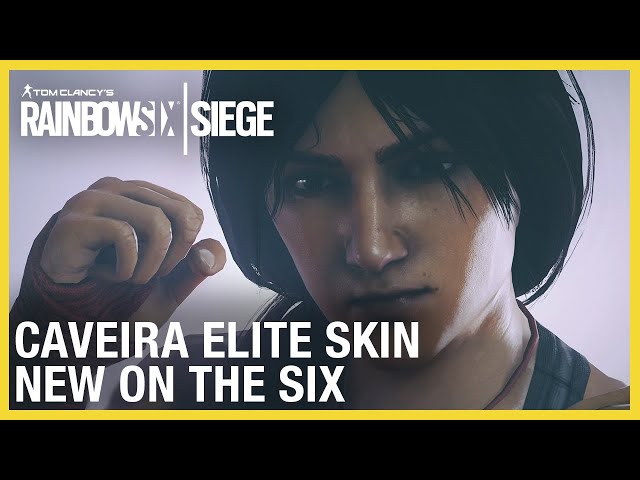 If it’s similar to previous Elite skins, then the Rainbow Six Siege Caveira Elite skin will cost 1800 R6 Credits. However, if you’ve got the Year 5 Pass then this is reduced to 1,620 R6 Credits. The cheapest way to get this is to buy a Bronze and Silver pack of R6 Credits, which is £11.98, or you can buy a Gold pack for £15.99 and have some spare for your next purchase.