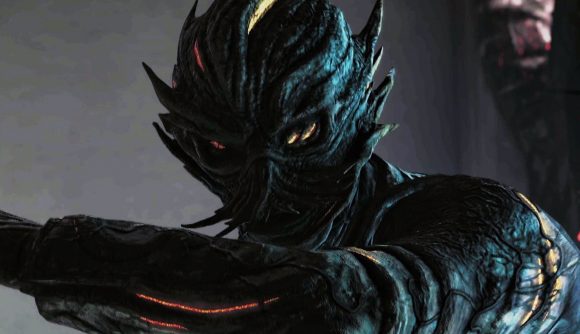 Last week we reported on a likely new limited-time event coming to Rainbow Six Siege called ‘Containment’ – which looked like it was going to tie-in with the upcoming Rainbow Six Extraction. Ubisoft has now confirmed that the Siege Containment event is real, it begins August 3, and it is indeed inspired by the next Rainbow Six game.

The Rainbow Six Extraction release date has been pushed back several times, but you’re now getting a chance to get a taste of the new title in the new Nest Destruction game mode – which launches tomorrow and runs all the way up to August 24. Even better, Siege will get a free weekend from August 13-15, so everyone can give it a go.

The Containment event takes place entirely in a reworked version of the Consulate map that has been overrun by Rainbow Six Extraction’s Chimera Parasite. The attacking team is tasked with destroying the nest inside Consulate, and the player-controlled infected defenders have to stop them.

Defenders can only use melee attacks but have boosted health and speed, as well as Aruni’s Punch and Oryx’s special abilities – like bashing through walls and barricades. Attackers, on the other hand, have a standard loadout with no modifiers and only have access to a reduced Operators selection.

It's a battle of survival against a new threat! Play the limited time in-game event, Containment, inspired by Rainbow Six Extraction. Recruit your squad, experience an all-new game mode and don’t miss your chance to unlock free content! Play between August 3 – 24. pic.twitter.com/dGlbtS0yHR

The limited-time event comes with 33 unique items for players to unlock for their operators, including headgear, uniforms, and weapon skins alongside time-limited customisation items for purchase in the store.