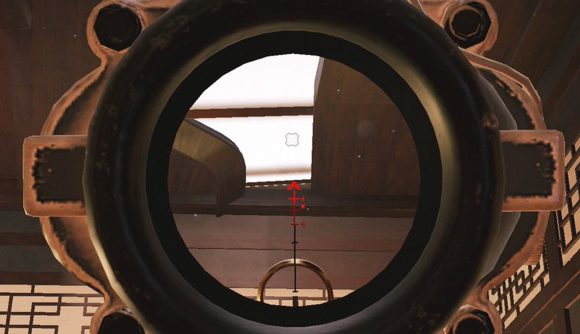 Being one of the world’s most-played games, Rainbow Six Siege is undoubtedly a priority for Ubisoft, receiving plenty of hefty patches and a lot of support. Nonetheless, being an online game with a lot of moving parts, bugs and glitches will always seep in – and sometimes a patch designed to fix one thing will break something else, sometimes in unintentionally awesome ways.

The latest bug for Rainbow Six Siege is an Echo drone glitch which makes things a little unfair for the opposing team. Echo’s Yokai drones and mines are meant to cloak and be hard to spot for enemy players – but they’re not meant to be completely invisible, as there’s usually a Predator-style shimmer that gives them away.

This new bug, however, does indeed make them totally undetectable – and even when you know where they are, you can’t spot them. Even the person playing Echo – who set the drones in the first place and who can see an icon exactly where they placed them – can’t see them.

This bug was spotted by Siege player Leon Giddens, who plays for Team Secret. You can see his tweet with the pictures he took of the drone. As he’s playing Echo you can see the icon where the drone is, but there isn’t any trace of it. A Siege player from the opposing team – Tranqs from eSports organization Elevate – posted his own screenshot of the drone’s location, and without the marker it’s even more impossible to spot.

I'm sorry but what the actual fuck. pic.twitter.com/ZSULcu4mPe

This bug is probably VFX related and seems to have been introduced with the Year 4 2.2 patch, which fixed a number of issues with Echo’s Yokai – such as players being able to see the cloaked drone through damaged glass or shields. Unfortunately it looks like the fix has had the opposite effect, and now no one can see the drone at all – even Echo.

Related: Check out all the new operators coming to Siege

Hopefully Ubisoft is aware of this issue and will fix the bug it created in another patch – and hopefully won’t make it worse. It’s certainly not the first glitch Siege has experienced – there’s a new Clash shield glitch doing the rounds right now, for example. Then there’s the more nefarious bugs, like a chat exploit that forces other players to quit – although Ubisoft is patching it out now and banning players who used it. At least this drone invisibility bug is unintentional, at least.