500 hours into Rainbow Six Siege and I feel like my progress in Ranked has come to a head. I know the maps, the operators, some basic strategies, and which operators work well together, but I cannot break out of Platinum. Ultimately, I want to compete in amateur tournaments, but I cannot do that as a solo-queuing Platinum rank.

Just getting started in this tactical shooter? Here are the best Rainbow Six Siege operators.

So, how do I up my game? Who better to ask then current world champions PENTA Sports, who have won three season finals as well as the recent Six Invitational 2018. PENTA Sports are widely regarded as the best team in Rainbow Six Pro League, boasting a well-rounded, international roster of players who have earned a reputation for being able to adapt their strategies on the fly and back up said strategies with impressive mechanicals.

I spoke with Niclas “Pengu” Mouritzen and Ville “SHA77E” Palola to find out how players like you and I can make the leap to competitive Siege.

The entry point to Siege’s competitive scene is all about Com Cups and Go4R6 [regional open tournaments], so I would say that you go in there with either friends or a mixed team and you feel out the ground. You have to figure out your level. If you are too good for Com Cups then you go for Go4R6, and if you are too good for that then you have to go and figure out Challenger League. You just have to get in with a group of friends, get your name out there so that if you play other teams then they will know who you are, and if you are a good player then they might pick you up and take you to a different, more competitive team. It’s a climb, it’s a grind, and it’s going to take you at least six months, but it’s doable. 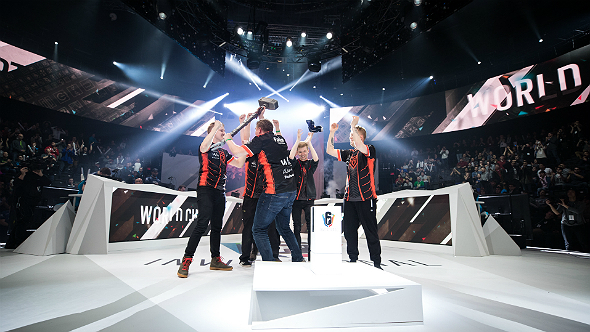 In terms of upping our game, the biggest things that we have in PENTA Sports are communication and diversity. That’s our ideology. If you can play one operator on attack and one on defense, that’s fine, but you are not going to be among the best players in the world: you are not going to be a player, you are going to be the [such and such operator] player. So pick up as much as you can and then whenever you feel like you have reached your limit, that’s when you need to expand further. If you are bad at communicating then you work on that, if you are bad at a few operators then you play them more. If you are bad at playing a certain position in the game then you will have to put yourself in that position and fail again and again until you get to the point where you will succeed.

It’s only about the hours. I think that almost everybody who invests the time and has the mindset can get to Pro League. Obviously, you have to have a competitive mindset and the game sense – those are things that you cannot train. However, if someone wants to get into competitive Siege then Go4R6, Com Cups are the way to go. Play a lot, find a group to play with, and get serious.

The biggest difference between competitive Siege and diamond Ranked is map knowledge and communication. You will find people in Ranked who are just running around, not speaking, and they do not know the maps all that well. It is so crucial to understand what’s above you, below you, and on the other side of walls. I see a lot of people in diamond messing up when they have planted on Bomb, things like not moving far away from the plant to use up the enemy’s time. So time usage is very important, too.