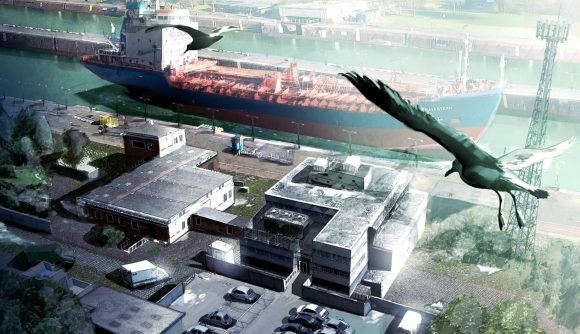 Ubisoft’s ongoing efforts to buff and rework its less competitively viable maps could continue with a rework of Kanal. The Hamburg-set map was one of the game’s original maps, but has not featured in the ranked map rotation pool for a long time now. The first Rainbow Six Siege map rework to Hereford was announced two seasons ago and is nearly ready to be rolled out, which means the community is already questioning what’s next on Ubisoft’s priority list.

We spoke with Rainbow Six Siege’s game designer Leroy Athanassoff at the Six Major Paris about the studio’s upcoming plans for map reworks. “For map reworks, we’re only looking at maps that have a nice competitive potential, like for example, Kanal. These are maps where we think that by working on them we might be able to bring them back to the competitive map roster.”

Kanal is one of the most balanced maps to not be included in the ranked map pool, but it possess a few key problems: it’s a safe haven for spawnpeekers, and there’s only a single rotation route between its two main buildings. Certainly, Kanal is more ready for ranked and competitive play than maps like House, Favela, and Plane, so it’d be logical for Ubisoft to target it as its next map rework.

The Hereford rework is due to arrive alongside Rainbow Six Siege: Operation Grim Sky, which adds two new operators, including the defending team’s first shield operator, Clash. The rework is substantial, with massive expansions to every floor, a new historic aesthetic, and plenty of new ways to traverse the map – so expect a transformation of a similar scale for Kanal if it is indeed the next Siege map rework.