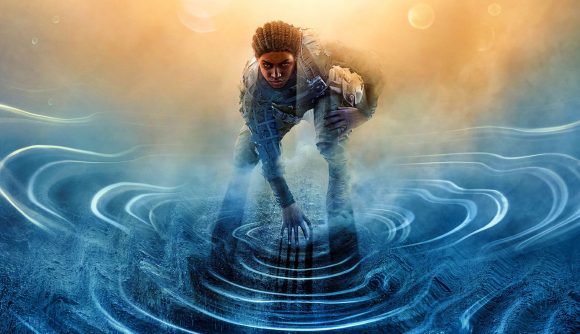 The Rainbow Six Siege Steel Wave release date landed all of ten days ago, and we’re already getting balance changes for its operators. The Y5S2.1 patch will include a couple of tweaks to make Melusi less irritating to deal with, as well as the long-promised option to cancel uneven matches. The latest update to the official issues tracker also indicates that a full rework for the sound system is coming, too.

Melusi’s got two changes incoming with Y5S2.1, per the official post: “lowering the penalty zone by approximately 33%” and “lowering the sound of Banshee effect in first person POV”. Ubisoft says it “received a number of feedback requests for balancing tweaks to the new Operators” during the Steel Wave test server, and these changes are the result.

Y5S2.1 will also add match cancellation for games with too few players. “The goal will be to allow players to cancel matches in the early stages of a game under the condition that their team is incomplete”, Ubisoft says.

Further down the line, in Year 5 Season 3, Ubisoft plans to implement a new sound packaging system. “Our priority on that front is to first repackage the way sounds are stored and connected to the game. We currently have a limited ability to fix specific issues and this improvement should make it easier for us to work on the audio aspect of the game.”

For more on FPS games and multiplayer games, you can follow those links for some big lists of great ones.