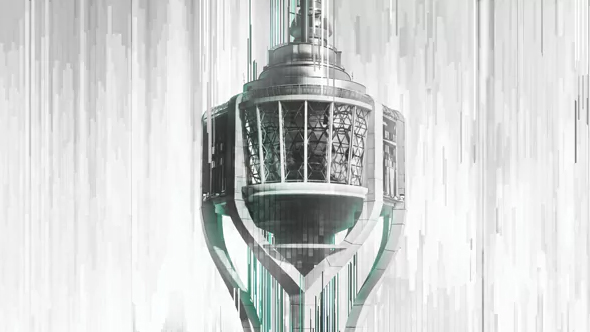 As if zombies coming to Rainbow Six Siege isn’t bad enough, your phone is about to get hacked to hell and back in Operation White Noise, the last of 2017’s seasonal updates for the explosively popular competitive FPS.

Team Rainbow are going to Korea this time, with one especially pretty new map and three new playable operators, two high-tech gadgeteers from Korea and a familiar name from Poland with absolutely no concept of stealth.

Barely know your Echo from your Valkyrie? Check out our who’s who of Rainbow Six operators before digging deep on this new crop of high-tech troopers.

The new map is simply called Tower. Set in a skyscraper high above Seoul, South Korea, it’s all gone a little bit Die Hard. Attacking players start by rapelling down from the roof (offering a spectacular nighttime view of the city below) into a combination corporate and commercial complex, as dense with lushly decorated storefronts as maintenance and office spaces. There’s even a tourist-trap museum, containing automated recordings detailing the history of the city itself.

The map is vastly more vertical than others – three large floors, with elevator shafts and rappel points connecting all of them – and almost entirely indoors, with the only external zones being the attacker-team spawn points on the roof of the building. While there are some surprisingly lengthy sight-lines within the building, it gives the map a distinctly fresh feeling compared to everything that’s come before, with some areas (such as a restaurant complex) being almost entirely geared towards close combat. 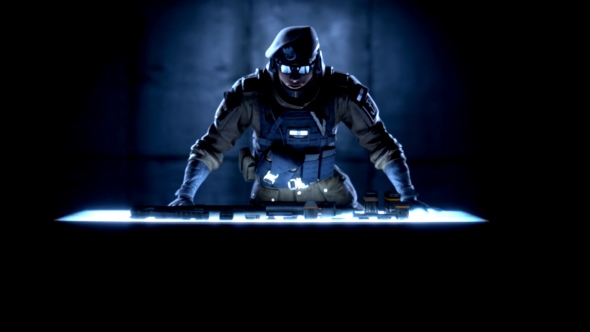 Gorgeous new map aside, there’s three new operators coming to this update. First of the three is Zofia, from Poland, big sister of earlier operator Ela. Subtle is not a word that exists in Zofia’s vocabulary; She’s of average speed and has average armor, but packs a big honkin’ LMG with a 150-round magazine, and the exact same sidearm as Ela.

What really makes her exciting is her gadget, although ‘siege weapon’ is a better description. It’s a double-barreled grenade launcher, capable of firing both impact-detonating breaching rounds and rebounding, proximity-fused stun grenades in rapid succession. In short, she can breach, flash and mow down an entire room in one smooth motion, and then probably stay leaning on that trigger for another 10 seconds, just to be sure.

Her final and most exciting new ability is pure bloody-minded resiliance. If downed, she can revive herself.This takes five seconds, can only be done once per round and leaves her at a miserable 1hp, but it still means you’ve got an angry lady stomping around with an absurdly well-stocked LMG and a double grenade launcher. 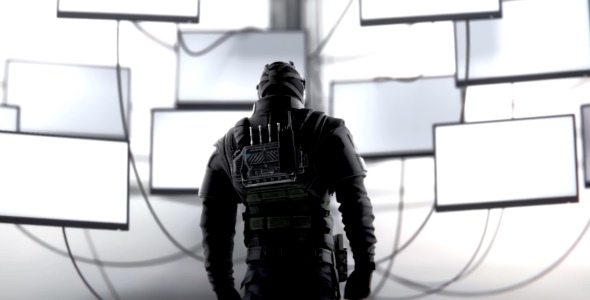 The second new operator is defensive high-mobility, low-armor Korean stealth specialist Vigil. He comes equipped with a lovely sci-fi piece of gear – the Electronic Rendering Cloak – capable of hacking enemy drones and just deleting himself from their vision. It’s cooldown based, so you need to time its use well, but seems a great way to avoid attention early on.

Enemy drone-users will see a little white noise on their HUD to tell them when Vigil is within 12 meters. This gets a little stronger within 8 meters, but never any more precise than that, so you’ll only have the vaguest idea of where exactly he’s standing within a given room.

His weapons include an SMG, two types of machine pistols, and a big honkin’ over/under shotgun. You only get two rounds per load, but it fires solid slug shells instead of cloud of buckshot, meaning it hits like a sniper rifle’s angrier, surlier cousin with surprisingly high accuracy.

He does have some weaknesses. His cloaking system renders him hyper-visible to IQ’s tech scanner, and Thatcher’s EMP can knock the cloaking system out altogether. Least likely (but still amusing) is Twitch’s drone being capable of also shorting out the cloak system, although if you just got owned by a drone as Vigil, you’re probably doing it wrong. 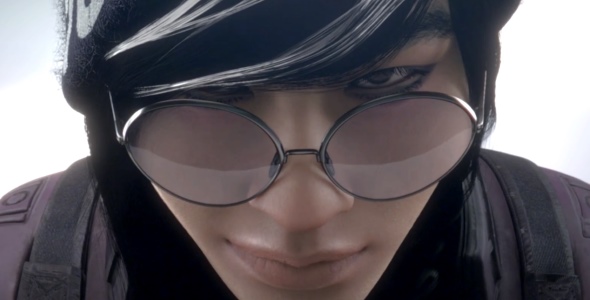 Last of the three is Dokkaebi, also from Korea. A balanced attacker and the most overtly cyberpunk of all the characters. While everyone else has military hardware, Dokkaebi has a custom tablet computer with her personal hacker-tag sprayed all over it, and with it, she can… make phone calls. To the entire enemy team.

Turns out that hiding is a lot harder when you’ve got a loudly buzzing phone in your pocket. If your phone goes off as a defender, you have the option to let it ring, or frantically fish it out of your pocket and turn it off. It’s amusing, but I can see it being a real nightmare for anyone hoping to be sneaky.

Her secondary ability is a real arsekicker, though. She can take the phone from any fallen enemy team member and hack into it, gaining access to the opposing side’s entire camera network. Even Valkyrie’s custom ones. The enemy team will see Dokkaebi’s logo on their camera feed, indicating that they’ve been compromised, but it’s probably too late by then.

Weapons-wise, she has a nicely accurate DMR, but otherwise packs the same weapons as Vigil, heavy-hitting shotgun and all. She does have a pair of weaknesses. IQ (bane of all tech-agents) can spot Dokkaebi’s tablet through walls, making her a nice juicy target, and Echo is enough of a paranoid nerd to render his phone immune to hacking. Either that, or he just remembered to turn it off before the match.

Things are getting a bit more cyberpunk in the world of Rainbow Six, no? The White Noise update will be live on the Technical Test Server on November 20th. Assuming nothing gets too terribly hacked or bugged, it shouldn’t be too far from a public release. And for god’s sake, turn your phone off if you’re trying to sneak into a terrorist hideout!