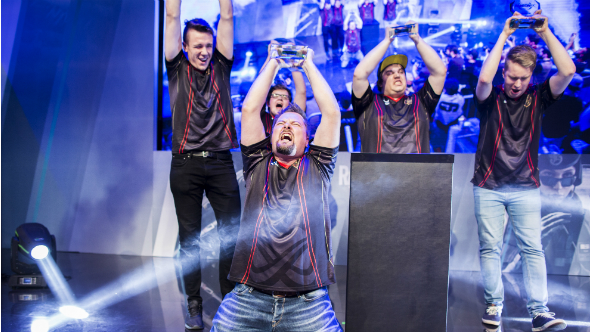 It is a fine November morning in Sao Paulo and I am spending it in a hot, sticky warehouse watching other people play videogames – I could not be happier about it. Rainbow Six Pro League is still relatively small compared to the likes of CS:GO and Dota 2, but it is growing at a remarkable rate. Just a week prior to the Season 3 Finals in São Paulo one of the oldest and highest-earning esports brands, Evil Geniuses, acquired the roster of the best team in North America, Continuum, showing that big brands are looking to invest in Ubisoft’s esports frontrunner.

After info on the latest update? Check out all the new Rainbow Six Siege operators.

It is abundantly clear that the Brazilian audience is particularly fond of this game. Outside, the queue extends along the length of the venue and around the corner – it was that way for a full hour before the doors were due to open. Everyone is looking around for pro players and streamers they recognise, excitedly turning around every time a side door opens. Once inside, they refuse to take their seats until the first match starts, crowding out the front of the stage and eagerly trying to get the attention of the Brazilian side who open the Season 3 Finals, Team Fontt. By the time the countdown for the stream runs its course there are hundreds still standing around the outskirts and they are bellowing out chants with a passion and volume that would put most football grounds to shame – there is little doubt that this crowd exceeds the venue’s 1,000-seat capacity.

There are pantomime boos as Japanese opponents eINs emerge and chants as Fontt take to the stage, nobody can hear the announcements or the casters. Just as the anticipation hits fever pitch the screen freezes as a PC crash causes a 40 minute delay. Despite this setback, the crowd are not deterred and when the game eventually resumes, the first kill for Team Fontt is met with deafening applause. The first two rounds go Fontt’s way in a show of intent that puts APAC region newcomers eINs firmly in their place as the underdogs of the competition. Every kill from Fontt produces a roaring “olé”.

eINs manage to clutch out a 2v5 round with a rare double claymore kill that silences the audience and puts the Japanese side on the board. However, it is not enough: Fontt claim the first game with a final score of 5-1 and repeat the same score for the second map, confirming their place in the semi finals.

The final round is a perfect example of what makes Siege stand out as one of the best FPS esports: eINs lose out due to poor coordination, seeing them finished off in a flurry of kills that do not do their mechanical skills justice. The team wander into rooms without droning them out, and display a surprising lack of coordination that rapidly results in their demise. eINs’s final round served as a sobering reminder that a lack of communication is as fatal at pro level as it is for casual players.

The South Korean mantis FPS met a similar fate at the hands of three-time world champions PENTA Sports, though managed to make it a closer contest. Few expected more from the two teams from the new APAC region, and their addition gave the Season 3 Finals even more variety in terms of playing styles – when Rainbow Six Pro League started it was only North American and European sides in action, now it is a world cup of Siege tactics.

Mechanical prowess came to define both eINs and mantis FPS – both teams nailed their shots and movement, but neither managed to pull together more than a two rounds of cohesive teamplay. Speaking to PENTA Sports’ Pengu after the game, it was the confidence of mantis FPS that surprised him most: “When we were fighting them it didn’t seem like they were afraid of us, it was more like we were afraid of them.”

Later in the day the crowd managed to find another level of excitement as Brazilian team Black Dragons put the North American second seed, 1nfamy, to the sword over two maps. But while the crowd was only loyal to the Brazilian sides, neutral spectators were able to enjoy the unexpected rise of ENCE eSports, the Finnish side who have previously made it to every Rainbow Six Pro League season finals, but failed to progress beyond their first match. If Team Fontt and Black Dragons are the home crowd’s favourites, then it is the job of ENCE to bring some history and a background narrative to the competition.

Their first match is against Evil Geniuses, the two-time world champions now playing under the banner of one of the most storied and successful esports brands on the scene – if ENCE are to break their LAN curse, two years of failing to win any offline games at a final, this is arguably the toughest way to do it.

What ensues is the closest game of the weekend, a three-map clash that exhibits the mix of individual skill and teamplay that makes Rainbow Six Siege such a deep viewing experience. Unexpectedly, ENCE take the first map, although Evil Geniuses make it tough for them by having the player advantage in the last 30 seconds for 3 of the eight rounds. By all rights Evil Geniuses should have won the first map, but a series of clutches make for an unforeseeable twist.

On the second map it is business as usual for Evil Geniuses, showing off their rigorous preparation with a coordinated and measured attack followed up by a rigid on-site hold. The tables turn: ENCE employing a modified version of one of the oldest attacking strategies in Pro League to put themselves on the board, pushing with Montagne and planting behind the safety of his extended shield. EG stick to their routine clawing back their lead and capitalising on every advantage gained for a 5-3 end. ENCE rally for the third map, punishing every miniscule mistake and grinding out a gruelling 5-3 win – made more agonising to watch thanks to a series of disconnects between each round. 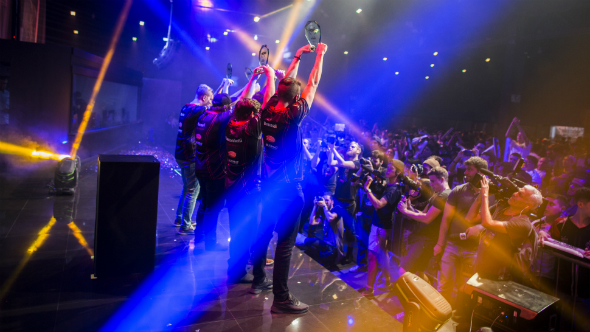 Day one ends with both sides from Brazil and Europe going into the semi finals. The crowd dissipates after ten hours of cheering, chanting, and for the hundred or so without seats, standing.

Having only been to one esport final before this, the level of excitement is a shock, comparable to standing among the home end at a football game: they cheer every show of skill from their team and jeer every mistake made by their opponents. Looking back over the streams for the weekend it is impossible to gauge the excitement, but the sweaty arena was rocking from start to finish – there were even vuvuzelas.

For the most part, the following day was far more pedestrian – with the exception of Black Dragons beating favourites PENTA Sports for a spot in the grand final. LAN curse broken, ENCE eSports hushed the audience by netting a comfortable victory over Team Fontt in just over 50 minutes. In truth, the final was something of a walkover for ENCE, dropping just six of the 18 rounds. But there is something for everyone in the final: a Brazilian team for the home crowd to cheer on, and a heartwarming tale in ENCE finally claiming a trophy after six attempts.

The Rainbow Six Pro League Season 3 Finals was a statement event. It was the biggest Rainbow Six esports tournament, with the biggest prize pool, and also one of the largest esports competitions in Brazil. Technical issues marred the event for streamers, but inside the arena fans were willing to wait, only booing when the audio stream from the US casters was accidentally played instead of the Brazilian duo Meli and Retalha. The emphasis here was solely on the game and the players, and on the haphazard first day of game crashes and disconnects, in a packed, sweltering arena with no aircon, that enthusiasm for the game still managed to shine through.