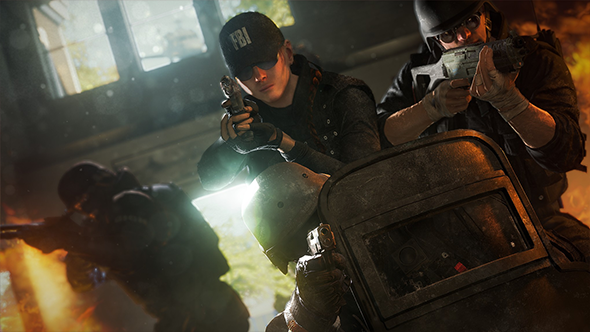 The first female player to qualify for Rainbow Six Siege’s Pro League will no longer be able to play in the league, after her team dropped her following a buyout. Lauren ‘Goddess’ William has been released by Team Reciprocity after they acquired the ex-Cloud9 roster yesterday. Instead, her former teammates will be playing with Alexander ‘Skys’ Magor, and have retained their Six Invitational spot.

In a TwitchLonger posted yesterday, Goddess admits the news came as a shock. She says: “As y’all can see, a lot of stuff has gone down. C9 has parted ways, and I want to thank them for the opportunities they gave me and for truly being an amazing org inside and out. Reciprocity coming into the scene is also a great thing. They may not be as “known” as C9, but given the chance, they’ll do great things within this scene.

“You guys can also see by the video of the tweet that I am no longer part of the R6 team. With that comes a lot of questions, and there’s no way I’d be able to answer all of them. I wish no ill will on any of the players, no matter the ending we had. I know it came as quite a surprise, it was for me as well trust me LOL.”

It didn’t take long for Goddess to be snapped up by another team though, and in the same TwitLonger post, the 22-year-old announces she will be hitting the Contenders League once again with Elephant Gang, where she promised to work her way back to the top.

Although the acquisition was unexpected, much of the Rainbow Six Siege community are intrigued to see how the team will work in the long run, especially since LaXing and Skys have been reunified after their Counter Logic Gaming days.

A Dream Start for the #RECPack, starting off our @R6esports Journey with a 7-2 Victory in @ESLRainbowSix Pro League!

Can never count the team out of a round!! pic.twitter.com/odUtmxYSah

Team Reciprocity, who are still living in the Cloud9 house until alternative arrangements are made, got off to a good start in the Pro League though, with a 7-2 win over Excelerate.

While time will tell just how far Team Reciprocity will climb the Pro League ladder, it is sad to see such a big organization leave the Rainbow Six Siege esports scene.