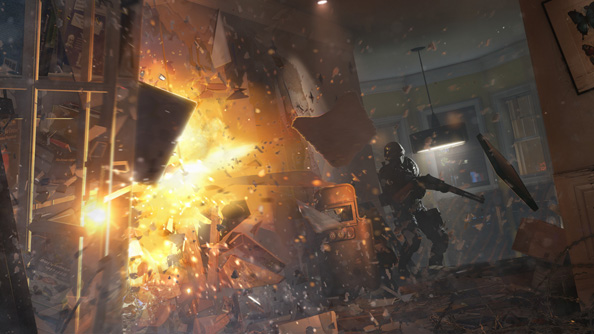 The wait was not, it transpires, in the name of building a single-player campaign for Rainbow Six: Siege to match that of Vegas or its sequel. It was about tango downing as many of the beta’s bugs and quirks as possible before release.

“We have to try and get in as much as we can before the game ships,” animation director Scott Mitchell told our Phil at EGX. “That’s exactly why the game was pushed out a little bit: so that we were giving people extra time to play as much as they can during the beta, voice their opinions, get the spiderwebs out of the way from the closed alpha and then really bite into it and see what they think. And give us the time to fix it if we can.”

Given that this is, lamentably, a wholly multiplayer game with support planned long after launch – will its team at Ubisoft Montreal ever feel like they’re finished?

“No,” said Mitchell, “and actually it’s important that we don’t take on that kind of mentality. Because the game is going to remain live after we ship. We don’t want to offer players the opportunity to play early in closed alpha and closed beta, then shut the door on them after and say, ‘Oh, thanks for your money’.

“That’s not it at all. We want the community to stay live with us the whole time. Our way of thinking is that it’s extremely important to get them involved, let them be verbal, take their feedback and keep them in. If you shut the door on them that’s not going to happen.”

Hear, hear. But I can’t help but pine for the scrapped Rainbow Six: Patriots, now that I know there’ll be no solo squad command shenanigans. How about you?