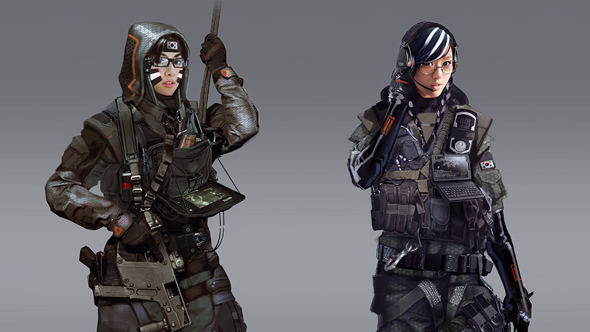 Operation White Noise is in the midst of its rollout to players, bringing three new operators and a new map to the tactical shooting action of Rainbow Six Siege. In a new video documentary, the developers at Ubisoft explain exactly what went into bringing it all to life.

Check out all the details on what’s been added in Operation White Noise.

Dokkaebi was named for a creature from Korean mythology, a goblin with the ability to possess inanimate objects – a natural fit for the operator’s hacking ability. A ton of design iterations came in bits and pieces to define her final look, but the one thing that stuck around until the end were the glasses. Not exactly tactical, but you’ve gotta have that hacker look.

Recent operators indicate the team’s design focus going forward, with a greater focus on strong personalities and engaging backstories. Zofia serves as a particularly strong example, as she was designed in tandem with Ela to help define the relationship between the two sisters. The personality-driven design extends to game design changes, too. Zofia initially tossed grenades by hand, which seemed too static, so the grenade launcher was born – and with it, plenty of opportunities for more unique gameplay options through the weapon’s bounciness.

Tower is unique among Siege maps, because it doesn’t distinguish between inside and outside locations. That’s a deliberate attempt to expand what the game’s map formula – the “cookbook,” as the team calls it – can do.

You can check out quite a bit more detail in the video above. Even though Operation White Noise is barely out of testing, players already have a method of spawn killing, but we’re sure that’ll be kicked out of the game shortly.