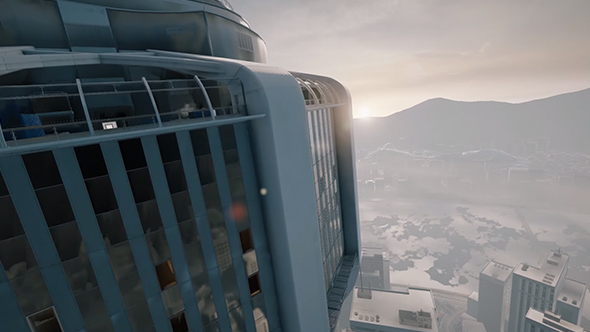 Spawn killing has been a problem in Rainbow Six Siege practically since its release in December 2015, and players have already discovered how to do it on its newest map, Mok Myeok Tower.

But who will you be spawn killing? Here are the new operators in Rainbow Six Siege: White Noise.

The method is so simple that it feels like an oversight by Ubisoft. All the defenders have to do is peek out of a window, and they have a clear line of fire on the attackers as they rappel down the side of the tower. It’s not technically a spawn kill, but in that it means certain death for one of the attackers’ only two paths out of their spawn zone, it’s pretty close.

More accurate examples of spawn killing include tossing C4 across the map into the attackers’ spawn zones in hopes of getting a lucky kill, which is a thing that has happened in Siege before. Ubisoft have considered solutions as drastic as changing the level designs and removing the defenders’ two seconds of radar protection, though they haven’t gone through with the latter just yet.

If you can tolerate feeling gross for a few cheesy wins before Ubisoft patch it out (and being called a ‘brah’), there’s a video guide to this ‘spawn killing’method here: