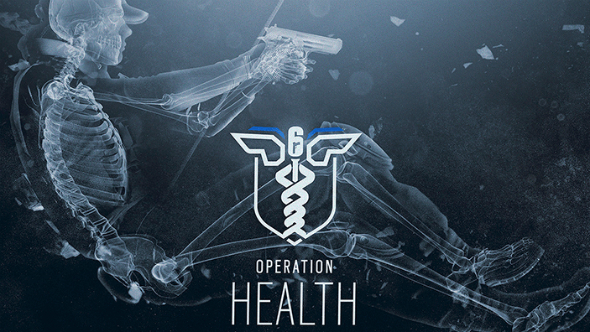 With the first wave of the Operation Health changes now live, members of the Rainbow Six Siege Technical Test Server subreddit have been beavering away to find all of the major changes. One of these features is Siege’s active matchmaking, which allows players to actively change Operator loadouts and attachments while queueing for a game. Gone are the days of waiting in the same window until all the slots finally fill up for a match.

Just getting into Siege? Check out the best Rainbow Six Siege Operators.

You should also now get a desktop notification whenever you successfully joined a match in Rainbow Six Siege, with its program icon turning red.

As for gameplay changes, a common spawn peek spot in the Archive area of the Consulate map has been filled in with crates, and Kapkan can now place traps a lot easier. Operator hitboxes are now molded to their bodies, rather than the gear they are wearing and it’s now much easier to see when you’ve run out of uses of your Operator gadget.

The TTS also shows the new Operation Health menus, which has Doc looking pensive as you navigate through the menus. With one of the new menu screens showing Doc wearing a lab coat, some fans are taking this to be his new Elite skin. This seems doubtful, as a bright white labcoat doesn’t actually seem the best attire for staying inconspicuous. Plus, imagine it getting trapped in one of the wall reinforcements.

Once Ubisoft provides up-to-date patch notes for Operation Health, we’ll let you know about all of the new changes which should hopefully give Rainbow Six Siege a clean bill of health.

So when will you be able to test one-step matchmaking? The phase will launch on May 17 at 18:00 BST and will cease on May 19 at 19:00 BST. Other minor changes are also in the phase but have not been listed.

Operation Health has had a rocky reception with members of the Rainbow Six Siege community, with many players expecting the game’s second season of annual content to arrive this week and instead hearing that they’ll have to wait until August for any new content to arrive in the game. It’s important then that Ubisoft Montreal get off to a strong start with their promised improvements to the backend of the game, of which switch from two-step to one-step matchmaking was an integral pillar. With one-step matchmaking arriving in today’s Technical Test Server phase, it shouldn’t be too long before it arrives on regular PC servers, and finally console. For more on Operation Health, check out our in-depth Operation Health interview with Alexandre Remy and Xavier Marquis.