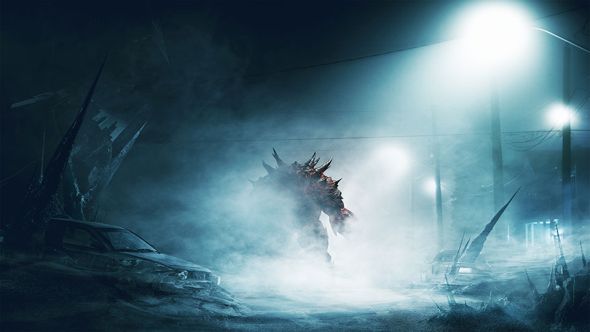 In the wake of last week’s second trailer for Rainbow Six Siege’s upcoming Outbreak mission, Ubisoft posted a brief to prepare players for the monsters they’ll find in Truth or Consequences. The Outbreak infected hostile brief explains the different types of enemies you’ll come up against when Outbreak releases.

Here’s everything we know about Rainbow Six Siege’s Mission Outbreak.

There are five “lethal profiles” included in Outbreak. The brief states that “a parasite caused a surge of violence and chaos” in Truth or Consequences, and that you’ll play as part of a three-operator strike team.”

At the bottom of the monstrous food-chain are the ‘Grunts’. These are common hostiles, but “become highly resistant when the parasite detects an enemy presence.” If you’re discovered, the parasite will armor the host body, making it more resistant to bullet wounds (explaining the spikes that grew from that severed arm in last week’s trailer).

As well as grunts, there are four unique infected types, that you’ll want to steer well clear of. ‘Breachers’ are “proximity bombs,” very agile enemies who can launch themselves into battle, and are also able to blow holes in indestructible walls. ‘Smashers’ are less volatile, but are reinforced under a “massively thick hide,” and can tear down walls without taking damage. ‘Rooters’ are rare, but send out spikes from the ground to immobilize targets, and become “extremely lethal” when low on health.

The apex-predator of the Outbreak is, well, ‘Apex’. Rather than attacking you head-on, Apex will send waves of enemies towards you, and hurl blinding projectiles, which only Finka and Doc can protect against. You’ll have to bring down Apex to beat Outbreak, but it’s clear that’s not going to be particularly easy, as all of the monsters will combine their skills to eliminate the operators.

Mission Outbreak will run from March 3 to April 6, and will feature the two new Operation Chimera operators as well as batch of operation-appropriate characters.