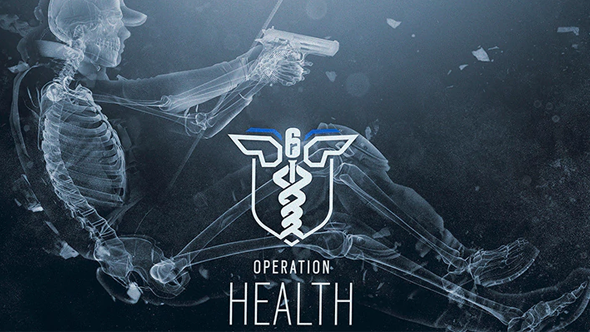 Ubisoft have discussed dealing with toxic behaviour in Rainbow Six Siege for some time, though they’ve often been vague about the details – aside from some strict bans on racial and homophobic slurs. Now the developers have outlined their plans to deal with bad player behaviour in greater detail.

Play at the top of your game with the best Rainbow Six Siege operators.

Those slur bans will be applied “with increasing severity on a case-by-case basis.” Bans can be for 2, 6, or 15 days, or permanent, depending on severity, and Ubisoft are tracking individual players to see how often they’re using defamatory language. Particularly egregious offenders may be banned permanently without a warning or shorter ban beforehand.

Season 3 will also see the addition of a mute text chat function, letting you silence communication from specific players. You can mute text or voice individually for any player in the game.

The season will also add an automated chat filter that replaces words in a specified list, notifying players when their language is found “unacceptable.” The developers will track the number of times this filter is triggered to take action against players who are “intentionally having a negative impact” on others.

Team killing will be dealt with even sooner, with season 2. Ubisoft plan to “track long term offenders across multiple games and sessions that slip through the cracks of our current team kill detection system.” They’re staying light on details to avoid letting determined offenders exploit the system.

Ubisoft say these changes are “short-term,” aimed at beginning a plan to address toxicity, “but we do not plan to stop there.”

Update February 19, 2018:Ubisoft provide an answer on why they aren’t providing many answers about addressing toxic behaviour.

Players behaving badly are a problem inherent to any online game, and every set of developers take their own steps in curbing it. The team behind Rainbow Six Siege has been discussing various options for ages, from talk ofditching friendly fire in casual playto recently implementing a toxic player report button, but Ubisoft have often been reticent to discuss their specific plans to address the issue.

“Toxicity is not an easy one,” creative director Xavier Marquis tells us. He says internally “it is not called toxicity, it is called player behaviour, because it is more than toxicity – it is how to train players to be good players in the game. In terms of design it is way more complex than only toxicity.”

Marquis says “I do not want to communicate on what we are doing because we want to stay agile in this game. We do not want to put a specific date on anything. Yes we are working on it, but we do not want to put any time frame on that.” He adds “I have been team-killed, I have received bad treatment, so I know about it, but it needs a proper design.

“Also, one thing that is extremely important about this game: be patient. Never patch too quickly as you will pay the price if you are doing bullshit on this game. It is really important to be patient, to analyse, to check all of the situation, before patching anything.”

That’s pretty similar to the answers we’ve heard from the team in the past, though brand director Alexandre Remy did put a rough timetable of 2018 as the starting point for their plans to address toxicity. Answers have come in bits and pieces, and it seems we’ll continue waiting for a full answer to the question.

Ubisoft have issued a new announcement on their plans for addressing toxicity reporting in Rainbow Six Siege, which is probably best summed up by a single quote: “If you use racist or harassing speech in our game, you will not be allowed to play our game.”

A ‘report toxic behaviour’ button was added on the Siege technical test server a few weeks ago, and now the developers have detailed exactly how those reports will work. “Racism, hate speech, and harassment are not tolerated in Rainbow Six Siege,” and Ubisoft plan to ban accounts guilty of that kind of behaviour.

When a player is reported for toxicity, their account will be flagged and an investigation will follow, resulting in “appropriate action” including bans for violations of the code of conduct. Ubisoft say no one will be banned solely because they were reported, but investigations “in the near future” will result in waves of bans for repeat offenders. They add that in “extreme” cases, toxic players will be banned without warning.

“We understand Siege is an intense game and can be emotional,” reads the announcement on Reddit, “so some mature language will be expressed. However, when a player uses our game to spread hate, racism, or bigotry, that player will not be able to play our game.”

While hate speech is certainly a big part of online toxicity, team killing is another issue that’s been plaguing Siege, and one Ubisoft have publicly spoken about addressing. But the new toxic behaviour button will not be used for team killing, as the developers are working a “more refined process” to address the issue, focused on addressing “extreme cases.” But they say they can’t offer details on how this will work just yet.

Since Rainbow Six Siege launched two years ago, the only option report option was for cheating. That meant there was very little opportunity to moderate the community as a whole, something of a problem in a tactical competitive game.

Fortunately, according to a tweet from Justin Kruger, the game’s community developer, that’s about to change. He posted a picture last night documenting a “new reporting option on the TTS,” which would allow players to report toxic behaviour.

Kruger goes on to say that “more info will come out later on how this works, but there will not be automatic ban sanctions. So no one will get trolled into a ban.” Currently, ‘suspicious behaviour’ can be reported to the automated BattlEye service, which is able to detect whether or not players are using cheats, but that service won’t really work for actual player behaviour.

Toxic behaviour as outlined by the Rainbow Six Siege code of conduct includes harassment or bullying, either verbal or via voice chat, and the use of any obscene or discriminatory language.