After multiple leaks and teases, Ubisoft Montreal have finally revealed one of the new operators for Rainbow Six Siege’s Operation Blood Orchid update. Ying is a short-range specialist and a member of the Special Duties Unit, nicknamed the “Flying Tigers,” operating out of Hong Kong. Check her out in the brief trailer above.

Here’s everything we know about Rainbow Six Siege Blood Orchid.

“The S.D.U. is known for leading high-risk operations amidst Hong Kong’s dense urban population,” scriptwriter Farah Daoud-Brixi explains. “For this purpose we opted for a character with an awareness of their surroundings and a concern for civilian lives. This is why we envisioned her as being heavily trained in close protection, which also influenced her playstyle.” 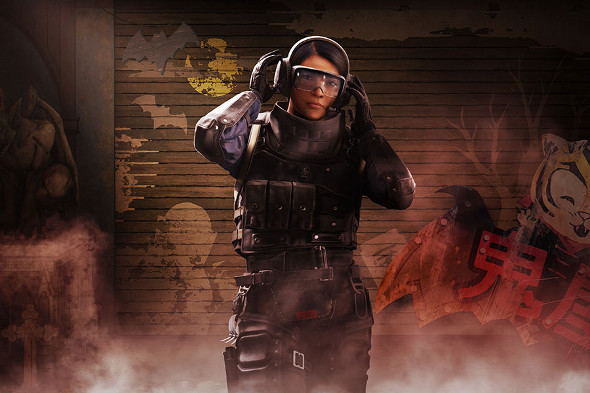 Most of Ying’s reveal is focused on her backstory, which isn’t likely to have anything to do with her role in matches. We do know, however, that she’s equipped with the SIX12 and T-95 LSW as primary weapons, and the Q-929 as a secondary weapon, “to highlight the ballistic edge” of the Flying Tigers.

You’ll be able to see more of Ying and the other new operators during the Pro League finals at Gamescom on August 26.

Earlier today, Ubisoft’s Remy Alexandre discussed the Rainbow Six Siege leaks with us. There’s been a leak in every season so that now they expect them to happen. “We’re getting used to it!,” Alexandre says. “And what we’ve experienced so far is that, even though there have been some leaks, the community starts to get excited.”