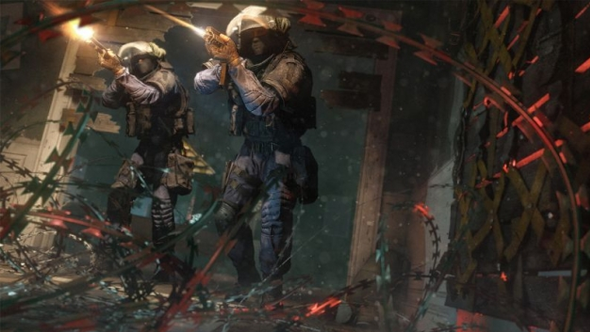 Ubisoft have just announced the name of the forthcoming season of Rainbow Six Siege content, Operation White Noise, but they have yet to reveal much about its operators and their abilities. Enter 4chan, and a leak that correctly predicted the title of Operation White Noise almost an hour before it was officially revealed by Ubisoft. In addition to that correct prediction, the leak also claims to reveal the ability of each new operator, as well as a zombie mode with its own bespoke operators and maps. That last bit is… well, it is whopping claim for an anonymous source, but considering other elements of the leak are accurate, there could be something in this.

Here’s everything we know about Rainbow Six Siege’s new operators.

You can find the full list of claims here.

Why? For starters, the gadget of the South Korean attacker operator links up perfectly with the name of the operation, making all nearby gadgets emit a loud noise. The same is true of the ability of the South Korean operator, who can provide invisibility to all drones. Then there is the predicted name of the new Polish attacker operator, Zofia, which aligns neatly with some of Ela’s datamined voice lines that reference another character by the name Zo or Zoë.

Of course the addition of a zombie mode, Mexican operators, and new zombie maps is totally new and very much unexpected. But its place in an otherwise accurate and legitimate leak make it worth keeping an eye on.

We reached out to Ubisoft, but they declined to comment.