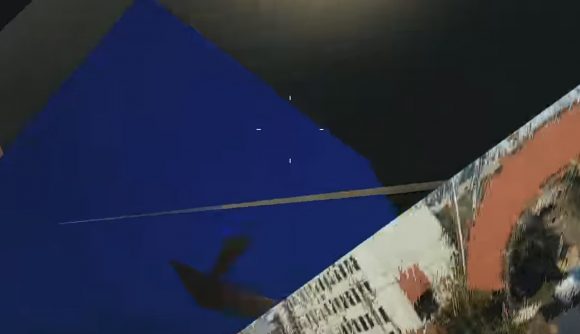 Some Rainbow Six Siege have been making use of the Bird Box glitch to send enemies into polygonal nightmares. There have been some workarounds to save yourself from the exploit, but those have been less than ideal. Thankfully, it looks like Ubisoft has a fix on the way to save us all from further acid trips.

The latest patch notes for the TTS detail the fix for a “visual graphic glitch that impairs the users sight.” Just in case you weren’t sure what that means, Ubi specifies: “also known as the ‘Bird Box’ glitch.” Assuming this update doesn’t cause any further issues on test servers, we should see the fix hit the game proper soon.

Bird Box glitches came to prominence thanks to a video from MicrowaveGaming on YouTube. Players who aren’t exploiting the glitch have been understandably reticent to describe exactly how it works, but the end result is that find yourself swimming in visual noise from distended polygons. As Rock Paper Shotgun noted last week, you can extricate yourself by messing with AA or ambient occlusion settings, but that’s obviously not ideal in the middle of a match.

Thankfully, we’ll soon be relieved of the Bird Box’s reign of terror.

The Siege community has increasingly clamoured for an Operation Health 2.0, and glitches like this are at least part of the reason why. Even if we don’t get a major overhaul for the game, hopefully we can expect quick hotfixes for these issues to continue.