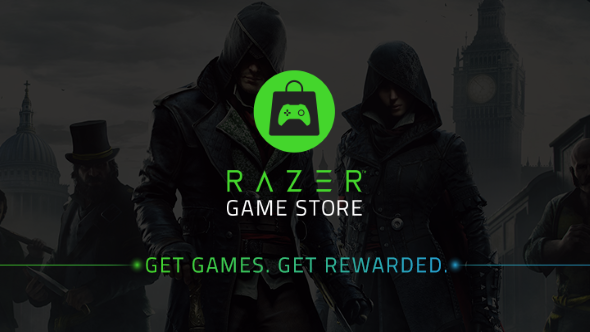 How do you solve a problem like Steam? It’s the world’s biggest digital game store, and with around 1.5m new users signing up each month it’s only growing. So you’d have to be mad to try and open up a new game store in the face of such mammoth competition… be mad or be Razer.

To get the most out of your favourite games you need the best PC controller around.

Razer are opening a new digital game store, with the catchy title: Razer Game Store. Keep it simple, stupid. The tagline for the new online shop is ‘Get games, get rewarded’ and that is one of the three key pillars to Razer’s new venture and one of the things they hope will separate themselves from the competition.

“Basically, through this game store you can earn rewards with your gaming purchases,” Vozone says. 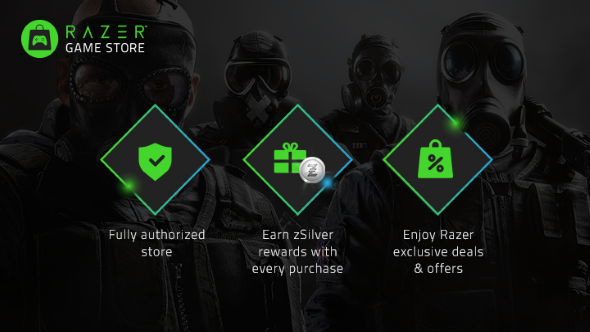 Razer aren’t setting up their own DRM platform like Steam or Origin, they’re creating a store where they essentially just sell the game codes via their Razer Game Store website. You will still be buying Steam keys, or Origin, or Uplay keys, but you will be doing so through a third-party portal.

So, why should you take the extra step away from your target platform to get the key from Razer? They’re hoping the lure of loyalty points, in the shape of their zSilver rewards credits, will have you coming back for more.

Razer introduced their zVault ecosystem in March last year, and it combines a digital currency – zGold – with rewards credits – zSilver – to deliver exclusive offers, discounts, and freebies to its users. On GamersGate, for example, you can opt to pay using zGold at the checkout, so long as you’ve topped up your wallet with enough Razer cash. And if you do you’ll get a certain amount of zSilver that you can then save up to get you a discount voucher to spend on Razer’s own peripheral store, etc. 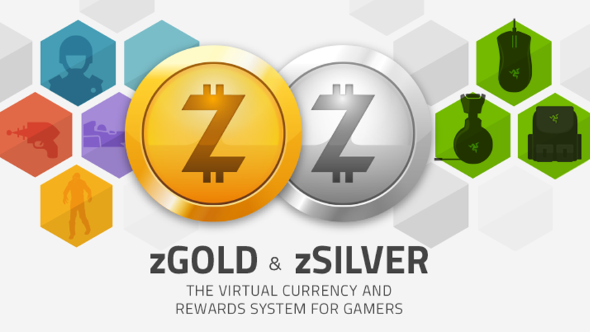 It’s set to work in a similar way on the new Razer Game Store, except that any purchase will net you zSilver. So, even if you pay by PayPal, or credit card, you’ll still net yourself some shiny Razer loyalty points. The difference is that you’ll get way more zSilver for paying with zGold. The example I was given regarding a pre-purchase of Far Cry 5 for $69.99 meant you picked up 1,400 zSilver for a standard purchase but 6,999 zSilver using zGold.

To put that into a little context, a $20 discount voucher for the Razer hardware store will run to 10,000 zSilver. Or, if you want to save up, you can pick up the Razer Ergonomic Keyboard Rest, similar to the stunning Blackwidow Chroma V2’s, for just 37,000 zSilver. To be fair, I’m not entirely sure about how they figure out the zSilver value of these different things given the fact that you can pick up two $5 discount vouchers for just 3,000 zSilver, while the $10 version costs 5,000. Doesn’t seem to really add up to my admittedly poor maths skills… 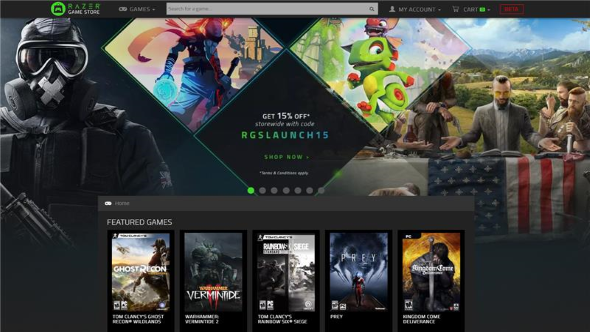 The rewards aside, there are another two key pillars to the Razer Game Store. One, that it’s a fully authorised store and two, you will get Razer exclusive deals. The first point is rather important in these murky grey key times of ours.

“What this means for the gamers,” says Vozone, “is that all the keys they get from our store are fully functional, perfectly legitimate, and not sourced through any kind of shady, grey market channels that some stores go through.”

The Razer name ought to be enough to ensure a modicum of user trust, but the fact they’re being so upfront about this should head-off any back-of-the-mind suspicions you might have had.

The Razer exclusive deals will be worked out with specific publishers or developers and means that, for tagged titles, you will receive things like double zSilver rewards, discounts on subsequent purchases, or offers on new Razer peripherals via their separate hardware store. 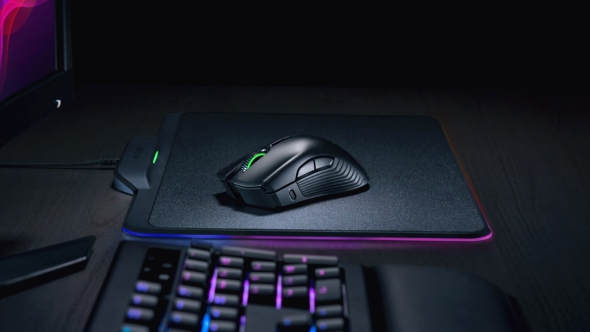 Given the habitual nature of gamers’ buying trends it’s tough to know whether the rewards or exclusive deals will be enough to shift people away from their Steam happy place, but Razer are confident people are willing to change if you give them the right information. The catalyst for the new store actually came from Vozone and his team witnessing the changing buying habits of gamers while updating the Razer Cortex software.

“We saw that within our user base their behaviour started to change,” says Vozone, “they started to visit these stores more often, they started to build up their wishlist of games and wait for that price drop to happen.”

Inside Cortex Razer had introduced a price comparison engine, and by showing that the games their users wanted were available for less than on Steam they saw a genuine change. And that seems to have been enough to convince Razer there is an opportunity, especially with the 40 million registered users they can influence through their software. 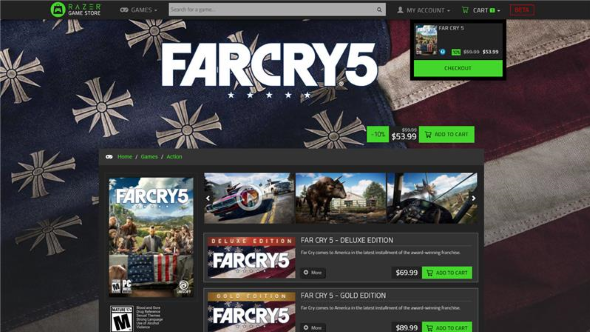 “Most people are on Steam and they think, why would I go anywhere else?” explains Vozone. “I play my games on Steam, they sell me the games, it’s easy, it’s simple, it’s right there. They have Summer Sales and Winter Sales and they have crazy discounts.

“What people aren’t aware, or if they are they kind of ignore the fact, or are a bit sceptical of the fact, that this is a marketplace like any other. You have great stores like GoG, like Green Man Gaming, who are fighting for the customer, and they’re providing discounts, and they will talk to these publishers and distributors and try to get these great deals for gamers. And it’s not just during summer sales or winter sales, it’s happening year round, it’s happening right now, it’s happening every week.”

Through this existing software ecosystem Razer sees a future where they can see what games people are playing, what peripherals they are using, and be able to tailor offers and discounts specifically for them. 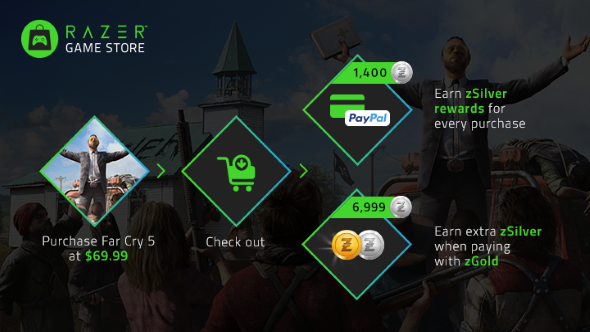 “Best case scenario,” says Vozone, “we would become the Netflix for games in the sense where they have that really powerful recommendation system that they own and that they’re known for.”

But that’s a long way down the line, and Razer have big plans for the first year of the store. If these plans can come to fruition then they may just be able to carve out a very profitable niche for themselves, despite how difficult the US and UK markets might be in the face of such severe competition.

Still, it’s a mighty big task, but as Vozone says, they don’t like to do things easy…