Fresh off the launch of the Blade Pro 17 we caught up with VP of Systems for Razer EU, Mathias Kjessler, about the company’s successful venture into the laptop system game and where it’s going to go next. And one thing is abundantly clear, Razer is not going to launch a cheap and cheerful laptop anytime soon.

The Razer Blade 15 is more your regular gaming fare with an RTX 2060 and 9th Gen CPU. It’s also a little cheaper, starting out at £1,900 for the latest models, and is likely the one dyed in the wool gamers will find most appealing. But there’s a reason for Razer’s price premium, Kjessler says, and it has all to do with the total addressable market (TAM) that Razer is hoping to capitalise on.

“Well, the ethos of the company is that we’re a lifestyle brand, our heritage is peripherals. But anything we do is always around being premium. Because we believe that we have a brand that has that heritage, we believe that the products that we’re making, if we talk from a laptop perspective, have the components and parts that are towards the high-end.

“And that’s why we operate in a price band that we’re quite alone in, I would say, in the TAM. It’s not a massive TAM, but we believe that we’re never going to be an entry level brand.”

Favourite rodents: These are the best gaming mice around

Dropping the price further, and making sacrifices for those savings, could forfeit what the brand stands for in the market, Kjessler explains.

“Rightly or wrongly I usually compared to if you have a Kia next to a Porsche or a high end car, you wouldn’t want to have them next to each other because they’re different consumers you’re after, they have different technical aspects. And we believe that we’re in that premium segment where we need to have that look and feel.” 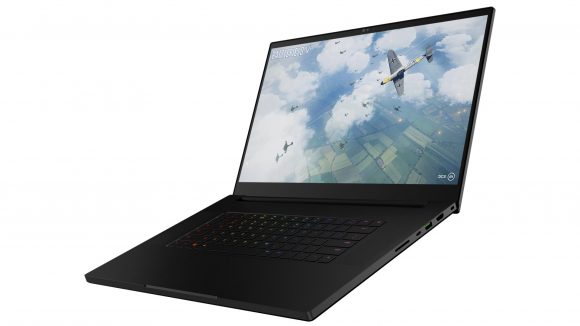 But there is some hope for those of you with a limited budget and a penchant for Razer’s logo – which is apparently quite a few of you as the company is now building a toaster thanks to an outcry by its most loyal fans. Despite the brand’s speedy success in the laptop market with the Razer Blade range, it’s hoping that furthering its portfolio elsewhere will allow for further flexibility in future product design.

For now, Razer is bringing three laptops – the Stealth, 15, and Pro 17 – into Europe, specifically the UK, Germany, and Scandinavia. Following any and all success with these laptops, the company may branch out a little further. That includes bringing its recently announced Razer monitor to these hallowed shores.

So if you want cheaper, entry-level Razer laptops, you better get buying… but Razer would say that, wouldn’t it?