The new Razer Blade Stealth 13 GTX might be a bit of a mouthful, but it’s also one of the most powerful lightweight laptops you’ll ever hold, and genuinely the first true gaming Ultrabook. This slimline, 13-inch beauty has no right to house a discrete graphics card beneath its sleek exterior, and yet purring away inside is the latest Nvidia GPU silicon from the Turing architecture.

That’s quite a feat in a laptop chassis that’s barely 1.5cm at its thickest. Traditionally keeping a discrete graphics card cool in such a form factor has been borderline impossible, but the combination of Razer and Nvidia engineering know-how means you can get an impressive level of 1080p gaming performance out of a notebook that wouldn’t look out of place at a board meeting.

Seriously, if you’re subtle about it you could game through an entire death-by-PowerPoint session with the Razer Blade Stealth 13 GTX sat in front of you, such is the restrained style of this 13-inch notebook. After all, it’s not called the ‘Stealth’ for nothing…

Intel created the Ultrabook specification as a way to encourage PC-based competition for Apple’s MacBook Air way back in 2011. It categorised them as ‘subnotebooks’ and limited the allowable thickness for an Ultrabook to less than 20mm. That basically meant Ultrabooks were necessarily low-power, low-performance machines barely good for anything more than a little light word processing and interweb browsing. And certainly not for gaming. 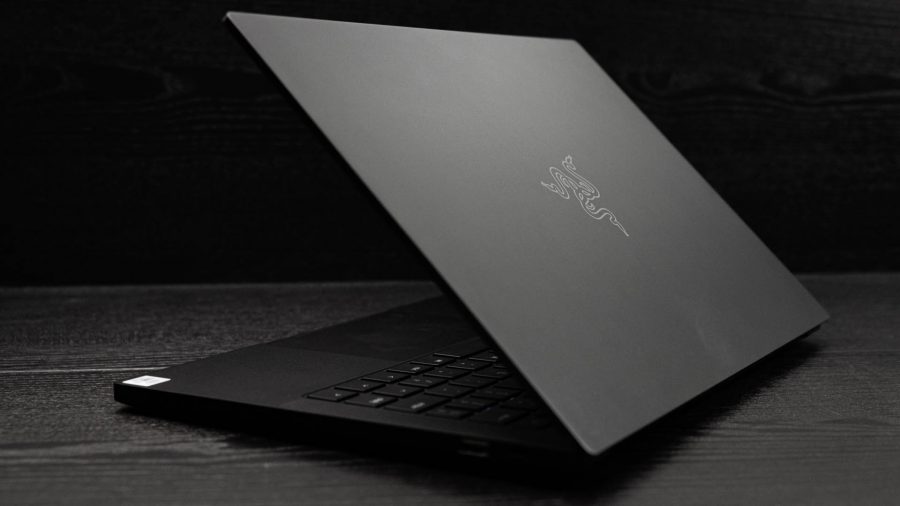 Flash forward to 2019 and Razer has released the Blade Stealth 13 GTX, smashing past the original thin and light goals of the Ultrabook aesthetic and delivering something that is anything but a ‘subnotebook.’

That’s not to say Razer hasn’t been laser-focused on maintaining battery life and efficiency, because it’s using the latest Intel Ice Lake processors with the new 10nm production process to deliver four cores and eight threads of compute power. The Intel Core i7 1065G7 also comes with Intel’s Iris Plus graphics which on its own can provide an impressive level of graphical performance without ever having to spark up the discrete Nvidia GPU in general desktop use.

That’s what allows the Blade Stealth 13 GTX to still deliver all-day battery life when you’re in office mode. But when you want to switch to gaming mode that Nvidia GTX 1650 GPU will burst into life offering seamless 1080p gaming to match the crystal clear 13.3-inch FullHD panel. But it too is tuned for efficiency, beyond even what the latest Turing GPU can offer itself.

The specific Max-Q Design of the GTX 1650 means that it has been specifically configured to match the performance of the GPU to the constraints of a slimline notebook form factor. In essence that just means dropping only around 10% of the performance compared with the full-fat GTX 1650 chip, while maintaining high frame rates and low power demands. It’s worth noting that a full-spec GPU might end up being thermally throttled in the confines of laptop cooling anyways.

The GTX 1650 is one of the latest Turing-based graphics cards from Nvidia, with the same advanced architecture used in the ultra-powerful RTX 20-series range of GPUs. That means you’re getting the potential for a 50% performance boost over the same class of GPU design from the previous generation. All that techie stuff means you can now get genuine 1080p gaming performance, in an Ultrabook form factor, and away from the plug socket too.

But it’s not just about what’s inside that counts… the Razer Blade Stealth 13 GTX is a beautiful, and beautifully made, laptop. When we normally talk about ‘gaming laptops’ we’re generally referencing large, sharply angular machines, with overly aggressive logos blazing bright with RGBs in every nook and cranny of the notebook chassis. 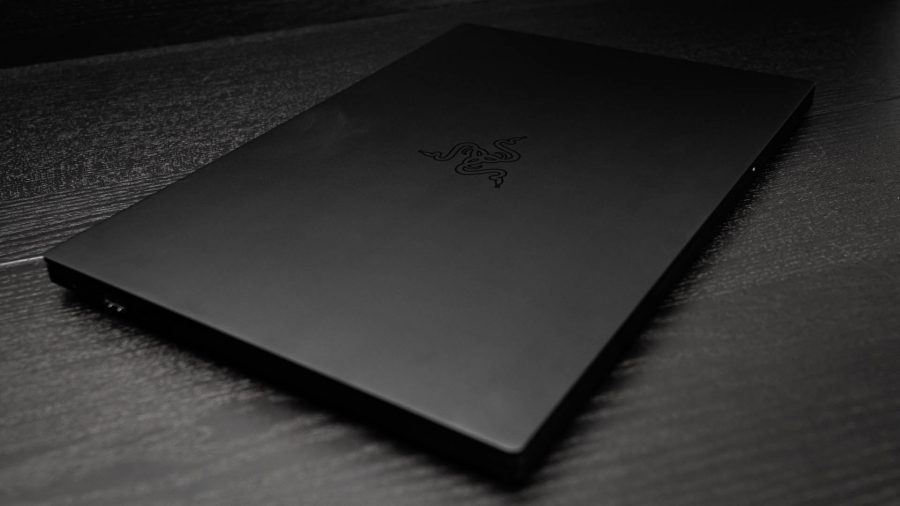 In short, gaming laptops have been pretty universally ugly. But the Razer Blade Stealth 13 GTX is anything but. The anodised aluminium frame is finished in matte black and the even the Razer logo is kept to the same tone, y’know, for added stealth.

But don’t worry, RGB fans, there’s still a nod to classic gaming aesthetics and the Razer Chroma feature. The chiclet keyboard is backlit by RGBs offering 16.8 million colours and customisable lighting effects. And while you may still want a Razer mouse plugged into one of the full-size USB Type-A ports when you’re gaming, that huge glass trackpad takes up over a third of the space below the keyboard and is as slickly responsive as you could wish.

The new GTX-version of the Blade Stealth 13 isn’t the only option available, with 4K screens on offer and the stunning Mercury White model delivering the highest performing Intel Ice Lake processor and graphics combination. But for us, this Blade Stealth 13 GTX, the first gaming Ultrabook, is the only one we want.