The new Sunny Cove core, the beating silicon heart of the 10nm Intel Ice Lake CPUs, is going to provide between a 15% and an 18% IPC performance improvement over its last generation of processors. Considering AMD is about to post around a 12-13% IPC uptick in order to catch up with Intel, that could be significant.

Intel’s pre-emptive reaction to the Computex announcement of the AMD Ryzen 3000 range of processors has been to start talking up its 10nm Ice Lake processors in more detail. We’ve already heard that Intel has measured gaming performance that’s “nearly double” that of its last-gen chips because of the improved processor graphics, but now we’re getting down and dirty with the Sunny Cove core’s IPC advancements too.

We spoke with Intel last week, ahead of this morning’s Computex keynote (or this afternoon if you’re roleplay the biggest PC tech show on the planet and resolutely staying on Taipei time), and it was keen to dig into the instructions per clock (IPC) performance uplift of the new Sunny Cove architecture. Mostly in response to a piece I wrote about how the new Ryzen chips mean Intel is about to lose its hold on the gaming PC.

So AMD has announced it’s kicking off the Ryzen 3000 generation with a 12-core, 24-thread CPU, keeping the 16-core chip in reserve in case it needs something weightier in the future. Prior to the show we heard rumours that 16-core benchmarks had provided around a 12.5% IPC boost over the previous top chip of the last generation, the Ryzen 7 2700X.

Pet sounds: These are the best gaming headsets around today

That essentially gets AMD to around the same level as Intel’s current processors in terms of single-threaded performance, potentially taking away the last argument against using a Ryzen processor for your gaming PC. With more cores, at a lower price tag, and with equivalent single-threaded performance, why would you go Intel if you’re putting together your own gaming rig? 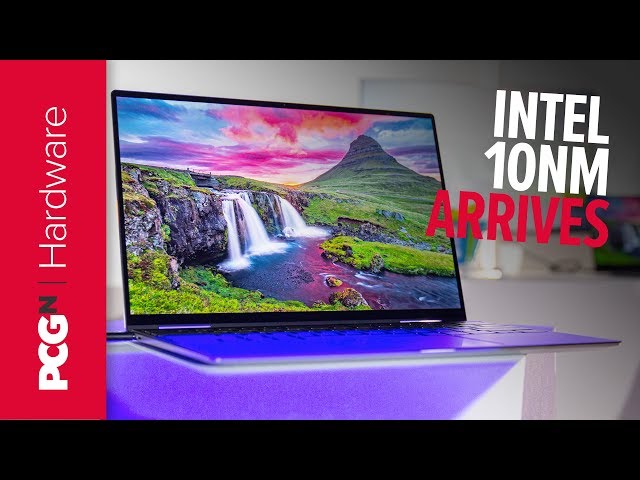 Well, if the Ice Lake processors are offering up to an 18% IPC uplift for its next generation of gaming CPUs then Intel would still have a very convincing argument for its chips still being the absolute best processors for gaming.

We’ve been told that a Sunny Cove core, running at 2GHz, will deliver a 15-18% uplift in IPC performance, clock-for-clock, against a last-gen 14nm Intel chip. If that clock-for-clock metric is maintained above the 2GHz mark then AMD is going to have to pull another engineering miracle out of its Zen 3 box of tricks (the one marked 7nm+) to catch up to Intel’s single-core chops once more.

Luckily, for AMD, it’s still going to have a little time of single-threaded performance parity considering Ice Lake is still a long way away. Yes, there will be 10nm Ice Lake processors in PCs for the holidays this year (around Thanksgiving and in time for Christmas), but the Sunny Cove core architecture is currently only scheduled for a mobile appearance and is not expected to appear on the desktop for a while yet. 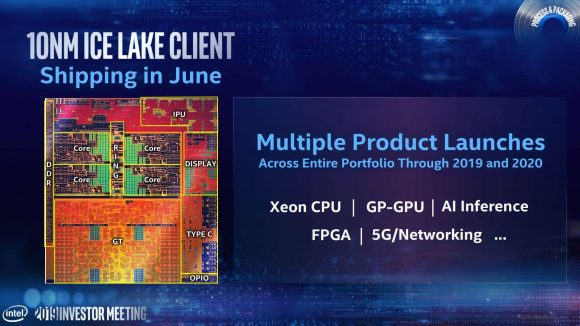 Interestingly in the recent Intel Investors’ Day presentation the Ice Lake slide specifically doesn’t mention desktop processors in the ‘multiple product launches’ going on through to 2020.

Indeed there is the suggestion that we could be waiting until at least 2021 to get 10nm on the desktop. Intel is launching Ice Lake into 2020 for its server parts, and not early 2020 either. With its server-first strategy in place that means desktop Ice Lake processors for us PC gamers aren’t going to appear until at least towards the end of next year.

Some recent leaks have the Intel Comet Lake processors, the generation with the 10-core chip trying to keep up with the 12-core Ryzen 3000, coming early next year with yet another 14nm range, Rocket Lake, following in 2021.

I personally think that’s maybe a worst case scenario. With Intel obviously keen to claw back some ground against the new AMD CPUs I’ve got to believe it will do its best to get Comet Lake out this year with desktop Ice Lake processors no later than next year. If it wants to really start fighting back against AMD in the desktop market, that is.