While you can always buy a new set of keycaps to spruce up the best gaming keyboard, mice are sorely lacking in the personalisation department. Razer's trying to change the game by introducing hot-swappable custom shells to its new Orochi V2 wireless gaming mouse, and I want the feature to become the standard.

Razer didn't make much of a splash in the ultra-lightweight gaming mouse market with the Orochi 2015, itself a sequel to the Orochi Mobile a year prior. The V2 is even more unassuming than its predecessor, coming in the usual black or white outfit and stripping the RGB lighting, but for an extra $20 / £20, you have your choice of magnetic premade shells and the option to create your own via Razer Customs.

Unfortunately, I couldn't make an orange rodent adorned with the PCGamesN logo because creating your own is limited to two colours, a pattern, and three stickers that are already in Razer's library. Instead, I grabbed a premade shell covered in blossom as the sun set over Mount Fuji to match my keycaps. There's something satisfying about threading the whole setup together rather than having a lump of bland plastic sitting beside your keyboard.

The Razer Orochi V2 Customs Edition will set you back $89.99 / £89.99, but there are a couple of things to note before you rush to the checkout. Firstly, only the black V2 is available with a custom shell, which might put you off if you have a lighter coloured setup. And secondly, take your time deciding what custom shell you want, as Razer isn’t selling them separately at launch. This could change in the future, but for now, you’re stuck with what you get unless you want to buy the entire mouse again. 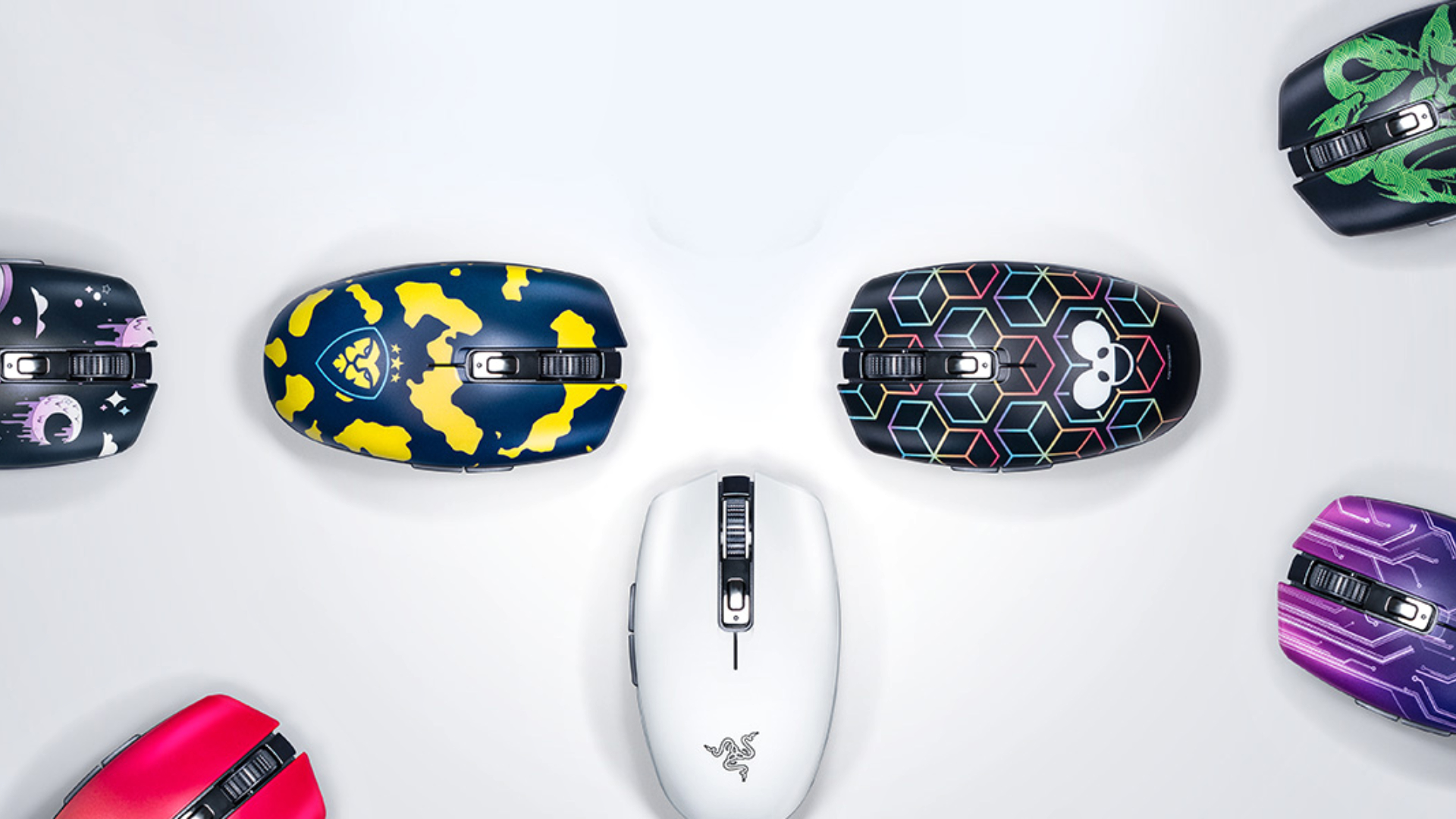 It’s not all form over function, though, as the Orochi V2 is designed to go up against modern featherweight clickers like the Logitech G305 and the Logitech G Pro X Superlight. For better or worse, it’s smaller than its rivals at just 108mm long, 60mm wide, and 38mm tall, and around two grams heavier than the Superlight at less than half the price.

Unlike the original Orochi, the V2 isn’t ambidextrous. It drops the additional side buttons to the right of the mouse and has a slight contour along the left, meaning it’s made with right-handed gamers in mind.

Razer also doubles down on the V2’s wireless functionality, removing the option to plug it in, introducing dual wireless connections via Bluetooth or 2.4GHz, and letting you use either a single AA or AAA battery to power it. Don’t try to use both at the same time, though, as Razer says “it can compromise the structural integrity of the mouse.” The 2.4GHz dongle also supports multiple Hyperspeed devices if you have any other wireless Razer perhiperhals you want to connect and don’t want to fill all your USBs. 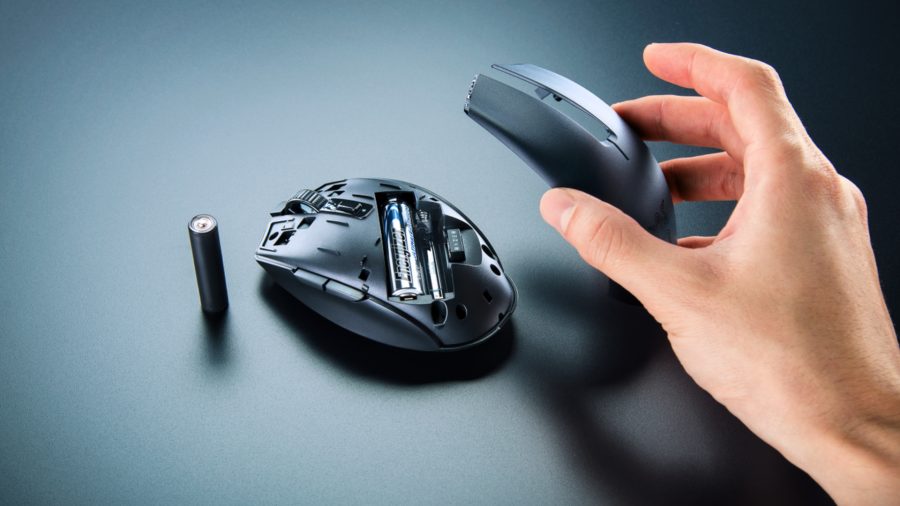 Bluetooth introduces some latency compared to 2.4GHz, but it’s a substantial improvement over the original. Not only did the Orochi 2015 lack the low latency of Razer’s 2.4GHz Hyperspeed, its Bluetooth connection was a bit dicey. I’m happy to report that the V2 maintained a flawless connection on both settings, placing it up there with the best wireless gaming mouse.

Razer claims you’ll get a whopping 950 hours using Bluetooth and around half that using 2.4GHz. I stuck with 2.4GHz for most of my time with the V2 and still didn’t get anywhere near the rated 425 hours game time using the provided AA battery – that would require me to continuously use it for nearly 18 days without a break, fighting against the default power saving mode that hibernates the V2 if you’ve been inactive for five minutes.

You can adjust the period of inactivity to a maximum of 15 minutes in the Razer Synapse software, but the V2 snaps back into action seamlessly, so there’s little reason to. As usual, Razer Synapse also lets you adjust up to five DPI settings and change the keybinds of its programmable buttons – the latter of which is a bit superfluous with a six-button layout. You only get one on-board memory profile, though, so you might spend a lot of time hopping in and out of the software if you have more than one configuration for different games. 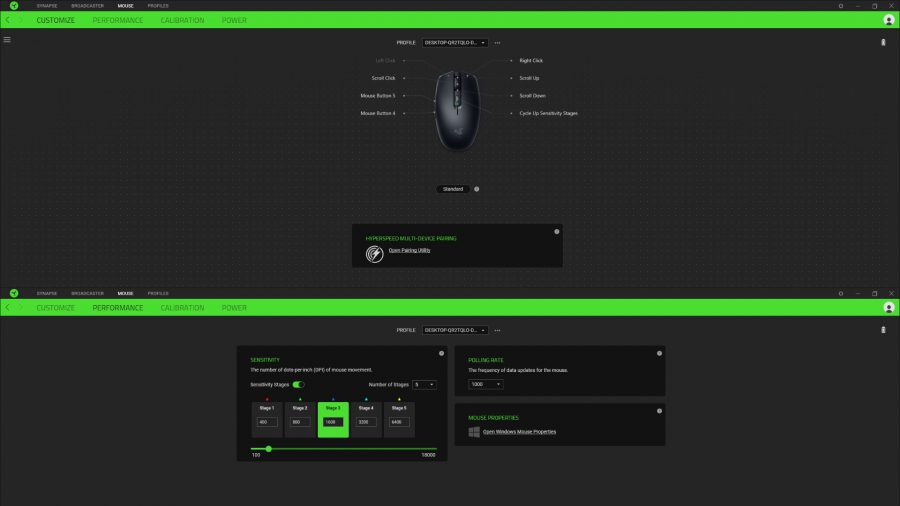 It’s unclear whether the 5G sensor in the Orochi V2 is the same as the Basilisk V2 and Deathadder V2, but it’s as sharp as ever, with a responsiveness that rivals the best. DPI isn’t quite as high as the 25,600 on the Logitech G Pro X Superlight, but 18,000 is plenty for the majority of gamers – if that’s not enough for you, then I tip my hat.

While it’s primed to give you the edge in competitive FPS games, the Razer Orochi V2 is a particularly small mouse and my hands are on the larger side. I found it comfortable enough with my palm grip in my day-to-day, but my hand began contorting a little during tense moments trying to clutch rounds in Rainbow Six Siege.

Custom shells may look pretty, but they aren’t designed to combat claminess with their smooth finish. I often swapped back to the default black husk when playing competitive games so I can benefit from the textured, grippy body, and stop it slipping out of my hand. Razer now sells universal grip tape separately, which works a charm to fix the issue of sweaty hands, but covering the special design defeats the purpose.

Instead, I just swap between the two cases, relegating my blossom chassis to casual games and office hours. It’s an easy switch, so long as you don’t lose the loose shell. 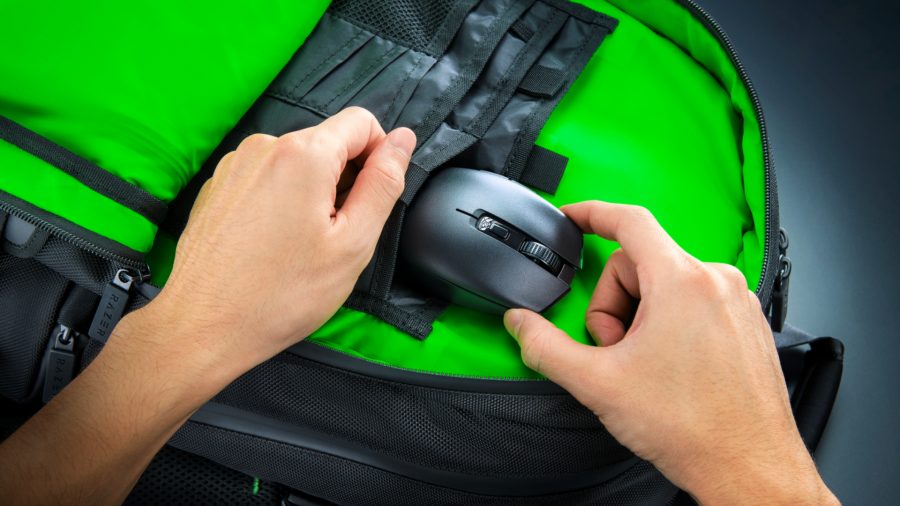 I never knew I wanted a customised gaming mouse until I got my hands on one. The Razer Orochi V2 is a refreshing change of pace to the usual that’s unfortunately hampered by a restricted pre-designed process and the inability to grab shells separately. I don’t see this level of customisation becoming the norm with so many different shapes and sizes to cater for, but it’s a feature I’d love to see developed further in the future.

Its smaller size won’t agree with everyone, but it makes the Razer Orochi V2 the best gaming mouse to travel with. Dual wireless connectivity is also a blessing, safely housing the 2.4GHz receiver inside the chassis when you’re on the go with the best gaming laptop. Its diminutive size doesn’t cost its sturdiness, either, as its second-generation mechanical clickers feel as robust as its bigger brothers.

The greatest thing about the Razer Orochi V2 is that it doesn’t strip too many features to achieve its neat $69.99 / £69.99 price point for the standard black or white model, which is less than half of the $149.99 Logitech G Pro X Superlight. And $20 extra isn’t a big asking price for a special design from Razer Customs, if one catches your eye.

Razer's first attempt at hot-swappable custom shells is impressive, but currently too restricted. The Orochi V2's price is the real star of the show, wrapping an ultra-lightweight design and great sensor into a fantastic travel companion.