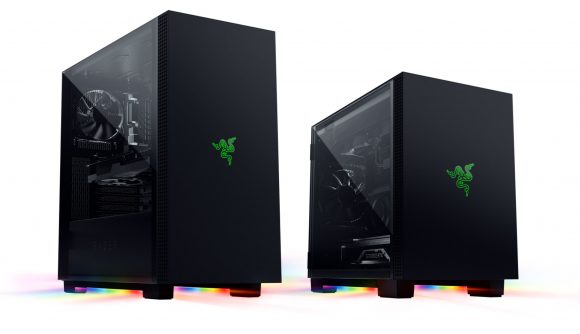 While we’ve had no confirmation from Nvidia yet on the existence of the RTX 3080 Ti or RTX 3070 Ti, the barrage of recent leaks suggests an announcement from the company on the two models isn’t far away. This suspicion has been further heightened by Razer product pages on Chinese store Tmall, listing prebuilt PCs specced with both the 3080 Ti and 3070 Ti.

Tmall has since removed the two listings, but not before Harukaze_5719 took screenshots of the pages. It doesn’t look like it was an input error either, with the 3080 Ti and 3070 Ti listed with 12GB and 8GB of GDDR6 VRAM respectively, matching earlier rumours regarding their capacities.

With the possibility of Nvidia announcing the cards at its Computex 2021 keynote on June 1, the timing of these leaks further suggests there could be something to them. While Nvidia hasn’t announced GPUs at this conference before, the rumour that both models should release in June suggests Computex is the place where we should hear more.

The RTX 3080 Ti in particular has a good chance of becoming the best graphics card around, with the rumoured specs coming close to the $1,499 RTX 3090 powerhouse.

With Nvidia now planning to nerf all future gaming GPUs against crypto mining, we’ll have to see whether it helps reduce stock issues of the 3070 Ti and 3080 Ti upon their release.