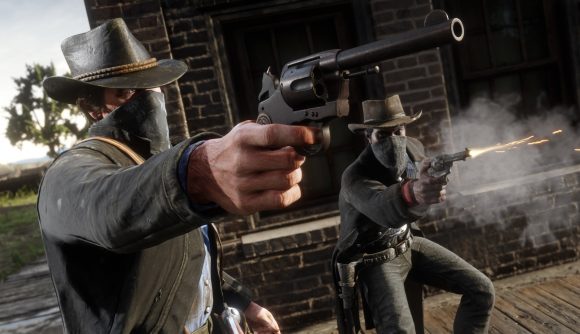 You can now pick up Red Dead Online‘s new Outlaw Pass if you fancy rustlin’ up some baddies for a tidy fee. Rockstar has released a Newswire post for the western game, but players have been jumping in to see what’s new since the game updated a few hours ago.

The Prestigious Bounty Hunter License will set you back 15 Gold Bars, while the new Outlaw Pass will set you back 40 Gold Bars and comes with 100 ranks you can level through. If you complete it, you’ll get 30 Gold Bars, cold weather clothing such as the Morement outfit and Washwood Fur Coat, and new satchel and skill pamphlets to name a few. There are plenty of other goodies, too, such as manes and tails for your horse alongside camera filters.

The pass is available until March 15, 2021, but the rewards you pick up will persist beyond that point. It works similarly to the Naturalist update in the way that you get new missions to do each week. Rather than tracking animals, though, you’ll be taking on bounties and going after whoever is unfortunate enough to have a fee on their head.

One of this week’s targets is a fancy man in white called Gene ‘Beau’ Finely – a rich chap who hires fancy shooters with his father’s fortune. Listening to him ramble and whine as you take him to the nearest jail is as annoying as you’d think.

The download itself isn’t too meaty, either. Folk are reporting on Reddit that it’s 2.8GB on Steam, 5.2GB on Rockstar’s launcher, and 2.96 GB on the Epic Games Store. 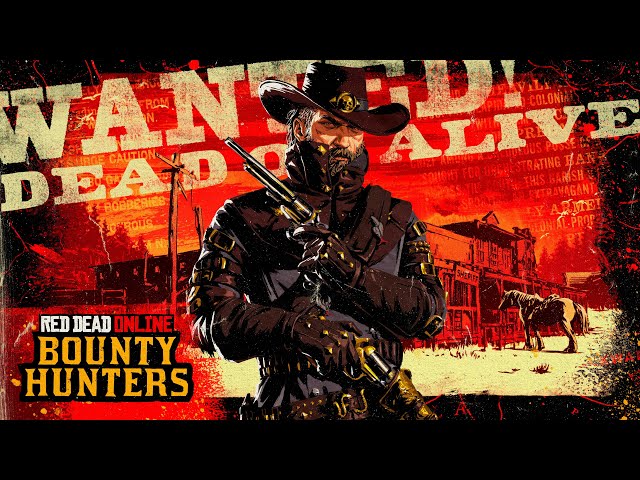 Red Dead Online is also going standalone today on Steam, Epic, and Rockstar’s launcher. You can pick it up for as little as $4.99 until February 15, 2021. If you’ve been on the fence about jumping in, it looks like now may be as good a time as any.

If you’re looking for more ways to enjoy Red Dead Redemption 2, you should check out our RDR2 RP guide to find out how to get into the roleplay scene. You can even roleplay as an outlaw if you fancy it.