Playing Red Dead Online as a buck and charging into whatever crosses your path is old news. The new trend is turning into a rabbit and, somewhat timidly, hopping around for five minutes.

As part of the western game’s weekly online update, you can now purchase the rabbit Vitalism Studies pamphlet from Harriet. It is worth noting, though, that it sets you back eight Gold Bars, which is not to everyone’s liking so far. If you do buy-in, the rest of the steps are similar to becoming a buck in Red Dead Online. You have to get three batches of Harrietum Officianalis flowers, and then you can hop around to your heart’s content for five minutes. Here’s the Jean Ropke map in case you don’t know where you can get them.

Players have also reported on Reddit that this week’s legendary animals are the Ridgeback Spirit and Oziwa bears, which you can stumble across in free roam. People have also noticed the Perfect Possum and Racoon Pelt in the weekly collections alongside Owl Feather. I imagine Rockstar will post an official update later today, as it tends to do.

One of Red Dead Online’s community mods managed to datamine Harriet’s pamphlet before the Vitalism Studies was added to the game. Going off that, it looks like a boar or possum is next.

You can also see some gameplay of the rabbits down below: 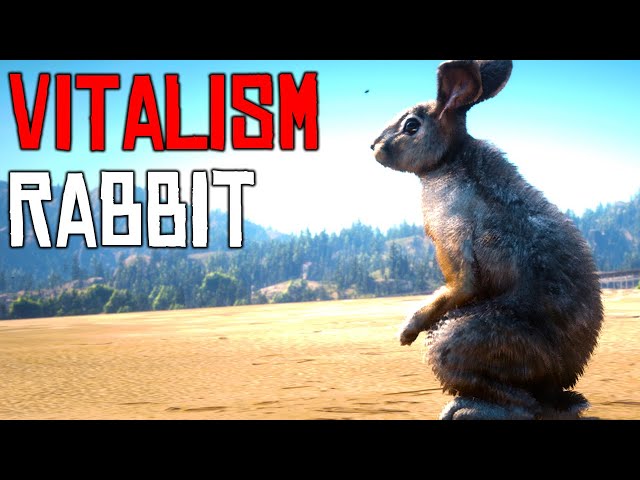 If you’re looking for more things to do in the open-world game, you check out our RDR2 RP guide to find out how to get into Red Dead’s roleplaying scene. Maybe they’ll let you pretend to be a rabbit.