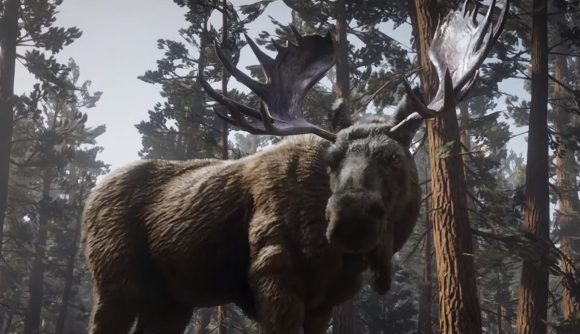 It’s update day in the wild west of Red Dead Online, so players are noodling around to see what’s new this week. Rockstar Games will post the official rundown later on today, but why wait?

A new legendary animal hunt is the most notable thing there is to do this week. If you head on over to Harriet, she’ll tell you that she’s got word of a Ruddy Moose that’s been sighted. It stands out as it has red antlers, so you’ll know it when you see it. Once you’ve picked up the quest, head on over to West Elizabeth and eventually you’ll come across a photographer who warns you not to go into the woods. He was just there, and a moose charged at him as he was setting up a shot.

As you follow the trail into the woods, you’ll eventually come across certain clues. Alongside scents, the items are things that belonged to the photographer. One example is his smashed up tripod. Finally, you’ll run into the Ruddy Moose, and at that point, you’ll need to decide if you want to sedate them and take a sample to Harriet, or gun them down and take the fur to Gus for a new coat.

If you’d like some more visual information, you can check out the guide down below: 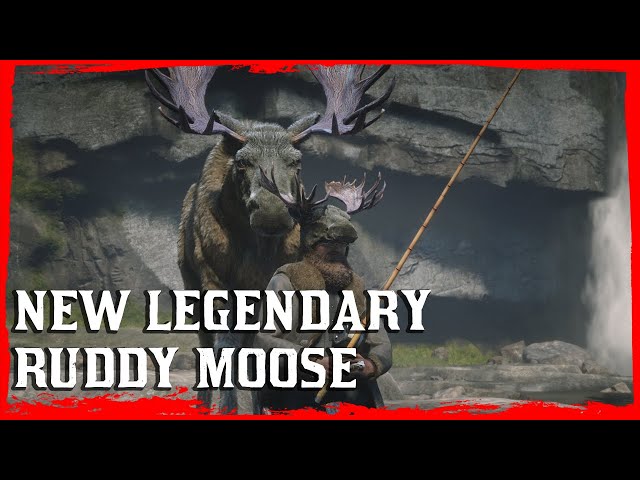 Elsewhere, this week’s update looks like slim pickings. The Black and White Collection is up for $30 in-game currency and will land you a perfect skunk pelt, perfect badger pelt, and a seagull feather.

As we say, though, Rockstar will likely post an update on its Newswire so there may be some more goodies.

In the meantime, though, if you’re looking for more things to do in the game you could always try some RDR2 RP, or hunt Red Dead Redemption 2 legendary animals in the western game’s offline mode.