Looking to make some quick RDR2 gold on PC? Red Dead Redemption 2 is finally available on the PC – although it’s launch has been a tad rocky. The open-world Wild West game title is fantastic and you can read more about just how fabulous it is in our RDR2 PC review. There are a ton of places to go, things to do, and trains to rob. Once things open up, though, it can feel overwhelming to figure out what to do next.

Players will quickly learn that money makes the world go around in Red Dead Redemption 2. You use money to support and upgrade your camp, to buy better RDR2 weapons and supplies, and even to pay off the local lawmen to remove bounties on your head. However, early on you’ll find yourself severely shot on funds with a lot of hungry mouths to feed. A botched job before the start of RDR2 leaves your crew practically penniless, and you need to do your part to help them all survive.

So how do you get more money fast in RDR2? There are a lot of ways to make money in Rockstar’s cowpoke sim, and some are more lucrative than others. Learn how to get ahead and start swimming in cash with our RDR2 money guide! 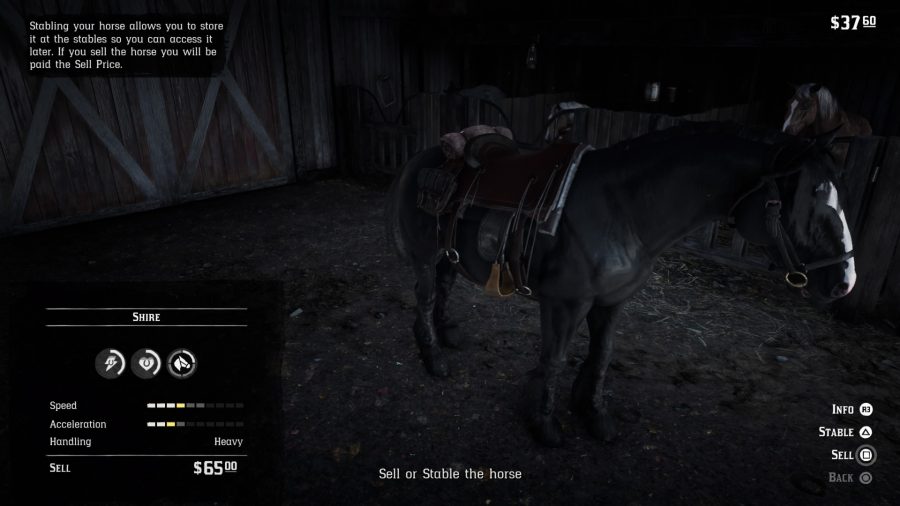 Loot corpses (and the saddlebags)

Early on, there won’t be a lot of easy ways to make cash, so one of the best ways to start making cash in a steady and sustainable manor is to loot the corpses of the people you kill – you’ll be doing plenty of this anyway. They will generally have some ammunition, and sometimes valuables that can sell for a few dollars apiece. The dead’s saddlebags will typically boast even more supplies.

However, looting bodies, as dead as they are, is considered illegal. If a lawman catches you doing it, you can have a bounty put on your head. Additionally, the goods you loot are considered illegal, and you can’t sell them at any general goods store. You’ll have to seek out some RDR2 fences (unlocked in Chapter 2 after the mission The Spines of America) to sell them.

You can even sell stolen horses, and well… the guy you just killed isn’t using it anymore. Stolen horses don’t always go for a lot but if you’re looting the corpses it’s worth grabbing a horse to fence as well.

A mission in Chapter 1 will stress the importance of wildlife – take that lesson to heart. If you decide to go down the hunter-gatherer path there is a lot of money to be had, provided you’re patient and hone your skills, much like actual hunting. 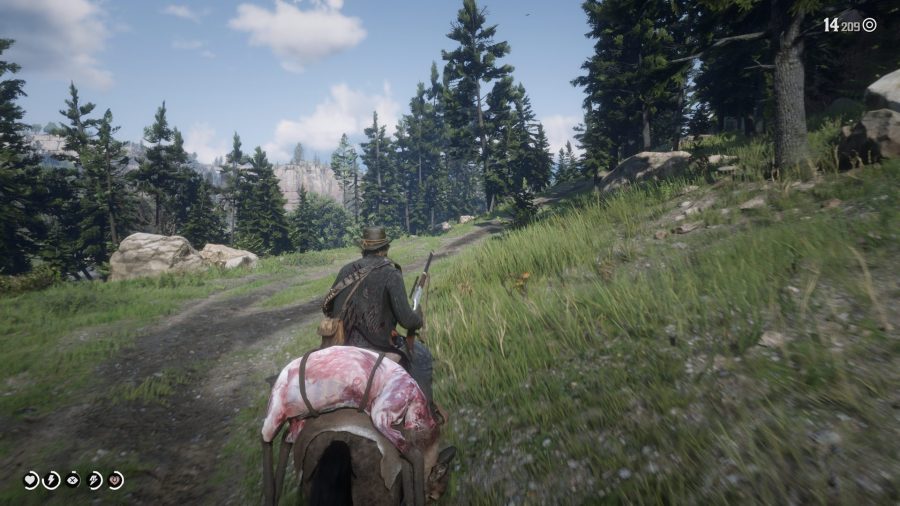 How to get perfect pelts in RDR2

If you’re good at getting clean kills on wildlife (generally hitting them in the head or neck with a bow or other designated hunting equipment), you can sell the carcass for both its meat and the perfect pelt. If you decide to riddle a deer with bullets, you’re going to get far less for the pelt than you would one with fewer holes in it. Getting pristine pelts isn’t always easy, but it’s worth the effort and you can use them to upgrade your RDR2 satchel.

While it also takes patience and skill, you can also tame some wild horses and sell them for profit. Any wild horse will get you some money, but if you nab a horse that’s particularly agile or durable, you can be set to make a pretty penny. Just make sure you don’t want to keep the horse for yourself, as the temptation of adding a new prissy pony to your collection is intense. 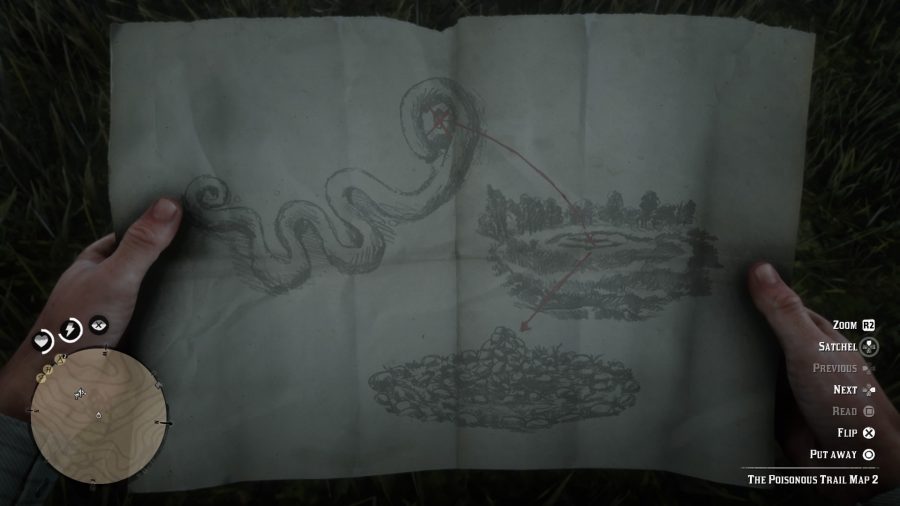 Throughout RDR2, you’ll be able to get treasure maps, which give you a hint at places to go for ample rewards. The Jack Hall Treasure Hunt can be started as early as Chapter 2, and you can buy the map from Maximo at Flatneck Station. This will begin a line of treasure hunts, and at the end there will be two gold bars. Each gold bar sells for $500, so that’s a cool $1,000 to your name. This is on top of the other rewards you’ll get while going along this quest.

The Jack Hall gang’s Treasure Hunt isn’t the only set of quests you can take either. Treasure Maps will offer varying rewards, but grabbing maps and going off on an adventure can be surprisingly lucrative.

Take the chance on bandit camps

If you see smoke rising nearby while you’re roaming the wilderness, in all likelihood, there’s a bandit camp nearby. Bandit camps will have a bunch of great stuff that you can rob and sell, but there is one issue – you need to kill the bandits guarding the loot. Generally, though, taking out a bandit camp is worth the time and bullets you use. 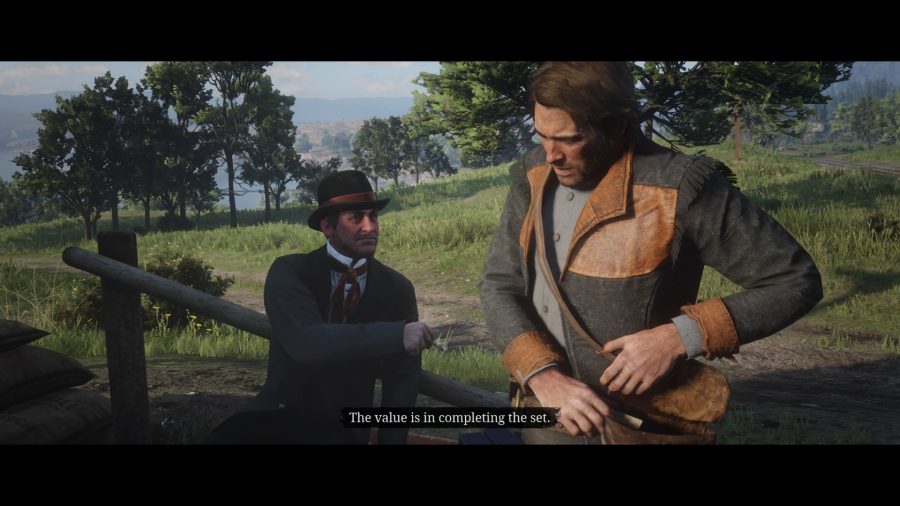 Occasionally, you’ll see people along the side of the road that need some help. Usually, they’ll just need a ride to a nearby town. Pick them up and escort them to the town and you’ll get a reward later. These rewards range from new guns to other valuables, and it doesn’t take much effort to help strangers out, so it’s a good way to make a little money on the side.

Also, just in general, it’s good to be as upstanding of a citizen as possible in RDR2. Having a good reputation with the locals can get you discounts at shops, among other things. Also, it’s just nice to not have to pay off the bounties on your head, as they can get expensive really quickly. No bounties mean no bounty hunters, either. 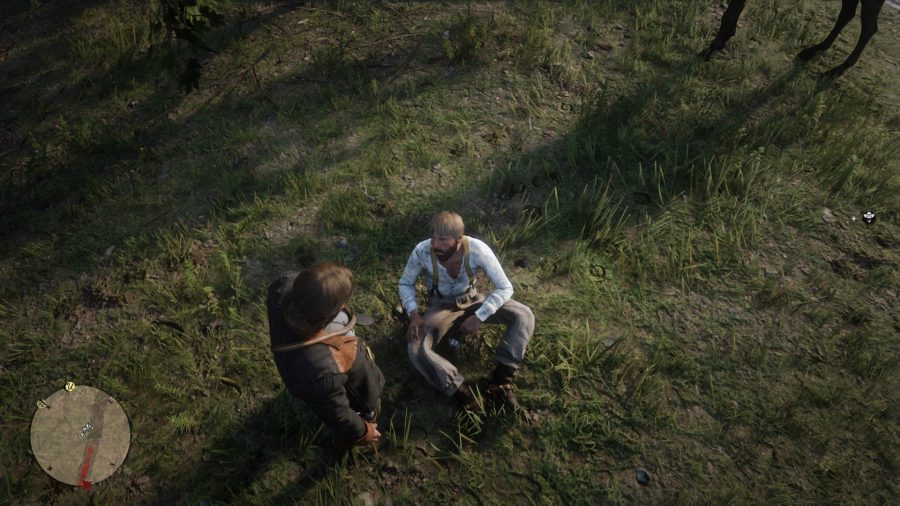 If you’re on the up-and-up in town, you can take on Bounty Hunts for extra money. Wanted posters in the sheriff’s office will give you bounty hunting missions, and capturing the bounty can get you a hefty reward. Some of these missions are even repeatable, making this a viable income source.

This might sound silly, but sometimes the best way to get a cache of cash is just to move the story forward. As you progress in Red Dead Redemption 2, more locations will unlock, and with that, more options to make money. Some big main missions will pay out in dividends – you are technically an outlaw after all, and sometimes you’ll be pulling off a big heist for a nice payday.

Side missions are also a decent source of money, and they’ll net you all sorts of helpful rewards. While hunting and other side tasks can get you some money, sometimes you just need a good high-risk robbery to fill your wallet.