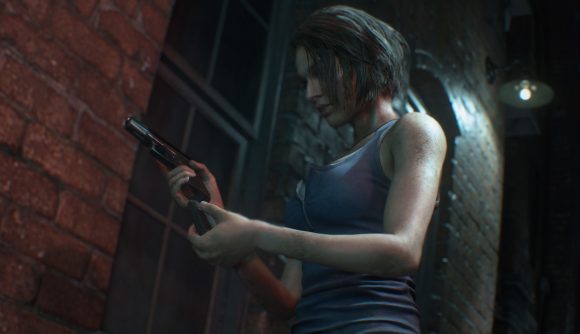 If you’re counting the days to the Resident Evil 3 remake release date, you might be eyeing that pre-order button on Steam – and now a fresh discount on the PC version of the game has made the promise of early purchase even more enticing. Nearly three months ahead of launch, you can already pick up a Steam version of the latest REmake for 25% off.

Steam keys for the Resident Evil 3 remake are available through Green Man Gaming. The store page shows a 21% discount, and you can bump that discount up to 25% with the voucher code ‘RESI3VIL’. That brings the price down to $44.99 USD – you can check out the site itself for your regional equivalents, but GMG typically supports Steam keys and activation for a wide variety of regions.

There’s occasionally a delay on release before GMG distributes its pre-ordered Steam keys. Hopefully that won’t be the case here, but if you’re itching to play the game as soon as it unlocks, do be aware of that. The GMG version still includes the classic costume pack you get with other pre-orders.

We’ve already gotten a look at the Resident Evil 3 remake system requirements, so you can prep your machine for what’s coming. Check out the best horror games on PC if you need to fill the days before RE3 launches on April 3.