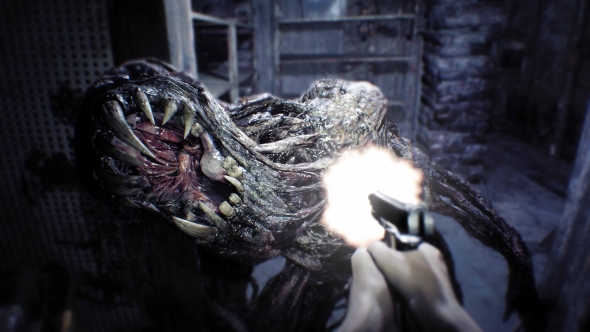 Resident Evil 7 has brought the series back from the camp to the horrific again. How much that pleases you probably depends on how strong your stomach is. The other good news for PC horror fans is that it runs pretty well on our machines too… unless you’re running an SLI multi-GPU system. But while there’s still no official support there is another way.

Feeling in the mood for more performance tweaks? Check out our guide on how to overclock.

Despite a new Game Ready driver coming out from the Nvidia skunkworks, aimed at optimising GeForce software for the release, there’s still no official support should you be one of the few running two or more Nvidia graphics cards in your system.

If you are a card-carrying member of the SLI crew that’s probably par for the course at the launch of a new AAA game, but you also might know there are still some tricks you can play on your rig to make sure one of your expensive GPUs isn’t just sat idly twiddling its fans while you play. 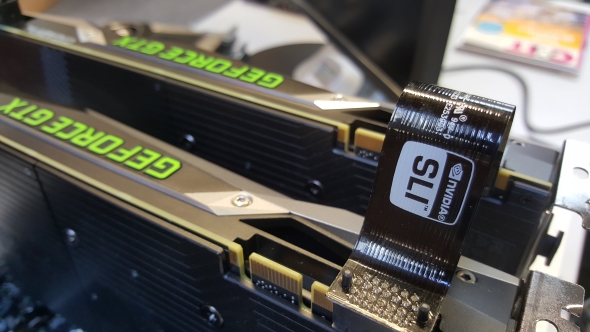 The Nvidia Inspector app is your friend here and you can download it for free from sites like Guru3D. With it you can select different existing SLI profiles to run games that wouldn’t normally support it.

With Resident Evil 7 you can trick it into using the Batman: Arkham Origins profile. That will let you grab a meaningful performance boost as your secondary graphics card is now able to get in on the action rendering scenes of utter carnage, fleshy horror and filthy beehive-aping lady’s unmentionables. In some parts of the game users have seen up to a 60% average frame rate boost. 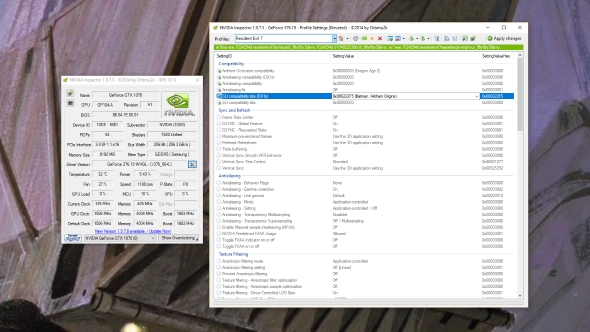 It’s straightforward to set up. Once you have the the latest drivers in place, and the Nvidia Inspector app installed, you simply hit the ‘Profile Settings’ button (crossed screwdriver and spanner logo) and select the current Resi 7 profile.

Then, in the SLI compatibility drop-down at the top, scroll through and look for the Batman: Arkham Origins profile and select that. Jab your pointy mouse pointer at the ‘Apply Changes’ button and you’re good to go.

Any SLI’d Resi fans out there? Let us know how you get on if you give your rig a tweak.